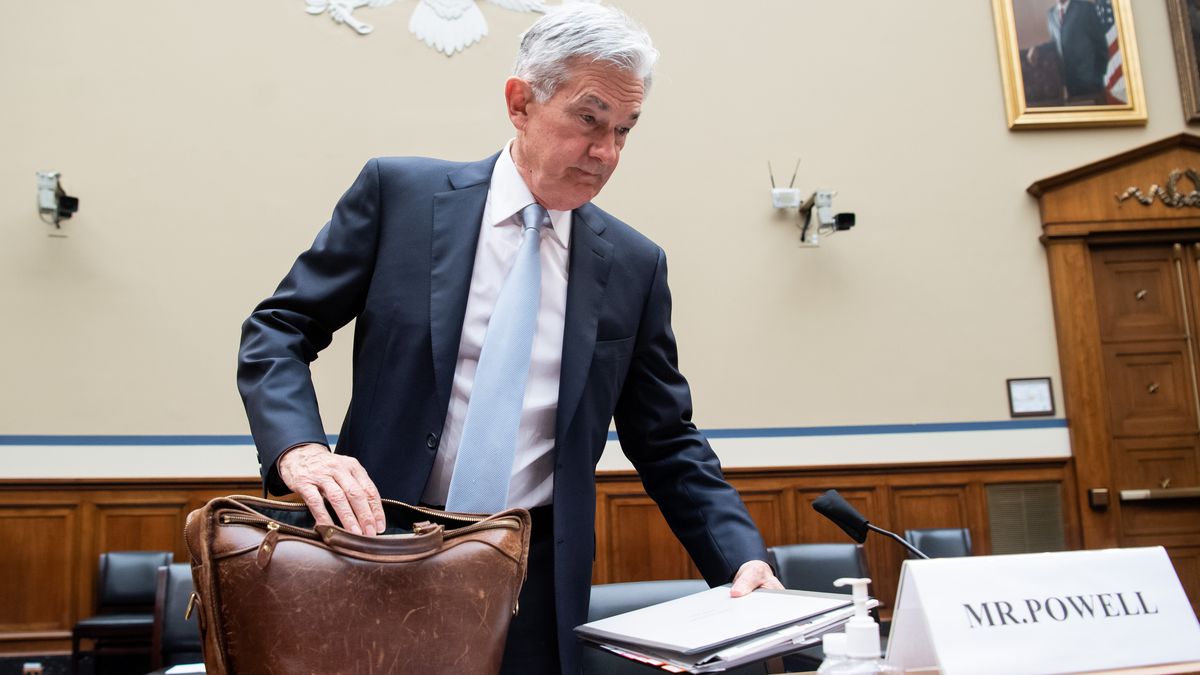 The president of the Federal Reserve (Fed), Jerome Powell, has shown this Friday that he is willing to begin to reduce by the end of 2021 the purchases of assets worth 120,000 million dollars per month, one of the stimulus measures used to combat the coronavirus crisis. This has been Powell’s main message, a signal that confirms the context of strengthening the economic recovery and the labor market, which added 943,000 new jobs in July. At the same time, the head of the central bank has for the moment ruled out an upcoming rise in interest rates from their current levels to cope with high inflation, which is at its highest level in more than a decade.

These have been the main keys thrown from Jackson Hole, the annual conference that brings together central bank officials in Wyoming. Powell used his intervention, closely followed after 17 months of the pandemic, to reassure the markets in what he considers a prospect of frank recovery. They bought the message: after his speech, the European and American stock markets rebounded and the price of oil rose. At the most recent meeting of the central bank, held in late July, Powell already let it be known that the economy had evolved as anticipated, which could lead the way “to begin to reduce the pace of asset purchases” that the Fed established since March 2020 to prop up the economy.

Powell considered that inflation is suffering temporary effects that will fade once the economic reopening is consolidated in all sectors. The July figure, 5.4%, is the highest level of inflation in the United States in more than a decade. The Fed trusts that this will be gradually reduced in the coming months until it reaches the 2% target. And he blamed the rise in prices on the surge in energy prices and higher prices of goods due to the shortage of certain products that have caused bottlenecks in world trade amid high demand.

The head of the Fed has said that history has taught in episodes of 1950 and 1980 that sometimes a response from the central bank “can do more harm than good.” “If the central bank tightens its economic policy in response to temporary factors, the effects of this will probably come after they are needed,” Powell said in his recorded message. “Today this could be particularly damaging” for a labor market that is emerging from lethargy while the fight against the pandemic continues in several States, affected by the rebound of the delta variant.

The official, who ends his term at the head of the central bank in February 2022, dedicated a good part of his message to the recovery of employment, a fact that has worried analysts for months, but that in July he finally presented a positive data. “The picture has cleared considerably in recent months” thanks to an average of 830,000 new jobs in the last three months. The crisis, Powell recalled, left 30 million workers without jobs in just two months of 2020. The unemployment figure is 5.4% the lowest in the times of the pandemic but “still very high” by the standards of The normality. This panorama may improve in the coming weeks if the rate of vaccination continues, with the return to school in person of more than 50 million minors and, above all, with the end of the incentives for unemployment, planned for the first fortnight of September. “This will remove some factors that would be holding back job seekers,” Powell said.

Forecasts point to a 7% growth in the United States economy by 2021. Despite optimism, Powell said there is still a long way to go and called an eventual rise in interest rates “untimely”. a range of between 0 and 0.25% since March 2020.

The future of the Fed and the economic recovery in the coming months is in the hands of President Joe Biden. Forty of the seven members of the board will be left vacant in the coming months. The White House must make the nominations of those who must fill the positions that are released and that must be confirmed by the Senate. One of the questions that analysts are asking is whether Biden will support the continuation of Powell, a successful private fund manager at Carlyle before his arrival at the institution. His tenure has been applauded by both Democrats and Republicans. In September it must be confirmed whether he will stay at the head of the central bank for a second term. Biden’s economic advisers, who acknowledge Powell’s work, are also considering appointing a more aggressive profile to the vice presidency, a position Randal Quarles left in October. Richard Clarida, Powell’s right-hand man, also ends his assignment in January. Another seat on the board remains to be filled.