Post-traumatic stress after the covid-19 pandemic 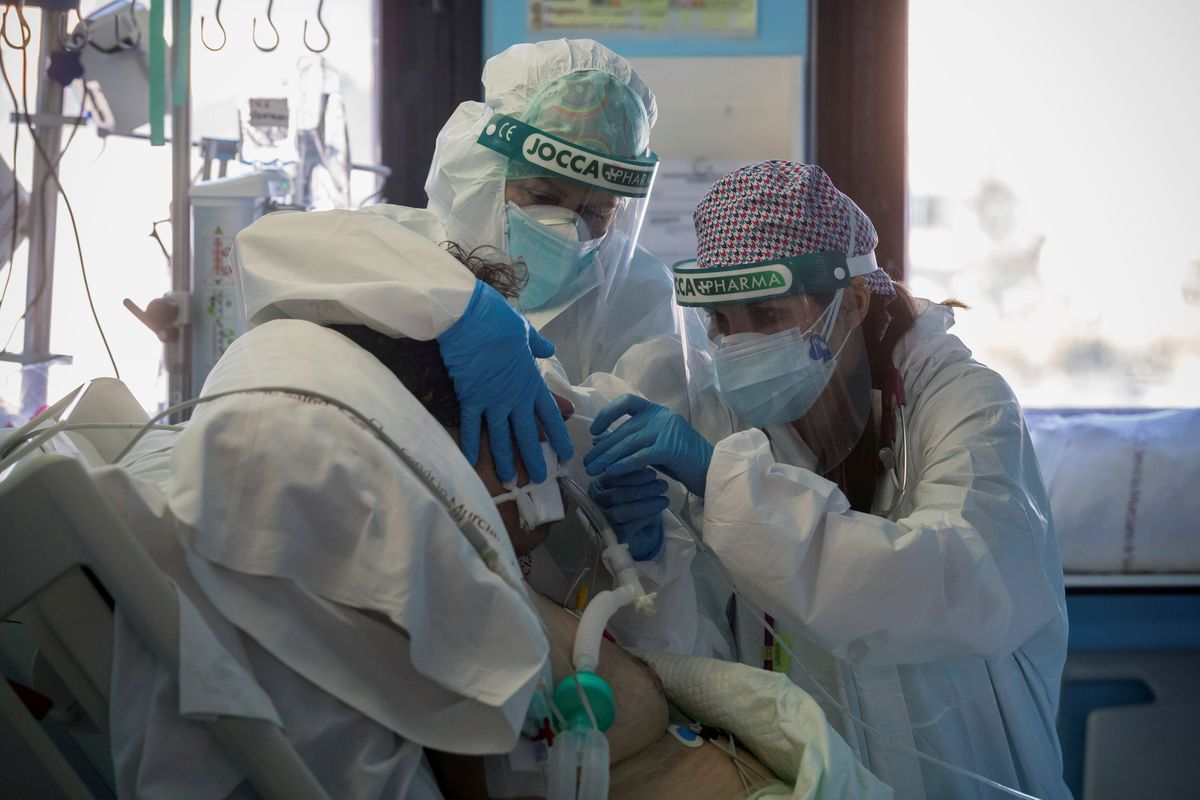 Some people who have been in danger of death from coronavirus in an intensive care unit and have managed to survive could suffer from post-traumatic stress, a disorder that causes those who have lived an intense negative experience to form intrusive memories of fear that periodically provoke thoughts, nightmares, exacerbated nervousness and stress in any situation in which stimuli related to the original trauma are evoked or remembered. It is not something new, since it is the same type of disorder suffered by some of the war veterans who saw their comrades die in combat or some of the women assaulted or raped with violence, but it can increase its prevalence throughout the planet due to the traumatic experience of becoming seriously ill from coronavirus.

Clinical psychology has not stopped fighting against post-traumatic stress, but the treatments tried have not achieved an effective cure, only temporary relief that often ends in relapses. One of the classic treatments has consisted of subjecting those affected to prolonged exposures, real or imagined, to the same stimuli that cause the symptoms, such as the threatening gun or the place of the robbery, which in laboratory experiments with animals has shown to be effective to produce their disappearance. Today we know that this procedure, called extinction, although it does not erase the traumatic memory, creates in the brain new memories of relief that are imposed on the undesirable ones. But clinical experience shows that approximately half of those affected relapse into the disorder, so the struggle to erase traumatic memories from the brain does not stop.

A special treatment is promoted by Field Trip, a psychedelic clinic in Manhattan (New York). She was attended by Rachel Feltman, the executive editor-in-chief of Popular Science, the main scientific journal in the United States, to receive a treatment with the drug ketamine (used as an anesthetic in surgery) to combat post-traumatic stress that years ago an abusive relationship with a partner caused him and still lasted. Ketamine has previously been used to treat depression with promising results. Thus, an investigation by the NIMH (National Institutes of Mental Health, USA) observed improvements in 75% of depressive patients treated with it, an effect that, surprisingly, was already noticed the day after a simple intravenous injection and lasted for a week in at least a third of those injected, thus exceeding what sometimes requires years of traditional therapy or medication. Ketamine has been suggested to work by reactivating receptors for glutamate, a disabled brain neurotransmitter in patients with depression, but that mode of action is uncertain.

About half of those affected relapse into the disorder, so the struggle to erase traumatic memories from the brain does not stop

Rachel Feltman’s particular experience, just as she explains, consisted of two ketamine injections a week for three weeks. The psychedelic journey produced strange perceptions of stillness, well-being, and acceptance of herself, and three months after the last injection she felt better from her trauma, but not as well as a few weeks earlier. The effect, therefore, was temporary and Rachel had to return to her previous treatments, such as talk therapy and meditation. Ketamine, however, says the journalist herself, helped her feel that she was not trapped, as she had felt, in a kind of “haunted house”, but that she herself was that house. The memories, horrors, and musings her PTSD caused were not her ex, but herself. This being the case, we can assume that ketamine, rather than erasing his intrusive memories, seemed to act as extinction therapy, creating in his brain and mind new ways, also temporary, of feeling the evocation of the traumatic experience.

On the other hand, in experiments with rodents it has been observed that the best time to try to erase a memory is precisely when it is reactivated, that is, when we are evoking it, when we remember. The metaphor is a pot of food. To add or remove something before putting it on the fire, you have to open it, remove the lid, because while it is covered, its content cannot be modified. Something similar happens to memories, if we do not open them by evoking them, that is, by remembering, we cannot change them. Each time we evoke a complex memory, its brain imprint weakens and is remade again, strengthening and even modifying its contents. The process is called memory reconsolidation, and it requires the neurons involved to synthesize new proteins, so it can be prevented by injecting chemicals into the brain that prevent that synthesis. That is, chemically we can prevent a memory, once reactivated and thus weakened, from forming again. For example, in order for a rat to stop feeling fear when hearing the sound it has associated with an electric shock in its legs, what we do in the laboratory is to present that sound to it and immediately afterwards administer an amnesic substance that it no longer needs to go followed by shock, because the next day, when the rat hears the same sound, it no longer shows signs of fear. Sound-reactivated memory is thereby erased, directly exposing the rat to the original situation that created it.

Chemically we can prevent a memory, once reactivated and thus weakened, from forming again

But in the clinic with humans, the reactivation of memories is not achieved directly, subjecting the patient again to the original traumatic situation, but indirectly, making him imagine that situation or the stimuli related to it, such as healthcare personnel, tubes and tubes. Instruments used in the ICU for trauma patients who have had a severe coronavirus infection. Of all the stimuli related to trauma, the place where the experience was lived is especially important, since the neurons of the hippocampus, a region of the brain, can register that place as a spatial memory of fear of what happened, which, as we say , can be prevented by drugs that inhibit protein synthesis.

Now, to try to facilitate the erasure of undesirable memories by enhancing their relationship with the place where they originate, a team of neuroscientists from the University of Texas (USA) It has reversed the traditional way of creating a memory of fear in rats, because instead of presenting it first a sound followed immediately by an electric shock to its feet, what they do is presenting it first the shock and immediately afterwards the sound. This investment has the advantage that the sound is primarily associated with the place where the rat hears it, but also, indirectly, with the shock that it previously received there. That place is then registered in the hippocampus as a memory of fear that the researchers manage to attenuate by injecting the rat with the drug rapamycin, an inhibitor of protein synthesis, immediately after evoking it by presenting it with sound again.

Furthermore, the same researchers have managed to chemically mark the neurons in the hippocampus of the rat that form that fear memory, to the point that, simply by activating them with drugs designed for it, they make the rat feel afraid, which manifests itself by staying motionless, as if frozen. All an achievement of modern neuroscientific engineering that tells us that fear memories can be stored in precise places in the brain, where they can be modified or eliminated. The work of clinical psychologists and neurologists can now also be linked to find the best way to activate these memories in patients with post-traumatic stress disorder and try to eliminate them through amnesic treatments administered at the moment they are evoked, that is, when the pot is on. uncovered. Even old and well established memories may be susceptible to attenuation with amnesic chemical agents after an appropriate reactivation session.

Ignacio Morgado Bernal He is Professor of Psychobiology at the Institute of Neuroscience and at the Faculty of Psychology of the Autonomous University of Barcelona. Author of ‘Learn, remember and forget: Brain keys to memory and education’ (Ariel, 2017).

Gray matter it is a space that tries to explain, in an accessible way, how the brain creates the mind and controls behavior. The senses, motivations and feelings, sleep, learning and memory, language and consciousness, as well as their main disorders, will be analyzed in the conviction that knowing how they work is equivalent to knowing ourselves better and increasing our well-being and relationships with other people.