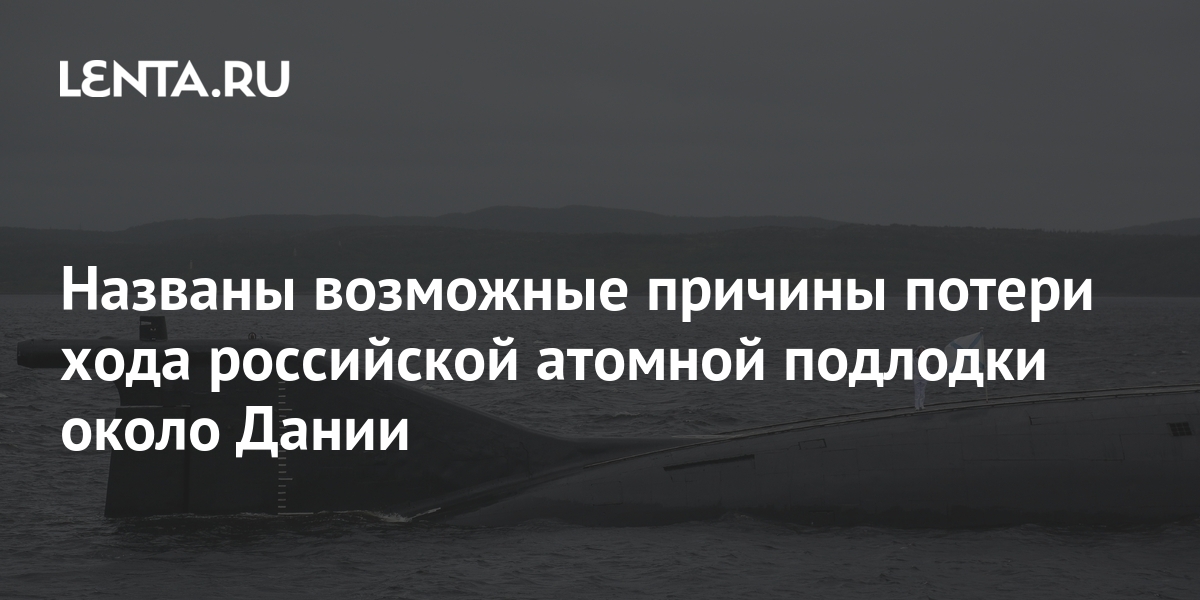 Doctor of Military Sciences Konstantin Sivkov, in a conversation with Lenta.ru, named the possible reasons for stopping the movement of the Russian nuclear submarine missile cruiser Orel. According to him, this may be due to the ingress of foreign objects into the water intake, navigation error, winding fishing nets around the screw, and so on.

On August 4, the Danish naval forces reported that the Russian nuclear-powered submarine Eagle had lost its way off the coast of the Danish island of Sehero. The ship was returning from St. Petersburg after the completion of the parade on Navy Day. The Danish military said that the Altai tugboat began preparations for transporting the cruiser to the base, but the crew managed to restore the systems to work. The Russian Defense Ministry did not officially comment on this information.

As the expert noted, the loss of progress may be due to the peculiarities of the Baltic Sea – it is very rich in water, and the waters there are rather dirty.

“At the bottom there are many elements, which have accumulated over the years, dangerous for submarines, such as sunken ships, ammunition and other things,” Sivkov explained. – The cruisers, on the other hand, have special water intakes that provide cooling of the nuclear reactor. I do not exclude that some object got there, provoking a forced stop of the course. “

In addition, according to Sivkov, there is a possibility that the “Eagle” simply went at extremely low speeds, trying to avoid some kind of accident. Such boats have a very large draft and with such a movement it could well be perceived as a loss of speed, the expert explained.

“Of course, there may be other reasons, and very different ones. Detuning of the on-board systems, a navigation accident, resulting in grounding, suction of foreign objects, which led to the need for cleaning, and winding of fishing nets on the propeller could have occurred. In these cases, the movement really stops and there can be no talk of any progress, “Sivkov summed up.

The expert emphasized that the stop does not mean the low quality of the Russian submarine, about any shortcomings. Such incidents occur regularly, both in the Russian fleet and in the American one. For example, two years ago, according to Sivkov, there was a whole series of navigational accidents when destroyers collided with civilian bulk carriers and tankers.

Earlier, a military source RIA Novosti denied the incident with a loss of speed, saying that the submarine passed the Danish straits in normal mode as part of a detachment of warships of the Northern Fleet. It was noted that at the moment the cruiser continues to perform tasks as intended.