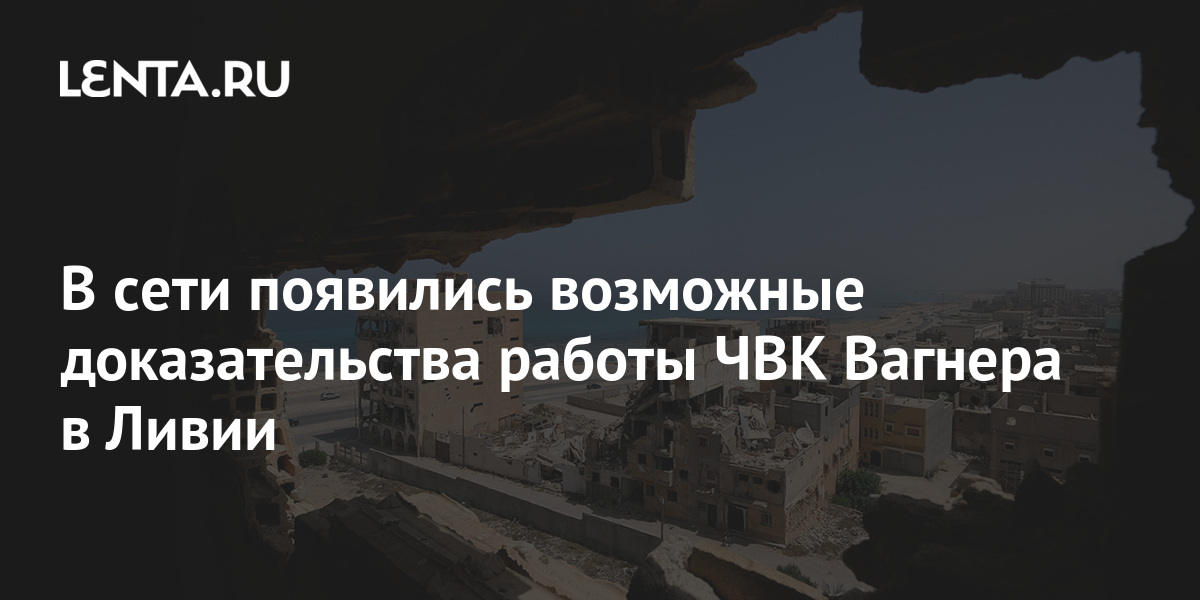 Possible evidence of the work of a private military company (PMC) Wagner in Libya appeared on the network: a Samsung tablet was found there, which could belong to one of the fighters. Edition BBC Russian got acquainted with the contents of the device and came to the conclusion that it contains information about the work of PMCs.

According to the journalists, one of the proofs of the participation of the Wagnerites in the Libyan conflict may be the war maps found on the tablet. Most of the marks were concentrated around the southern outskirts of Tripoli Ain Zara, where the Russian military allegedly operated in February – May 2020. In addition, journalists claim that minefields are marked on the maps.

BBC Russian claims that a 10-page document was also found on the tablet – an application for weapons and equipment dated January 19, 2020.

According to journalists, this and other data found on the device may indicate the involvement of the “Wagnerites” in the conflict in Libya. In addition, some facts allegedly indicate that “the killings of the civilian population, of which PMC fighters are accused,” did take place.

Russia is trying to restore influence in Africa. Why does failure haunt her?

The civil war in Libya has been going on since the overthrow of Muammar Gaddafi in 2011. It escalated in April 2019, when the troops of Field Marshal Khalifa Haftar – the head of the Libyan National Army (LNA) – launched an offensive against the Libyan capital Tripoli, where the Government of National Accord (PNS) was located. In June 2020, the LNA found themselves thrown back from Tripoli after open intervention by Turkey. In the fall of 2020, a ceasefire was announced and the preparation of a peaceful settlement of the conflict through elections to be held on December 24, 2021.

The prospects for a peaceful settlement of the situation in the country are still not completely clear, since the delegates of the “Forum of Libyan Political Dialogue” have not been able to agree on the legal framework necessary for organizing the voting.

Moscow has been repeatedly accused of using its mercenaries in different countries. In particular, they talked about the Wagner PMC, an unofficial armed group that is associated with the St. Petersburg businessman Yevgeny Prigozhin. His mercenaries are believed to provide security services in several African states, including Libya. The Russian side denies these charges.