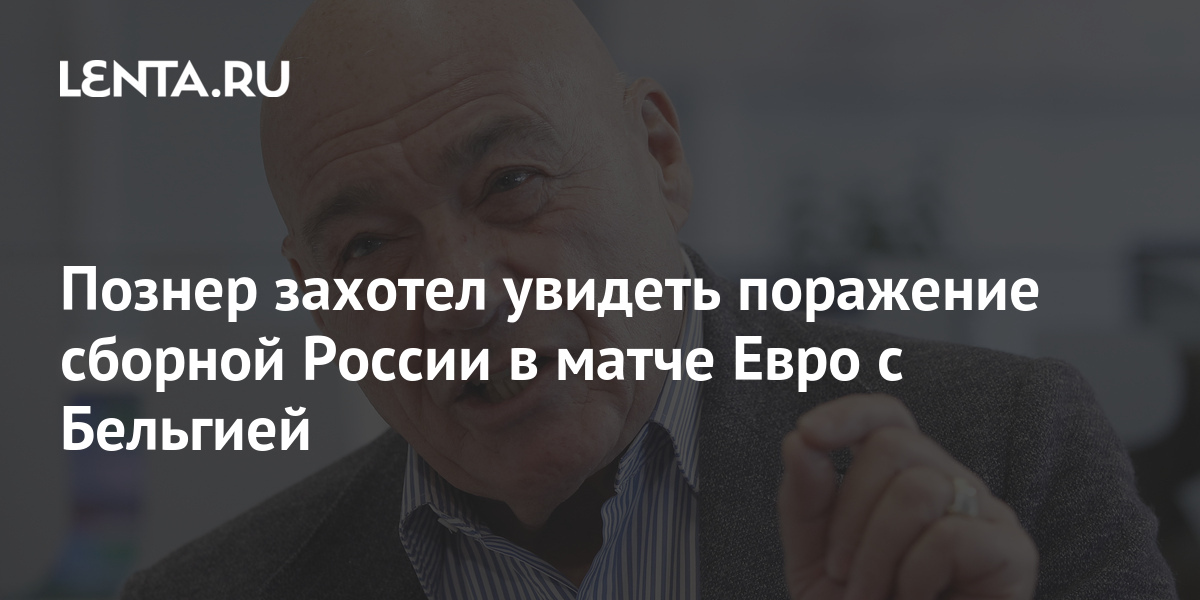 TV presenter Vladimir Pozner shared his expectations from the performance of the Russian national football team at the European Championship. It is reported by Sport24.

He noted that he would look with pleasure at the defeat of the Russians in the opening meeting of the tournament with Belgium. According to the journalist, Stanislav Cherchesov’s team has minimal chances of success in this game.

Earlier on June 10, Cherchesov assessed the chances of the Russian team at Euro with the phrase “we must know our place”. He noted that the Russian team carries out its own program and does not claim high goals, like the national teams of Western European countries.

The meeting with Belgium will take place on Saturday 12 June. The Russians in Group B will also have to play with Finland (June 16) and Denmark (June 21).