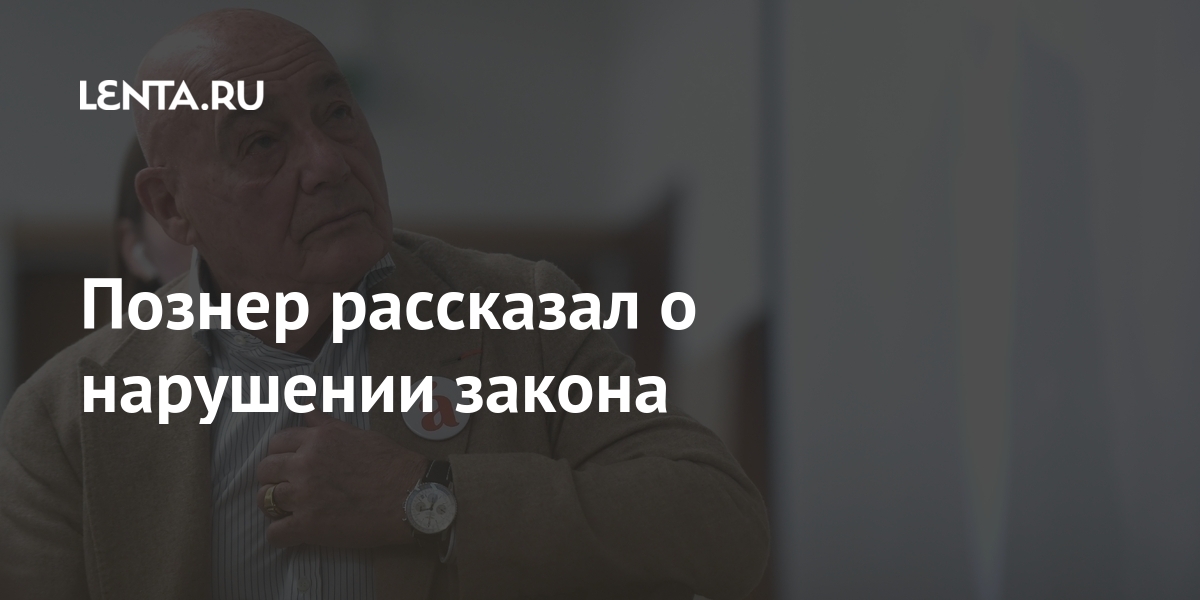 Journalist and TV presenter Vladimir Pozner told in an interview with journalist Alena Doletskaya how one day he almost went to jail because of a fight. Issue published on Youtube-channel Masters Of Taste.

According to him, this happened in the USSR when he was in his first year of university. “I had a friend Semyon. He had a girlfriend, Irma, and I had a girlfriend, Vera. And we stood at a bus stop at the club part of Moscow State University on the Lenin Hills. A geologist came up – in a black uniform, with monograms, heavily drunk, ”said Posner.

The journalist recalled that he began to molest Irma and insulted her because of her Jewish appearance. “Well, I punched him – he fell. I waited for him to get up, but he didn’t get up. But a policeman appeared, they took me to a police station near the Kievsky railway station, ”he said.

Pozner said that the head of the department said that in the USSR they do not solve problems with their fists. “He took my testimony and tore it up. Explaining that I face five years in prison, ”the journalist concluded.

Previously, Posner called one of the happiest moments in his life returning to New York – the city where he spent his childhood and in which he had not been for more than 30 years due to the closed borders of the USSR. The journalist added that it is simply impossible to describe the happiness that he experienced upon arrival in the city.