Portugal vs France: goals and result of the 2021 Eurocup match 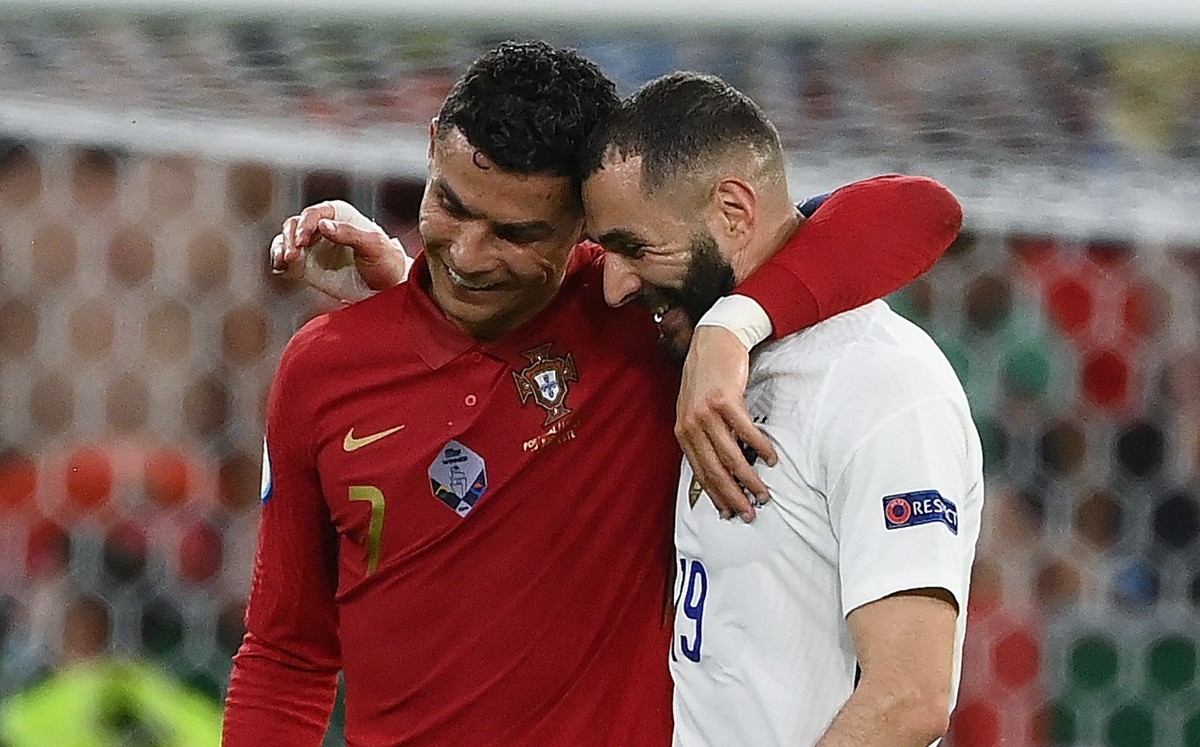 A scoring duel between Cristiano Ronaldo and Karim Benzema scored an intense and even game (2-2) this Wednesday in Budapest to close the group stage of the Eurocup and seal the pass of France, as first, and Portugal, as third, to the round of 16 of the competition.

France and Portugal drew (2-2) this Wednesday in Budapest to seal their pass to the second round of the European Championship with a duel of great quality, equal and full of emotion that served as the finishing touch for the so-called ‘Group of Death’ of this edition.

The Puskás Arena in Budapest dressed up for an electric match, which both the European champion as the World champion posed with levels of respect and similar stress.

Portugal She came out on the pitch patient and well planted in defense, aware that a very advanced pressure could open spaces to the vertical and always dangerous French trident.

Those of Deschamps, for their part, sought to increase the pace of the match, with tickets for the bands by Tolisso and Mbappé and a more advanced and participative Pogba thanks to Kanté’s work in midfield.

The good game of the French team paid off and, after a few more offensive minutes, Pogba filtered a millimeter pass from the center of the field that left Mbappé alone in front of Rui Patricio, who stopped his shot with authority.

Everything seemed to be going ahead for France, which was consolidating the first position of the group after knowing, given the general euphoria of the stadium, that Hungary was surprising in Munich and took the lead on the scoreboard against Germany.

However, everything changed in the equator of the first half, when a lateral free kick by Moutinho, who looked harmless to the naked eye, ended in a penalty in favor of Portugal.

Lloris came out to clear with fists first and knocked Danilo down with a punch. Cristiano Ronaldo, as he did against Hungary, did not miss from 11 meters and put the Portuguese ahead in the electronic and momentary group leaders.

Ronaldo, in addition, further increased his legend, becoming the top scorer (20 goals) in the history of the finals of the Eurocup and the World Cups.

After the goal, the game script changed completely. Portugal began to be more comfortable with the ball and France, canceled by the good withdrawal of the rivals, showed its most erratic face in the last meters.

History repeated itself, but in reverse, and that is, when France was having the worst time, Spanish Mateu Lahoz signaled maximum penalty for a push in the race from Semedo to Mbappé that the Portuguese protested.

The Real Madrid striker Karim Benzema, after VAR supervision, scored the penalty (1-1) forcefully at the edge of the break and returned to celebrate a goal with the gala shirt almost 6 years later.

Without giving his rivals room for reaction, France turned the game around as soon as the second half started with a new goal from Benzema, which he defined with a high-quality low shot after an excellent assist from Pogba. The play was reviewed by the VAR, for possible offside, but the Frenchman was in legal position and the goal went up to the scoreboard.

As the minutes passed, both teams began to show obvious signs of fatigue due to the high temperatures registered in Budapest, above 30 degrees Celsius, and the game became more imprecise in midfield.

In one of his few approaches to the French area, Portugal again found a penalty in favor, in this case by a clear hand from Koundé after a lateral center from Ronaldo.

The Portuguese star did not tremble the pulse and vHe forgot to put the equality in the electronic with his second goal, which helped him to equal the mark of Iranian Ali Daei (109 goals) as the best scorer in the history of the national teams.

France, despite having secured qualification with Germany’s defeat against Hungarya, he did not lower his arms and launched himself, with an inspired Rabiot to the foree, to complete his comeback.

The goal could have come in the 66th minute after Pogba’s spectacular shot from outside the area, but Rui Patricio pulled out a saving hand and sent the ball to the crossbar, first, to later also clear a second shot from Griezmann to the rebound.

After an intense game full of comings and goings, France and Portugal, aware of the draw of Germany that classified both teams, they accepted the tables and waited without clear occasions the final whistle.

With this result, France finished first in the group with five points, followed by Germany with four and Portuga thirdHe, who with four points is possibly one of the best third.