Portugal and Poland at the World Cup. Ibra’s Macedonia and Sweden at home 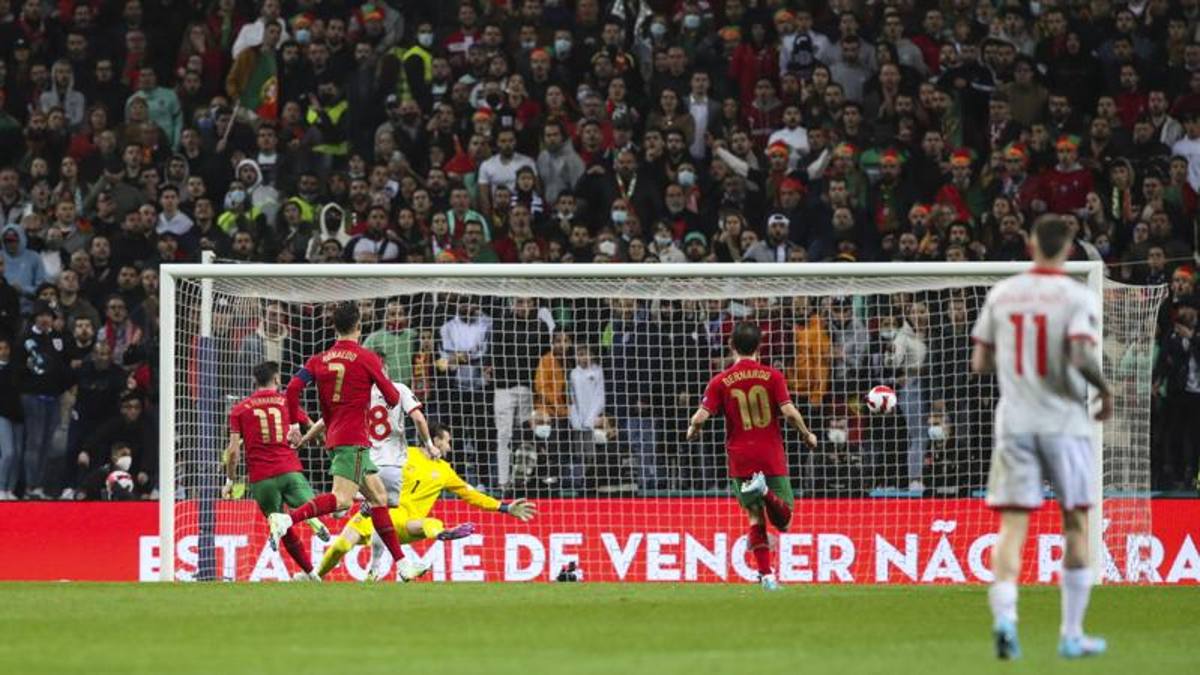 The Portuguese, with a brace from Bruno Fernandes, beat the team that had eliminated us in Palermo 2-0, Lewandowski and Zielinski in goals against the Swedes

Macedonia’s World dream goes out at Cristiano Ronaldo’s home. After eliminating Italy in the first round of the play-offs, Elmas and his teammates surrender (2-0) in Portugal, leaving CR7 & Co the pass for a place in Qatar: the brace of Bruno Fernandes is decisive, protagonist with a goal for half. While coach Fernando Santos’ national team celebrates in Porto, Ibra’s Sweden are defeated in Katowice against Poland (2-0, with goals from Lewandowski and Zielinski). So there is only one team missing to complete the picture of the European national teams that will participate in the World Cup: Bale’s Wales still have to face the winner of Scotland-Ukraine, postponed to June due to the war.

The hosts recover Pepe and Cancelo, Macedonia changes two compared to the match against Italy: out of Churlinov and the former Lecce Nikolov, in Kostadinov and the Neapolitan Elmas, returned from suspension. The Portuguese start strong: first they try with Bruno Fernandes, Ronaldo and Jota, then they take the lead with… the couple-United: at 32 ‘Cristiano serves Fernandes, who jumps an opponent and hits the low corner. The 1-0 does not satisfy the hunger for goals, Portugal continues to push and miss the doubling with Jota and Fernandes again. The former midfielder from Novara, Udinese and Samp redeems himself in the 65th minute, scoring the 2-0 on an assist from Jota and closing the qualifying practice. At 77 ‘Leao also enters the field, called to help his team-mates defend the result: mission accomplished.

On the occasion of the match against Olsen, Kulusevski and Ibra (initially on the bench), the Polish national team speaks… Italian, deploying Szczesny between the posts, Glik and Bereszynski in defense, Zielinski behind Lewandowski. After a first chance wasted by the Bayern striker, Sweden wakes up and pushes with Isak, Forsberg and Quaison: at the end of the first half, however, it is still 0-0. In the second half, Poland dominates: in the 50th minute Lewandowski transforms the penalty awarded for a foul by Karlstrom, in the 73rd minute Zielinski doubles, very cold face to face with the goalkeeper. Szczesny is exalted by raising the shutter, the coach Andersson then tries them all and in the end the Ibra-card is played. The ten minutes allowed to Zlatan, however, are not enough to overturn the result.

See also  Juve, what a fool: they take 3 at home from Villarreal and go out of the Champions League

Bangladesh, fire on a ferry: 36 dead