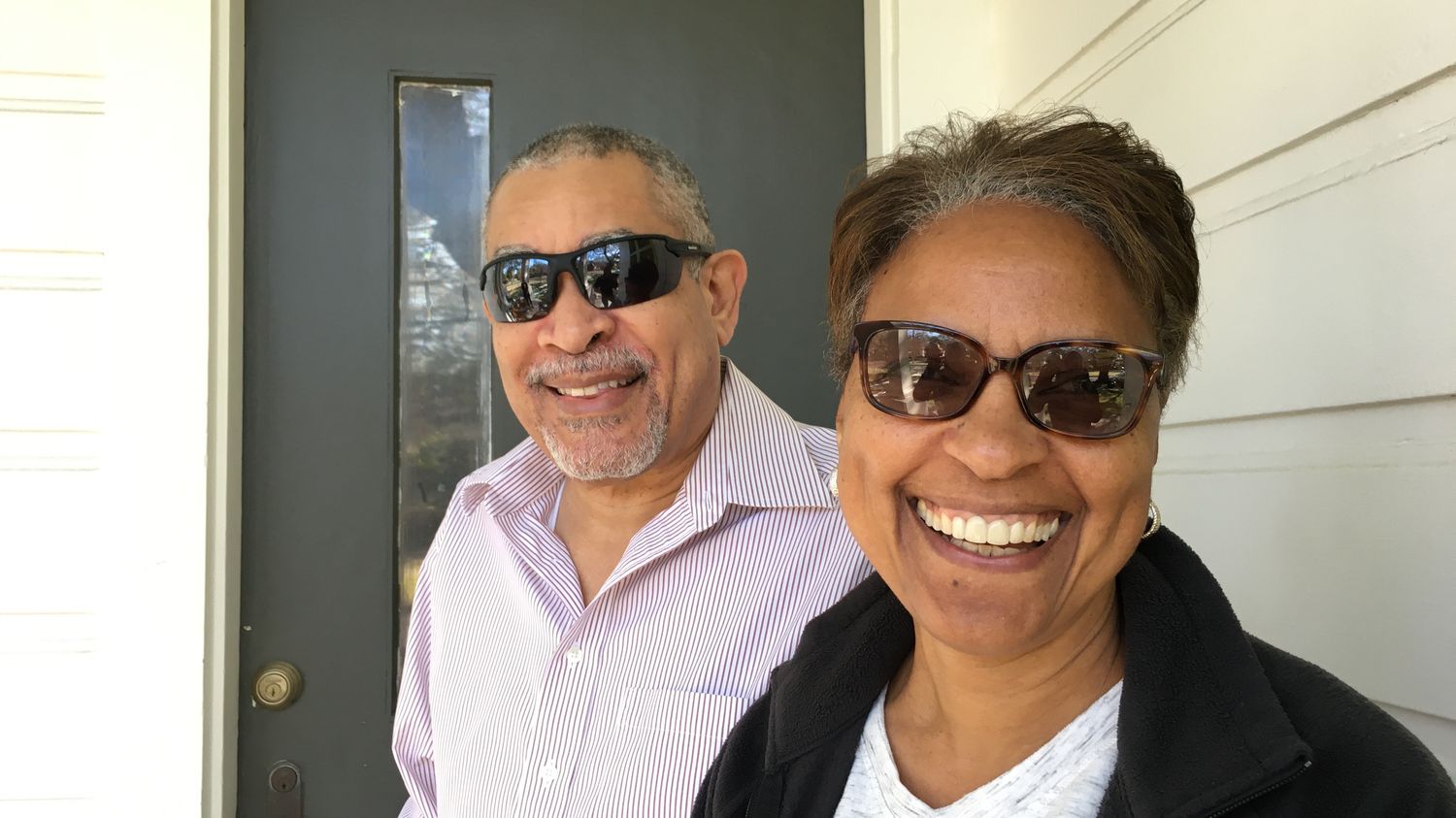 Joane and Brian Toval arrived all smiles, like two lovers, in their neighbor’s garden, on Esplanade Avenue, the chic avenue of the rich Creoles, north of the French Quarter of New Orleans. With the Covid-19 pandemic ravaging Lousiane, the two sixties preferred this place, airy and sunny, to tell us about the daily racism in what was the largest slave market in the United States, in the 19th century.

>> “Biden, it’s a reprieve for four years”: in New Orleans, the African-American community does not expect a miracle from the new president

This story has been parading for thirty years in front of the steps of their colorful house. As if black people in the United States still don’t have the right to ordinary citizenship. This will be one of the challenges for Joe Biden, who is sworn in on Wednesday January 20 to become the 46th President of the United States of America: to restore confidence with the African-American community.

Joane and Brian, 62 and 65, are one of them. She is a retired nurse, he is a professional musician, and also a computer scientist in the medical field, prosperous in Louisiana. The couple could embody, as in a beautiful film, the quiet integration of two African-Americans from the middle class in this Deep South state. It is to forget the quasi-institutionalized racism, sticky and vicious heir of slavery times, and more or less directly encouraged by the Republican Party. For years, the Grand Old Party has thus engineered to seduce by all means the white electorate of the South, in those states which, since the liberation of slaves by Abraham Lincoln, voted overwhelmingly blue (Democrat). Since then, New Orleans has been a Democratic fortress entrenched in a blood red state (Republican).

The wind has picked up in the garden and we take shelter under the porch of the house. Joane and Brian Toval take their turn to speak, accomplices. And recount, as if they had already done it a thousand times, smiling and detached, their arrival in New Orleans, thirty years ago now. “We thought then, Brian says, that here it was a mixed neighborhood and that we were not going to be discriminated against. We were wrong: when we arrived, people threw eggs at our car. “

The peaceful couple want to see it as a coincidence, or the nastiness of wandering children. After altercations caused by their then neighbors, they realize that they are the first blacks in the neighborhood to own a house. “All the other blacks were tenants, Brian continues. So for a young African American couple to move here, it was almost like robbing them of their neighborhood. We were amazed. ” With, in hollow, the fear that the arrival of these undesirable neighbors disturbs the peace of the place. Brian grew up next to his mother, a five-minute walk away, and didn’t change neighborhood until the 1990s, three decades after the Civil Rights Act that repealed racial discrimination in 1964. He never had really envisioned the virtual wall that always separates, in the minds of its racist neighbors, the world of whites from that of blacks. Reality caught up with him violently. “They poisoned my dog, vandalized my car… As I literally moved five minutes from my childhood home, where everything was fine…”Brian recalls.

The couple will choose to stay on Esplanade Avenue. To protect themselves, they have a parking lot built on their property, so as not to have to leave their car, like everyone else, in the street, and risk it being once again vandalized. And put up a fence, because you never know. It is only later, much later, that a neighbor, finally, will come to their door, congratulating them on having, since their arrival, kept their house well. With almost astonished satisfaction, as if two blacks could not live except in disorder and filth. Joane and Brian feel insulted, but don’t say anything. “We couldn’t do anything, Brian continues. We did whatever it took to embrace the American dream. We went to school, we stayed out of trouble. And we were treated like second-class citizens. ”

“Today, complete Joane, people no longer throw eggs at the house and put dog poop on our porch. But we had to impose ourselves, sometimes by raising our voices. Without violence, but firmly. ” She knows too well the fragility of their condition. In his memory, the dismal hoods of white supremacists of the Ku Klux Klanc who prowled in the evening to go and burn crosses in front of black houses will never be erased.

Brian remembers that as a child he was accidentally arrested with a friend by the police in St Bernard parish. To his sidekick, the policeman gently asks if his mother knows he is here at the police station. To him, the policeman treacherously launches: “You, black man, will never see your parents again.” It will take two years for the little boy he is then to forget this traumatic episode, the first in a long series of annoyances and intimidation of all kinds. Another time, he was beaten up by the police after one of his girlfriends accused him, unfairly, of having hit her. Later, as an adult, at work, Brian works harder and better than others. But he is denied a promotion, the Negro.

“I was more qualified than the others, and it was the people that I trained, that I supervised, who became my supervisors. I ended up quitting this job. I preferred to live under a bridge rather than become a kind of slave. “

Since then, things have calmed down. Brian and Joane no longer suffer, as before, the manifestations of exacerbated racism. It is there, again, in dotted lines: it is true, they concede, that apart from their neighbor, they ultimately do not have many white friends in the neighborhood.

From this painful story, the couple seems detached. At a time when the Democrats have joined the White House and conquered both the Senate and the House of Representatives, there is still some way to go. The Joe Biden-Kamala Harris ticket may well embody the possibility of new pages for the fight for equality. A form of hope, in short. Joane and Brian want to believe it, but their life, straddling the time of segregation and that of inclusion, has taught them reserve and prudence. As if nothing was ever won. “When Donald Trump said ‘Make America Great Again’ it was like a code for ‘Make America White again’, emphasizes Joane. A lot of things Donald Trump said were just a series of coded signals sent to black people to put them in their place… And that was almost yesterday! “

Joane displays, she says, an optimism “careful” : All over the world, she was surprised to see more and more whites joining the Black Lives Matter movement to fight against systemic racism against blacks. “Joe Biden is not perfect, Joane concludes. He is not white as snow and he too participated in the oppression of blacks. But that was a time when it was the norm. And what impressed us is that for the first time in our history, during the Obama mandate, a white put himself at the service of a black man and let himself be guided by him while respecting him. Let’s not look at the mistakes of the past. We just want our lives to matter today. “

Nine reasons to make the Region of Murcia the next getaway