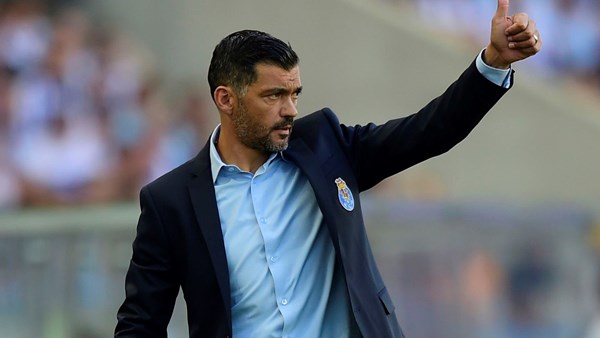 FC Porto, runners-up to the Portuguese Football League, announced on Saturday the extension of the contract of coach Sergio Conceicao for a period of three years until June 2024.

Conceicao said at a press conference that the new contract means more responsibility. He added, “I always have in my mind a fundamental thing, which is Porto’s success at the professional level, explaining that he is eagerly awaiting the “return of the fans to the stadiums.”

Porto confirmed in a statement that the 46-year-old Conceicao, who has led the technical management of Porto since 2017, led him to win the League title twice and the Portuguese Cup once, in addition to the local Super Cup on two occasions. Porto was satisfied with second place in the league this season and was eliminated from the semi-finals of the two local cup competitions, as well as reaching the quarter-finals of the Champions League.

Porto came out at the hands of Chelsea, who later won the title at the expense of his compatriot Manchester City, after Juventus excluded the Italian club from the final price. , where he showed the coach’s thought in dealing with major tournaments.

Conceição previously supervised the training of several Portuguese clubs, most notably Sporting Braga and Vitoria Guimaraes, along with French Nantes.

Club president Jorge Pinto da Costa said the decision to extend the contract was very easy, adding that Conceicao’s salary “would not increase by one euro due to financial considerations”.