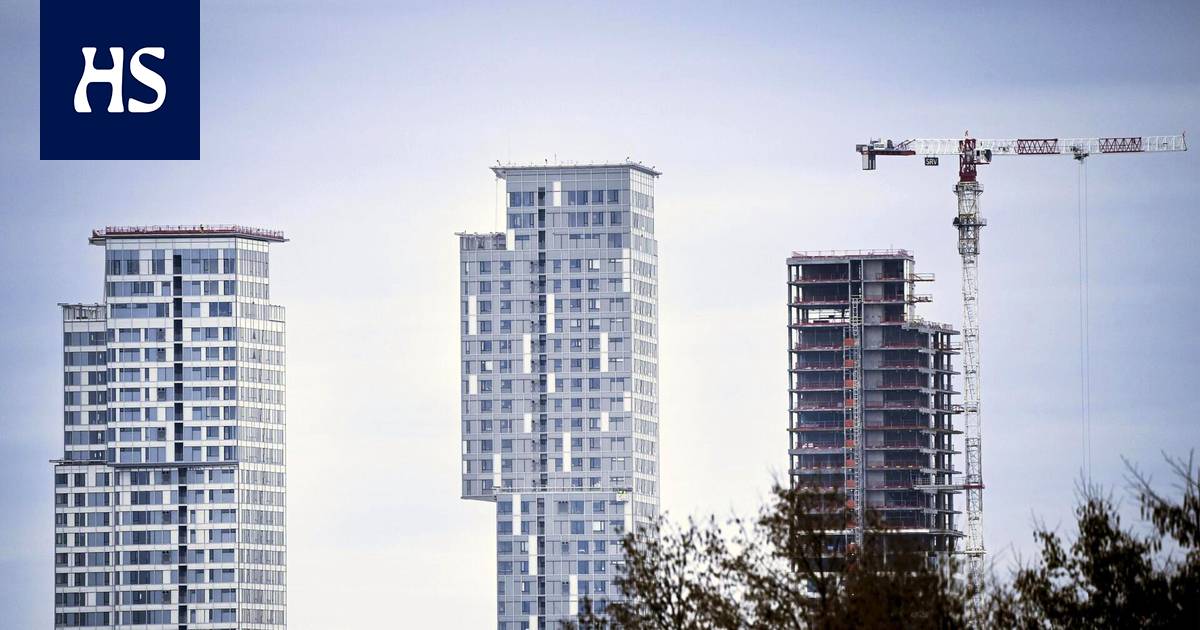 Pekka Vuori, System Manager of the City Information Unit of the Helsinki City Chancellery, sees the situation at the beginning of the 21st century.

In Helsinki There is currently a very special situation going on: the city is already rushing to all-time housing production records at a time when population growth has slowed and the loss of migration out of Helsinki has increased.

The goal since 2019 has been to build 7,000 apartments a year, but this goal has not yet been reached in 2019. At that time, a total of 6,736 apartments were completed. Deputy Mayor of Helsinki’s urban environment Anni Sinnemäki (green) and the city councilor Risto Rautavan From the (Kok) initiative, the goal is to build up to 8,000 apartments a year from 2023 onwards. The intention is that by building enough housing, Helsinki could curb the growth in housing costs.

About the situation What makes it interesting is that while housing production targets have been drastically raised, population growth in Helsinki has fallen steadily since 2018. Last year, the drop was particularly sharp: Helsinki’s population grew by about 3,090 in 2020, compared to more than 5,000 in 2019.

The migration loss to frame municipalities, outside the region and elsewhere in Finland also increased significantly in the first quarter of 2021 compared to the previous ten years.

“In the current situation, there are considerable similarities to the beginning of the 21st century. At that time, Helsinki’s population decreased with the Nurmijärvi phenomenon, and population and housing production forecasts were also made accordingly, ”he says.

Housing production was declining in terms of volumes throughout the first decade of the 21st century.

“It was then lulled that people want to live in big detached houses with two cars. The end result, together with the financial crisis, was that when about 4,000 apartments were completed in Helsinki in 2000, in 2010 the figure was only 2,261. ”

However, the Nurmijärvi phenomenon froze and Helsinki began to attract people again. By building a lot of homes now, the aim is to partly correct the mistakes of the 21st century.

“But we don’t know how the coronary pandemic will ultimately affect demographics. For example, will telecommuting come to stay? I believe that in the forthcoming municipal elections, the current housing production targets will be questioned. From an electoral point of view, housing targets are very interesting, and population growth must now be closely monitored. ”

According to the mountain, in Stockholm, for example, the loss of domestic migration in 2020 was considerably higher than in Helsinki, and yet housing prices in the city only rose.

Read more: “There is now a fear in Espoo that it is becoming Vantaa” – Residents flee Espoo at a record pace, even the researchers were surprised “

Mohammed bin Zayed: We must leave to future generations a world without grudges and hatred