Pope Francis, at the crossroads of the ideological wars of Catholicism 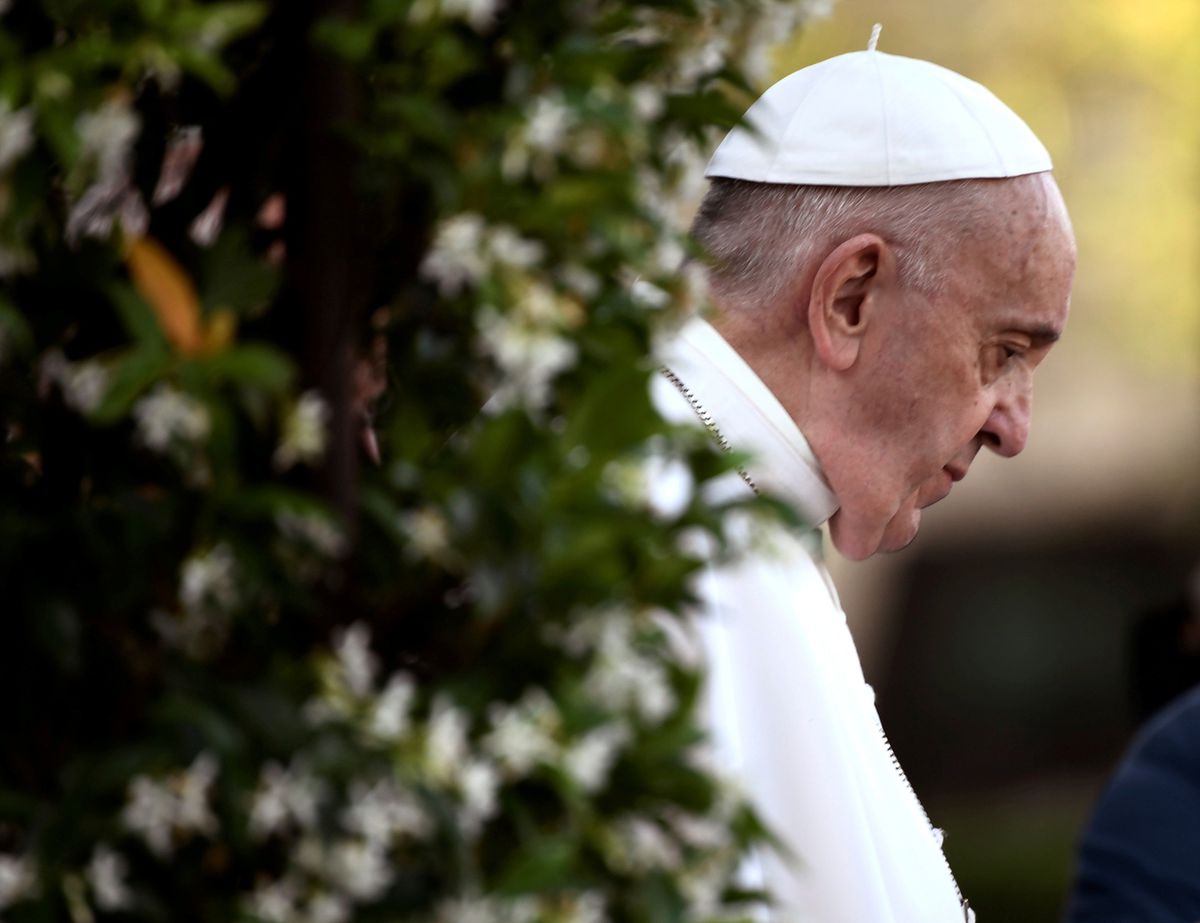 Culture wars and ideological conflicts open cracks even in the only institution that has founded 2,000 years of survival on unity. The two richest churches in the world, that of the United States and that of Germany, are pulling the ideological chord of Catholicism in diametrically opposite directions. The first is opposed to allowing communion to politicians who uphold the right to abortion, such as the country’s president himself, Joe Biden. The other discusses the possibility of ordaining women, blesses homosexual couples and sings a loud mea culpa for the abuses that leave the entire ecclesiastical hierarchy out of play. In the middle is Pope Francis, who attends the umpteenth cultural and political conflict on account of civil rights the same week that the Vatican, in an unusual movement, has meddled in the processing of a law against homophobia and transphobia in Italy.

The tendencies of the American and German churches have pointed from the beginning of the Pontificate of Francis in opposite directions. But recent years have accentuated the discrepancies and the Pontiff himself, on the plane back to Rome after visiting Mozambique, Madagascar and Mauritius in September 2019, assured that he did not fear a schism. This month the situation has once again shown the seams of the unit. Confirmation of the first real problem came from Munich two weeks ago, when Archbishop Reinhard Marx resigned. The 67-year-old cardinal is a heavyweight in the ecclesiastical hierarchy. Not only in Germany, where he is one of the most influential bishops – he chaired the Episcopal Conference (DBK is its acronym in German) until last year, but also in Rome, where he advises the Pope as a member of the cardinal commission. Today he represents the most progressive wing of the Church and has implied that Francis’ reforms seemed insufficient and slow to him.

The German Church, convinced that time is running out to change things after decades of systematic sexual abuse, began on its own more than a year ago the so-called synodal path, by which it was discussed about the relevance of ordaining women, about celibacy and homosexuality. The Vatican tried unsuccessfully to stop the initiative of a Church whose theological level is beyond doubt and which contributes to the dwindling common fund like no other in Europe. The wave is too strong. A year earlier, he had already experienced similar problems when a group of bishops, supported by Marx – then president of the Episcopal Conference – opened the way of intercommunion by proposing that Protestant couples of Catholics who accompanied them to Mass had access to the Eucharist. “Not the whole German Church can be in this progressive environment, obviously. The problem is that a large part of the conservative sector does not understand many decisions taken, ”says a senior Vatican official.

The resignation of the archbishop, unusually rejected in a public letter by Francisco, must be situated in this context of openness and impatience. The historian of the Church Alberto Melloni considers that “the position of the Vatican towards the process of the synodal path that was opened in Germany was almost a provocation”. “Requests were made, clarifications… Also a letter from the Pope in which he did not allow to touch certain arguments. But anyone who knows the German church, so rich in theological knowledge, could have no doubt that this would have the opposite effect. Marx’s resignation was a very serious act because it revealed the lack of acceptance of the problem by the rest of the Catholic hierarchy. The Pope managed to get out of trouble with a beautiful public letter, but the thing is not closed.

The wound on the other side of the Atlantic

The wound also festers on the other side of the Atlantic, where the effect of the cultural and political war of the ultra-conservative sector provokes tensions towards the other ideological hemisphere. The Church in the United States, where a large part of its hierarchy has become one of the main trenches against the pontificate of Francis, announced a week ago its decision to draft a declaration on the sacrament of communion that could imply denying him the Eucharist to Joe Biden, the second Catholic president the country has had (the previous one was John F. Kennedy), as well as other politicians of this denomination, for supporting the right to abortion. The vote was approved by 168 votes in favor to 55 against. Perhaps the sharpest numerical drawing on how the sides are in this war.

The Church in the United States, also burdened by abuse scandals, has decided to take the opposite path to regain credibility (a poll published in March by the Gallup institute showed a 20% drop in the faithful in the last two decades). Biden has never opposed gay marriage, the right to abortion, or the appointment of transsexuals as senior officials in his Administration, like Dr. Rachel Levine, Undersecretary of Health. But in the most progressive sector the vote is stupid. James Martin, Jesuit priest and author of the magazine America, thinks it is “surprising”. “More when they did not object to Attorney General William Barr receiving communion after signing several federal executions, something that is also against the teachings of the Church such as abortion. They are pro-life in one respect but not the other. When it comes to denying someone communion, I am with the Pope: the Eucharist is not a prize for those who are perfect, but a powerful medicine and food for the weak ”.

Power in the hands of the bishops

Francis’s eight-year pontificate has had little impact on the American Church. Only in dioceses like Chicago, Newark, San Diego or Washington have there been substantial changes. “The American church is ultraclerical. Power is in the hands of the bishops, who are increasingly estranged from the people. It is a very vertical church and that is why there is no talk of synodality ”, says Massimo Faggioli, professor of Theology and author of the book Joe Biden and Catholicism in America (2020). “For them there is no distinction between cultural or political warfare. The reading given by the bishops in the United States is that the country and the Church are going through a crisis of sacraments and devotion, and this has to do with long-term cultural dynamics. But also with a progressive political struggle that they believe they must fight on the sacramental plane. The culture war does not exist, it has always been political. They want laws, judges, ministers, and presidents of a certain type. But now they find a Catholic president who does not embody that idea of ​​culture war that could fit with Trump or Bush. It gives the feeling that they want a purer and smaller Church ”.

The breach in the United States will also complicate some important geopolitical movements of the Vatican, such as the diplomatic and religious opening towards China. But, above all, it shows the climate of disunity generated in recent years between some of the most important poles of the Church. Breaking off? The last schism, technically, was that of the Lefebvrians, which was consummated during the pontificate of Paul VI. And since John Paul II, all the popes have tried to heal the wound so that cases such as that of the Old Catholics in 1871 and, of course, the Lutheran reform do not recur. Francisco balances today so as not to break anything by pulling too hard on either end. He knows that the principle of unity on which the Church is based is based on the exercise of the papal primacy. And no one is discussing that out loud today. But it had been a long time since any ideological gale had undermined it so much.

The least diplomatic movement of the Holy See

The culture wars that affect the Vatican do not only take place thousands of kilometers from Rome. It is enough to cross the Tiber to find the latest example of how the vision on some social and civil rights issues generate intramural tensions. This time it was on account of the bill being processed by the chambers against homophobia and transphobia.

Il Corriere della Sera published this week the content of a letter in which the Vatican expressed its concern. A communication that invoked the agreements signed between the Holy See and Mussolini in 1929 – and later revised by Bettino Craxi in 1984 – to normalize relations between the two states after long disagreements after the unification of Italy. According to Vatican diplomacy, Italy would be violating that treaty with the approval of the new norm that limits freedom of expression by foreseeing that private Catholic schools would be obliged to organize activities during the future National Day against Homophobia. The Holy See also considers that the Italian bill attacks the freedom of thought of Catholics and has expressed its fear of the possible legal consequences. “We ask that our concerns be taken into account”

The movement, contested by the Italian Prime Minister himself, Mario Draghi, who invoked the secularism of the state and the sovereignty of Parliament to freely debate the law that he deems appropriate, has caused a new conflict. The Secretary of State, Pietro Parolin, has had to clarify the content of the letter and ensure that he does not want to stop the law, but only express concern about some aspects. Something that the Church has always done through its diplomacy, informally and without leaving any written notes showing the heavy artillery. Invoking the concordat and bypassing the local Episcopal Conference, normally charged with waging these domestic battles, does little to marry the historical subtlety of the Holy See to avoid clumsy interference in a foreign state.