Pope asks Ibero-American leaders for an “equitable distribution” of vaccines 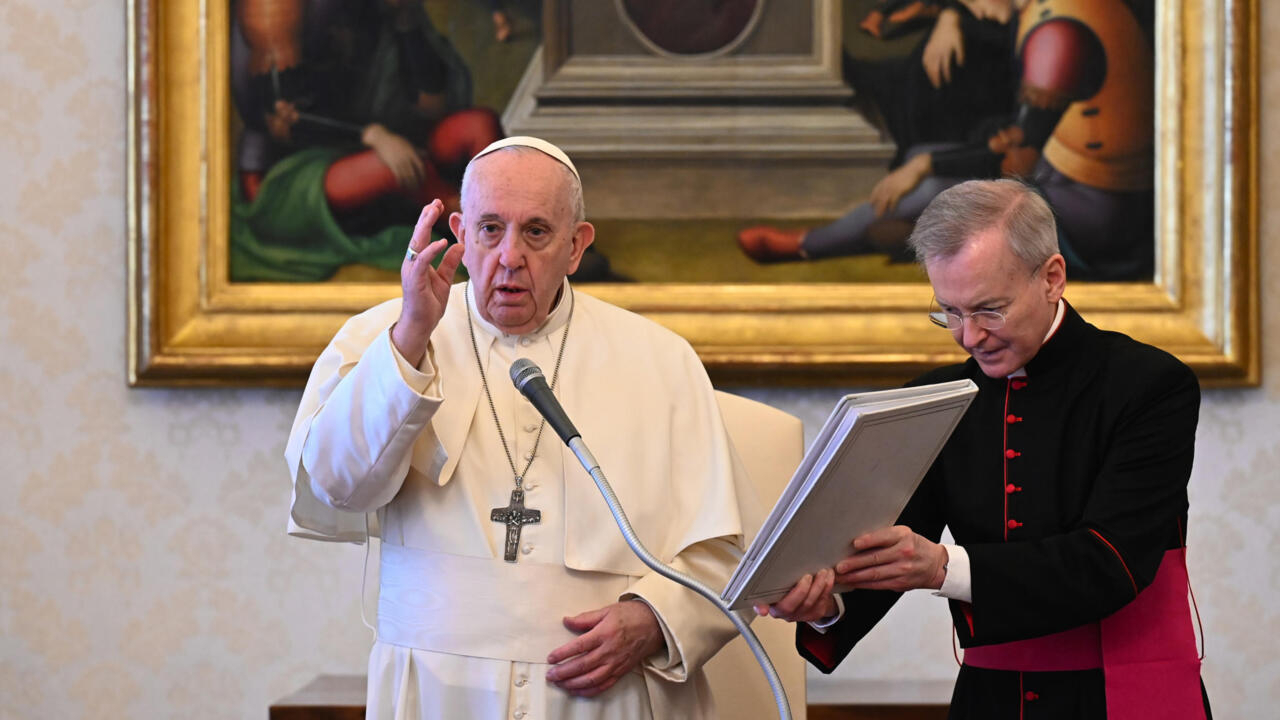 Pope Francis on Wednesday asked the leaders of Latin America and the Iberian Peninsula, meeting in a telematic summit, to guarantee an “equitable distribution” of vaccines against Covid-19 based on the needs of all.

In a message released by the Vatican, the pope described as “welcome the initiatives that seek to create new forms of solidarity at the international level, with mechanisms aimed at guaranteeing an equitable distribution of vaccines.”

The pontiff asked that the distribution “not be based on purely economic criteria, but taking into account the needs of all, especially the most vulnerable and needy,” he wrote.

Latin America (including the Caribbean) is the second most mourning region with more than 873,000 deaths and 27.4 million infections.

Francisco recognized “the efforts” made to search for an effective vaccine for Covid-19 “in such a short time” and reminded the leaders of Latin America, Andorra, Spain and Portugal, that “extensive immunization should be considered as a ‘universal common good’, a notion that requires concrete actions, “he stressed.

Vaccine administration remains very low in Latin America, with less than 10% of the population vaccinated.

To the participants in the meeting, organized from Soldeu, a small town in the Principality of Andorra, without the presence of the presidents of Mexico and Brazil, among others, the pope reiterated that “from this pandemic we have to come out better.”

“It is urgent to consider a recovery model capable of generating new, more inclusive and sustainable solutions,” urged the pontiff.

The weight of debt

In the letter, sent to Rebeca Grynspan Mayufis in charge of the Ibero-American General Secretariat, the pope insists on “the need to reform the international debt architecture, as an integral part of our common response to the pandemic.”

The issue has been addressed on several occasions by the pope, who repeated in his message to the summit that “the renegotiation of the debt burden of the countries most in need is a gesture that will help the peoples to develop, to have access to the vaccines, health, education and employment “.

Francisco, who experienced several economic crises due to Argentina’s colossal foreign debt, described as “urgent” the measures that allow access to external financing.

In his message he requested “a new issue of Special Drawing Rights” that the International Monetary Fund authorizes so that these funds are used to promote and encourage economic and productive development.

For the Pope, “none of this will be possible without a strong political will that has the courage to decide to change things, especially priorities, so that the poor are not the ones who pay the highest cost of these dramas that are hitting our family. human, “he concluded.

In implementation of the directives of Mohammed bin Zayed and following up on Hamdan bin Zayed .. «Red Crescent» opens 4 hospitals in Hadramout