Ponte Morandi, ignored alarms and falsified reports. But in 2023 prescriptions 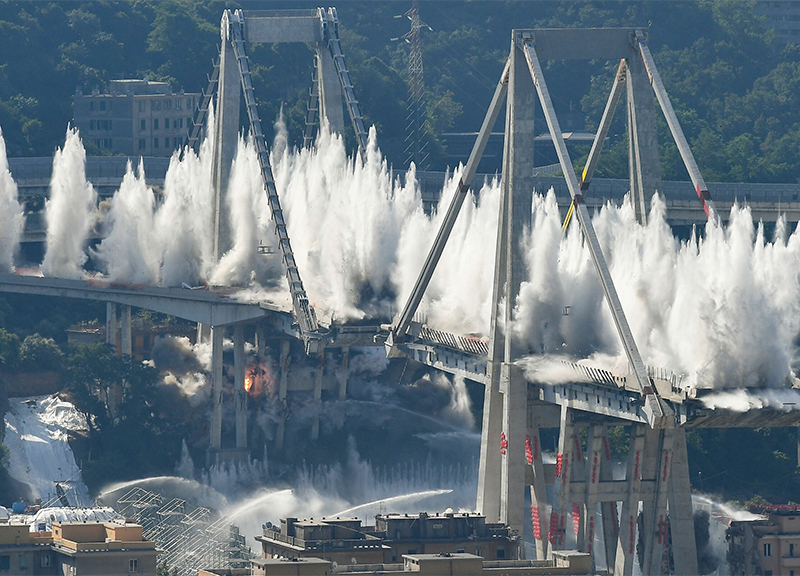 While justice tries to take its course on the tragic story of the Morandi Bridge, which in August 2018 will cause the death of 43 people, new details emerge from a Finance dossier whose contents were reported by Il Fatto Quotidiano.

In the meantime, however, as the newspaper directed by Marco Travaglio writes, “the first prescriptions for the omission of official documents will start as early as October 2023, even if” these are the less serious charges. “The forgery will be extinguished in 2024, while in 2026 those for manslaughter will start for suspects who left office before 2005.

In the meantime, however, the investigation continues and “the anatomy of the disaster has been reconstructed by the Guardia di Finanza thanks to a software already used by the FBI, which has made it possible to recover, cross and order thousands of emails and chats, hitherto unpublished”.

The head of the surveillance office transferred because too “zealous”

Among the messages reported by the Fact there is that of Carlo Casini who was head of the Genoa Sud surveillance office of Spea Engineering, a company in charge of controls in turn controlled by Autostrade per l’Italia. “On 15 December 2009, as soon as he took office, Casini sent a first worried report on the” general state of decay of the Polce vera viaduct “, in which he proposed” a campaign to find out about the prestressed state of the cables “and update” inspections of the 1990s ” . In May 2011 he denounces “broken prestressing cables”, “anus mal cracks”, “beams that send back deaf noises, not the best”. And he asks: “With rotten cables and beams, what do we want to understand without a serious structural study ? ”. The alarms fall on deaf ears”, writes Il Fatto.

On February 25, his superior in Spea, Giampaolo Nebbia (under investigation) intervened: “For obvious reasons you will realize when reading it – he writes – I will send the letter to Aspi myself, with modifications, making it simpler and removing some phrases that do not it is appropriate to say “. In May 2015 Casini, “badly tolerated by his hierarchical line” and “by the client Aspi”, was sent to Aosta, far from his family. Today he is being investigated with executives who changed his reports.

Then there would be the first attempts at misdirection, which began immediately after the tragedy. Il Fatto Quotidiano always writes:

“Send me all the data on the seismic zoning of the Polcevera – writes the head of Aspi maintenance Michele Donferri Mitelli worriedly in the hours following the disaster to the Aspi manager Fulvio Di Taddeo (under investigation) – try to reconstruct everything ‘in silence'”. Furthermore, on 15 August, a report “fa nt a sm a” reappears on the Polcevera viaduct, in which it speaks of “cables not injected” and “strands that break with a chisel” “on piles 9 (the first to collapse , ed) and 10 “. Finance intercepts him in an email sent by Alessandro Costa, Spea technician (not investigated), to his superiors. The dossier dates back to January 2016 and had never been included in the platform on which Aspi and Spea shared the inspections: “It is a report that they should already have in Genoa, but that has never been uploaded to the computer system”, writes Costa.