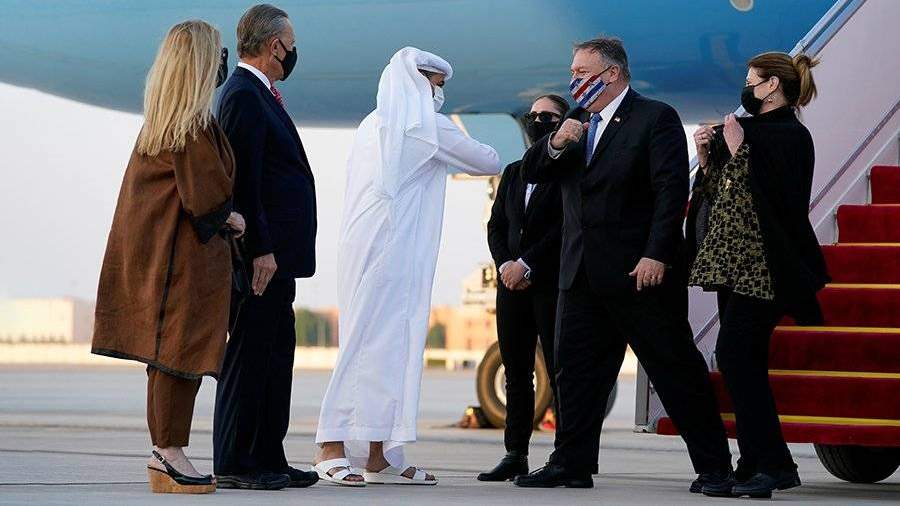 The meeting of the head of the State Department, Michael Pompeo, with representatives of the delegations of the radical Taliban movement (banned in Russia) will be held on November 21 in Doha as part of his official visit to Qatar. About it it says in the work schedule of the chief of American diplomacy distributed on Friday, November 20, by the US Foreign Office.

As noted in the document, Pompeo will first meet with the Emir of Qatar, Sheikh Tamim bin Hamad Al Thani, then with the Deputy Prime Minister and Foreign Minister of the country, Mohammad bin Abdel Rahman Al Thani. After that, the US Secretary of State is scheduled to hold separate talks with a delegation from the Afghan government, as well as a meeting with the Taliban.

On November 17, US President Donald Trump expressed the hope that all American troops currently stationed in Iraq and Afghanistan will return to their homeland by May 2021.

On the same day, Acting US Secretary of Defense Christopher Miller announced that the US authorities intend to leave only 2,500 troops in Afghanistan and Iraq by January 15th.

On October 7, Trump announced that American troops remaining in Afghanistan would return to US soil by Christmas.

In February, the United States and the Taliban movement banned in Russia in Doha signed a peace agreement, according to which the American side was to reduce the number of troops in Afghanistan from 12 thousand to 8.6 thousand people within 135 days, and then continue to withdraw its military contingent and NATO forces for 14 months.

The military operation in Afghanistan has been going on since October 2001. At the peak of the campaign in 2010-2013, the number of Western forces in this country exceeded 150 thousand. The main combat forces of the United States and NATO were withdrawn from Afghanistan in 2014.

Dozens of memes extol the positive side of failure, are they right?

Weather update: the effect of western disturbances, chill increased after rains in Rajasthan

Elephant ride will start for the first time after the corona lockdown, Gehlot ordered