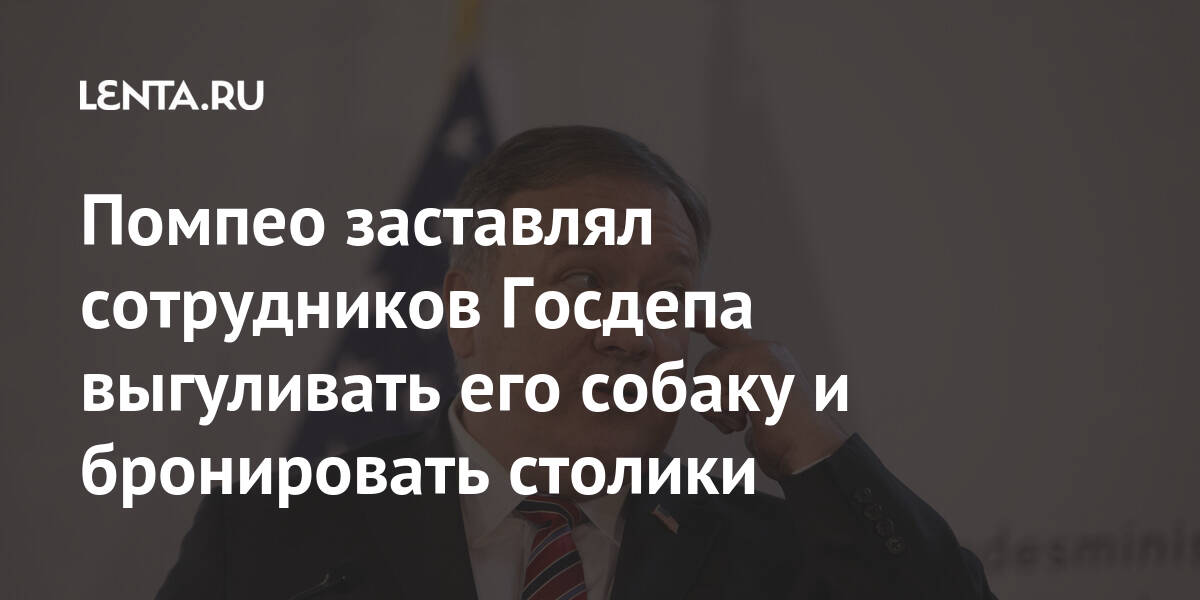 It is noted that Washington has long awaited this investigation, but it did not begin until 2020, after Pompeo provoked the dismissal of Steve Linick, then Inspector General of the State Department.

By examining emails and other documents and interviewing employees, investigators found numerous cases of Mike or Susan Pompeo asking department employees to perform personal tasks, from signing up for beauty salons and booking restaurant tables to walking the dog.

The wife of the ex-secretary of state, for example, turned to her husband’s subordinates with requests to buy a T-shirt for her friend, to arrange flower delivery. The report said the secretary of state did not pay staff members to complete these tasks, even outside of office hours.

Investigators highlighted a case where spouses used State Department funds to buy gifts (for example, bowls with golden nuts) that turned out to be personal and had nothing to do with diplomatic work.

The “Korean Gorbachev” stopped the repression and gave the country freedom of speech. Why is he considered a dictator?

Thereafter, the Office of the Inspector General recommended that the agency update or develop new guidelines that establish or further clarify the proper use of department and staff funds when it comes to personal tasks.

Earlier it became known that Pompeo and his wife Susan since 2018 have regularly hosted sumptuous dinners, called “Madison dinners” in honor of the fourth US President James Madison, who loved to gather politicians and intellectuals.

The richest businessmen, Supreme Court justices and prominent politicians were invited to such meetings. In just two years, about 20 such events were organized, which were attended by about 500 people. At the same time, sources in the State Department said that they were hired not with Pompeo’s personal funds, but with taxpayers’ money.