Polls Rome: Raggi is not in good shape. Michetti vs Gualtieri. And Calenda .. 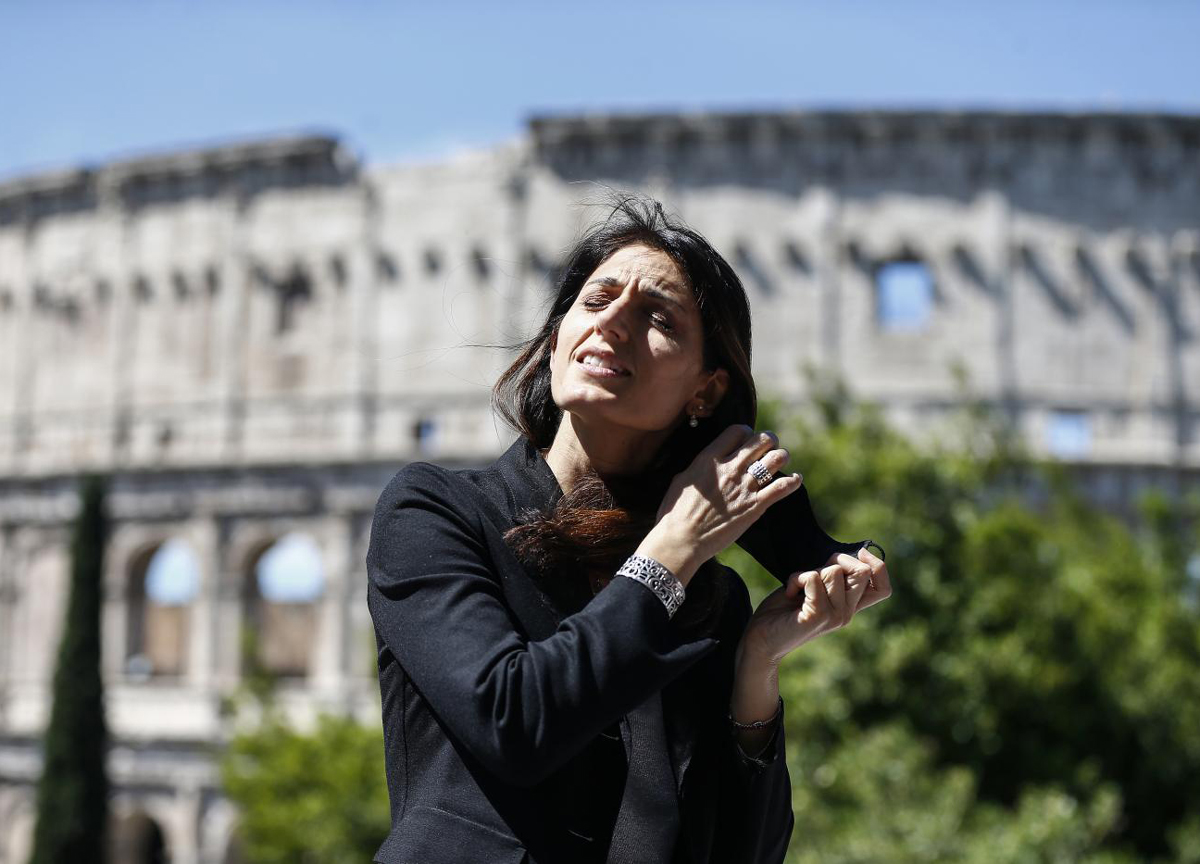 Rome mayor polls: Raggi is not in good shape. Michetti vs Gualtieri. And Calenda ..

The Winpoll survey on the municipal councils of Rome commented by Prof. D’Alimonte

Virginia Raggi. It is not in good shape. 66% of the respondents in the Winpoll survey for the Sole 24 Ore he thinks that in the five years of his mandate life in Rome has deteriorated and gives a negative opinion on his administration. Despite this, 21.3% say they want to vote for it in the first round. A much higher percentage than that collected by his party, which stops at 12.9% of estimated voting intentions. Evidently in his five years as mayor he was able to build his own electoral base with a significant personal component. However, it will not be enough to win. If she were to go to the ballot against Michetti she would be clearly defeated. She is the only opponent that Michetti could beat. The flows between the first and second round show that there are too few voters from Calenda (29%) and Gualtieri (31%) willing to vote for it in the second round. For Raggi it will be difficult to overcome the obstacle of the first round and even more difficult to win against Michetti in the second. In our survey it is given the loser against Michetti, 44.2% to 55.8%.

Carlo Calenda. He is the real outsider of this competition. He doesn’t have a party behind him. His Action party collects only 3.9% of voting intentions. Yet 17.8% of those interviewed said they wanted to vote for it in the first round. It is the lowest percentage among the four major candidates, but not so low as to exclude him a priori from the competition to win a place in the ballot. If he succeeds, he has a very good chance of becoming mayor. In our survey it is given the winner against Michetti, 54.8% against 45.2%. Calenda’s strength lies in its transversal appeal. It enjoys the trust of 70% of the voters of the Democratic Party but also of 62% of those of Forza Italia. But perhaps the most surprising is the figures for M5S (42%) and Fdi (39%). None of the candidates in the running has such a transversal appeal. This explains why in the ballot he would be able to win against Michetti. The flows say so. 68% of Gualtieri’s voters in the first round and 34% of Rays would vote him in the second round. The fact remains that for Calenda getting to the ballot will be tough. He will try to turn the lack of a real party behind him into an advantage by presenting himself as a civic candidate supported by a civic list. It will focus on its competence and its independence from the apparatuses that have governed Rome in recent years. But it will still be a difficult challenge.

Roberto Gualtieri. He is the candidate in pole position. It should not be fooled by the fact that he is only in second place in voting intentions in the first round with 25.5%, surpassed by Michetti. This figure is affected by the presence on the field of three center-left candidates who split the votes. Of these three candidates, he is the best placed to go to the ballot. If he succeeds, he could be the new mayor of Rome. In the two-way clash with Michetti he would have 53.5% against 46.5% of his rival. 48% of Calenda’s voters and 34% of Raggi’s voters would vote for him. But its real strength is the Democratic Party which is confirmed as the first party in the capital with 27.7% of voting intentions. Gualtieri does not have Calenda’s transversal appeal. It enjoys little trust among the voters of the other parties, with the partial exception – curiously – of those of the League. But he has the confidence of the voters of his party and the Democratic Party in Rome weighs heavily. If he remains united, Gualtieri should be able to overcome the first round which for him, as well as for Calenda, is the real match.

Michetti. He is the only candidate who has nothing to fear from the outcome of the first round lottery. In fact, one of the two places in the ballot is his. It would be sensational if the united center-right in Rome was unable to get its only candidate to the ballot. However, once he gets there, the problems begin for Michetti. He is the least known candidate among those in the running. Only 58% of Romans know it. But all in all it is not such a negative figure and in any case it can be remedied. The electoral campaign also serves this purpose. His real problem is the electoral base. According to the estimates of our poll, the center-right coalition that supports it can count on about 45% of the votes. It is not cheap but it is not enough to win. With these consents he can only win against an unpopular candidate like Raggi because in this case, as we have seen, he can count on the ballot on a quota of consents that would come from the voters of Calenda and Gualtieri who prefer him to the outgoing mayor. Against Gualtieri or Calenda it would be more difficult. Especially against the latter. And just like Calenda he will try to broaden his electoral basin by presenting himself as a civic candidate, detached from party logic. If it succeeds, the ballot will be a more competitive challenge than what appears today from the data of our poll.

“I saw people passing in front of him and ignoring him. I approached him and … I can’t even tell it.”