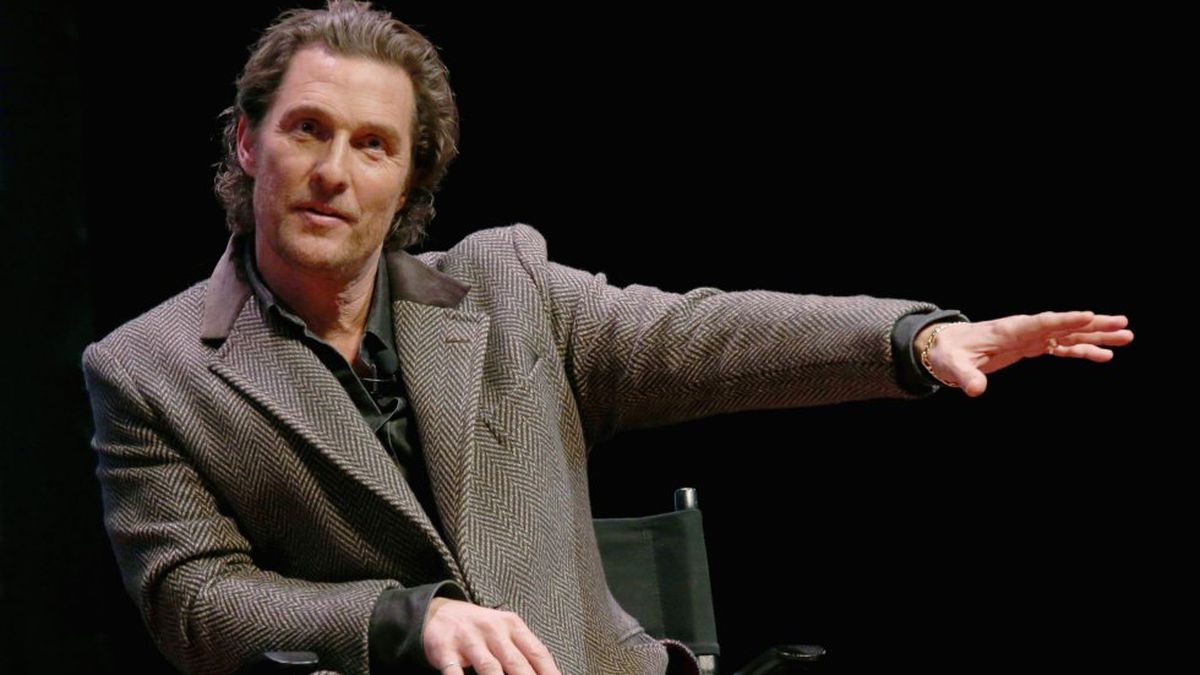 Matthew McConaughey would have the support of Texans if he finally decides to run for governor of his home state. This is assured by a survey carried out by the newspaper The Dallas Morning News and the University of Texas between April 6 and 13 to a total of 1,126 voters, of which 45% would support the actor while 33% would vote for Greg Abbott, the current governor of Texas seeking reelection . According to this hypothetical poll, the winner of an Oscar for Dallas Buyers Club it would receive the support of the Democrats, since 66% of them would vote for McConaughey and only 8% would give their vote to Abbott. Instead, 56% of Republicans said they would support the current governor and 30% would support the Hollywood actor. For independent voters, 44% would vote for McConaughey and 28% for Abbott. The actor still has time to decide if he will finally run for governor of the state of Texas, as the elections will be on November 8, 2022.

Matthew McConaughey, who defines himself as a centrist, has not yet confirmed his candidacy or made it clear if he would run for the Democratic or Republican party, but only a month ago he admitted that he was seriously considering entering the political arena as governor of Texas. “I’m seriously considering it,” he stated on the podcast. The Balanced Voice last March. “Because I think I have some things to teach and share, but what is my role? What is my category in the next chapter of my life that I am going to enter? ”He asked himself then.

It wasn’t the first time the 51-year-old Texan hinted at his intentions. Last November he already dropped in an interview in The Hugh Hewitt Show I could take the plunge “Politics seems like a bad deal to me right now. When politics redefines its purpose, it could be much more interested “, he said then, assuring that the possibility was in the hands of the citizens:” It would depend on the people more than on me. “

The actor, who in his young years was famous for his fondness for partying, marijuana and playing the bongos naked – which led him to be arrested in 1999 – has become an impeccable family man in the last decade. He has been married since 2012 to Camila Alves, with whom he has three children, and both have been doing intense philanthropic work since his foundation, just keep livin ‘, dedicated to helping students from underprivileged families. In recent years, he has combined his increasingly solid career in Hollywood with various solidarity campaigns to help those most in need in his home state. Just a few months ago, he and his wife raised almost eight million dollars for those affected by the winter storms in Texas in February. During the pandemic, he participated in a chat through Zoom with the students of the University of Texas, in Austin, and in 2019 he joined as a professor at the faculty where he graduated in 1993 in the department of Radio, Film and Television.

McConaughey has not been the only artist who has openly considered making the leap into politics. Before becoming the 40th president in the history of the United States, Ronald Reagan put aside his acting career to be governor of California. The same steps that Arnold Schwarzenegger later followed, who was governor of that same state from 2003 to 2011. And almost 40 years ago it was the actor, director and producer Clint Eastwood who became mayor of the small Californian city Carmel by the Sea .

More recently other artists belonging to the world of interpretation and music have also shown their desire to change society from high places. On July 4, coinciding with the Independence Day of the United States, rapper Kanye West made official what he had been revealing for some time with his positions on social networks and announced that he would present his own candidacy for the presidency of the country. “Now we must fulfill America’s promise by trusting God, unifying our vision, and building our future. I am running for president of the United States, ”the musician announced. In 2018, the actress who played lawyer Miranda Hobbes on the hit series Sex in New York, Cynthia Nixon, decided to appear in the primaries to become the Democratic candidate for the post of governor of New York, a position that had to be disputed without success with Andrew Cuomo. “We are fed up with politicians who care more about headlines and power than about us. Something must change ”, said the star then.

The Emirates from the Arabian Desert to the Desert of Mars .. 50 years of foundation