Politics gets muddy in Congress before the electoral battle for Madrid 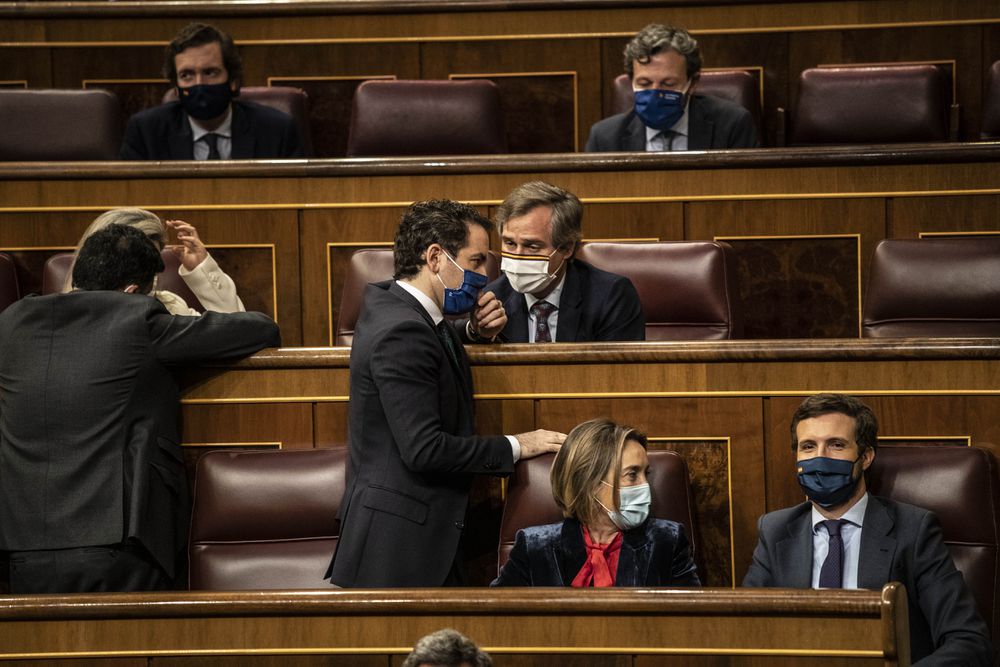 Madrid’s polarized campaign before the May 4 elections began this Wednesday in Congress with the utmost harshness and with the participation of the main national leaders. The first swords of the Executive accused the PP of “bad arts”, of “corruption and transfuguismo” and even of buying votes. The head of the opposition, Pablo Casado, attacked President Pedro Sánchez for “using the BOE as a script for Game of Thrones” to “make alchemy with the institutions of the State.” That dirty tone was later transferred to the Kitchen commission, which investigates the illegal espionage from the Interior of the ex-treasurer of the PP, Luis Bárcenas.

There are 47 days left for the elections to the Community of Madrid. The formal campaign has not started, there are still some candidacies to be confirmed and the pandemic is still alive with its devastating balance, but the country’s political landscape has fully entered those irremediable parentheses every time citizens are summoned to the urns. A little more than a month ago it was for the electoral appointment in Catalonia, now it is for the 4-M electoral advance in Madrid.

The president, Pedro Sánchez, verified it first-hand as soon as the congressional session scheduled for the opposition to control the Executive’s management began. The leader of the PP, Pablo Casado, had registered a question about the balance of the first year of the pandemic and transformed it to accuse the head of Government for his “arrogance, incompetence and instability” and to adhere to the Madrid campaign of Isabel Díaz Ayuso Against the front that they really want to measure in those very little autonomous elections, the Sánchez-Iglesias tandem.

“The country is getting out of hand. Governing is not this; is not to use the BOE as a script for Game of Thrones; nor use citizens as pawns in a game of chess; nor put his sorcerer’s apprentices to do alchemy with the institutions of the State. Not everything goes for power, ”Casado attacked. And on his objective for the 4-M he predicted that it will be “the first stage of the union of the center-right in Spain” around a PP that aims to represent the country “calm and away from populism.”

“Mr. Casado, I see that we are in the campaign, the Wednesday rally,” the president replied before entering the dialectical battle: “You represent continuity in the bad arts, lack of respect, transfuguismo and corruption, you represent the shift to the extreme right. Do not change headquarters, save yourself the move, they represent the worst of the PP “.

The tone of the debate was already that, oblivious to ideas, programs, projects, reforms, improvements or proposals for the country when the leader of Más País, Íñigo Errejón, in the center of all eyes after refusing to associate with his former partner and founder of United We Can, candidate Pablo Iglesias, in joint lists for the Community of Madrid, it occurred to him to ask about a possible state mental health plan that would alleviate the consequences of the pandemic. Errejón skillfully conceded that the matter might seem alien to the urgencies of the moment, but its significance seemed relevant to him. Laughter was heard from the PP benches. And a popular deputy, Carmelo Romero, shouted: “Go to the doctor!” The phrase shocked and provoked a controversy of such dimension, even internal with disqualifications from relevant members of the PP, that the parliamentarian he was forced to apologize.

Íñigo Errejón (More Country) in his speech in the plenary session of Congress this Wednesday.

The session continued, however, along the same path and similar dialectical crosses between the first vice president, Carmen Calvo, and the less and less moderate popular spokesperson, Cuca Gamarra, in theory nominated to soften the hard profile of her predecessor, Cayetana Álvarez de Toledo. Gamarra again resorted to the simile of the series Game of Thrones to talk about armchair fights and “betrayal of the agreement at the blow of the office” before which he labeled as “the sloppy motion and the shoddy conspiracy” that was tried in Murcia and that this Thursday will be voted on.

The “simplistic” tone that Calvo ugly to Gamarra was the one used by Teodoro García Egea, general secretary of the PP, against the balance of these 14 months as second vice president of Pablo Iglesias. Egea went to Sánchez to deny that what happened with the frustrated motion in Murcia is transfuguism and called it “dignity.” And he lamented with irony how little Iglesias had lasted in the vice presidency: “If what he wanted was to go to the opposition, he could not choose a better candidacy, Madrid.”

It was not foreseeable that Iglesias, who is considered a great agitator, would solve the reply without accepting the duel. And it did not happen. He accused the PP of “buying Citizens’ deputies” and attacked Egea: “I wonder if you have put the money or have been given it by a builder.” The popular responded in his style: “The 5-M will only be left for you to sit around the Assembly of Madrid.”

The day ended, already on Wednesday afternoon, with the first appearance session of the investigation commission of the Kitchen case on illegal activities in the Ministry of the Interior of the governments of Mariano Rajoy. Luis Bárcenas appeared, who answered almost all the deputies. Not to the PP, Luis Santamaría, who did not ask him anything and used his 14 minutes to relate all the controversies and scandals that have been attributed to the PSOE in the 43 years of this democratic stage. The previous afternoon, the PSOE spokesperson, Adriana Lastra, and the Vox spokesperson, Macarena Olona, ​​almost challenged each other between insults, in the center of the hemicycle, when the ultra deputy wielded a photo of the socialist with Arnaldo Otegi, the leader of Bildu . Two Basque Socialist deputies, Patxi López and Odón Elorza, denounced the next day the holding of four debates on ETA in just two days, 10 years after the defeat of the band and attributed it to this pre-electoral climate.

The Russians have decided on the directions for the May holidays