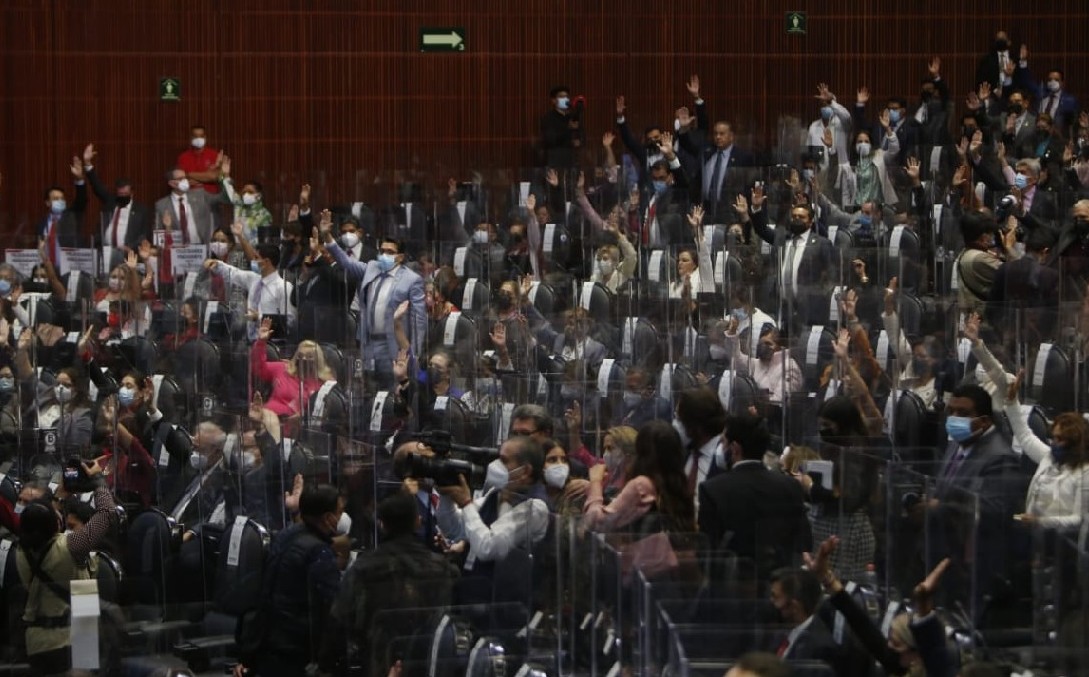 With 273 votes in favor and 220 against, the The Chamber of Deputies approved this morning in general the Law of Political Trial and Declaration of Provenance to regulate said processes, as well as the one related to the criminal responsibility ofl President of the Republic.

Despite the opposition’s questions for considering the new law as unconstitutional and an instrument of political persecution, Most of Morena and her allies endorsed her in “fast-track”, with dispensation from all procedures, in the first ordinary session of the 65th Legislature.

According to the project, the President of the Republic may be charged and tried for treason, acts of corruption, electoral crimes and all those crimes for which any citizen could be prosecuted.

However, if the opinion of the Examining Section considers the request of the Public Ministry for the violation of the president to be appropriate, the Chamber of Deputies will become an accusation body and, if approved, the procedure will continue before the Senate of the Republic, whose resolution It will be oriented to establish whether or not the probable responsibility of the head of the Executive branch in the commission of the crime of which he is accused is proven or not.

The law indicates that impeachment is appropriate when the acts or omissions of public servants are detrimental to the fundamental public interests or to their good office.

These acts include the aattack democratic institutions; the attack on the republican, representative, secular and federal form of government; human rights violations; the attack on the freedom of suffrage or the material possibility of casting it; the usurpation of powers or the illicit use of powers and powers, as well as any violation of the Constitution or federal laws when it causes serious damage to the federation, to one or more states or to society.

Although the draft decree expressly establishes that “impeachment for the mere expression of ideas does not proceed,” the legislators of the opposition bloc warned about the risk of political persecution, based on grounds such as “the attack on democratic institutions.”

“If the resolution issued in the political trial is convicting, the public servant will be punished with dismissal. Disqualification may also be imposed for the exercise of jobs, positions or commissions of any nature in the public service from ten to thirty years ”, underlines the articulated.

The impeachment may only be started during the time that the public servant performs his / her employment, position or commission, and within one year after the conclusion of his / her functions.

By setting the PAN position in rostrum, Deputy Annia Sarahí Gómez argued that the ruling does not aim to reduce corruption, but rather is an instrument of power and revenge.

“This law takes up old procedural figures that no longer have a place in the Mexican justice system. It has a spirit of revenge against the states that have not been intimidated by the centralism that has done so much damage ”, accused.

In its turn, Priista Marco Antonio Mendoza argued that the initiative has deficiencies that violate the basic principles of human rights, due process and violates the separation of powers.

“We must legislate responsibly respecting the political principles and institutions emanating from the Constitution. It is not a legal text, but rather a political instrument, whose legal gaps and deficiencies become a potential danger for the stability of the political and social climate of the country ”, alerted.

By Morena, legislator Lidia García Anaya He stressed that impunity is the greatest threat that puts at risk the solidity of the rule of law, which is why this law will end with excuses, by providing greater certainty, clarity and consistency to the procedures to bring those who are accused to justice. and verify illegal acts from the public service.

In the first ordinary session of the 65th Legislature, the Chamber of Deputies generally approved the Federal Law on Political Trial and Declaration of Provenance.

The new Federal Law on Political Trial and Declaration of Provenance provides for updating the regulation of said processes and the criminal responsibility of the President.