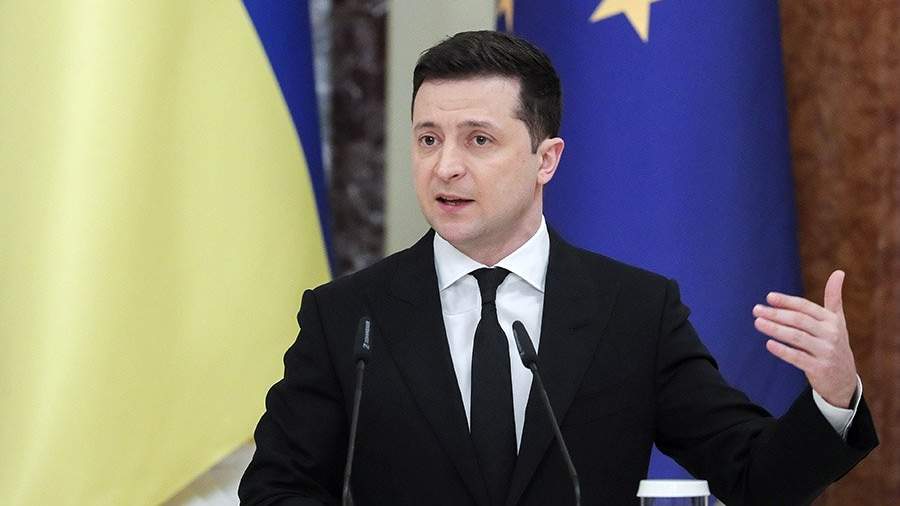 Ukrainian President Volodymyr Zelenskyy invited Russian leader Vladimir Putin to meet in Donbass to show the Western partners Ukraine’s attempts to resolve the situation in the region. This opinion was expressed by political scientist Dmitry Solonikov in an interview with REN TV.

According to him, this move by Zelensky is aimed primarily at France and Germany, to which Russia is appealing, saying that Kiev does not comply with the Minsk agreements.…

“Russia’s argumentation is quite logical. Ukraine needs to answer something to this. Ukraine is not going to fulfill the Minsk Agreements, but to say that we are taking steps for a settlement, that we even offered to meet and discuss everything, and Russia, so bad, did not go to this meeting, ”the political scientist noted.

“I think that for the European partners it is quite enough to say when Russia says that Ukraine is not negotiable: you yourself did not agree to negotiations. In this respect, both France and Germany remain in a beautiful position: they support a peace-loving Ukraine, which is seeking a negotiated solution. Zelensky is playing a perfectly coordinated beautiful game with European partners, ”the political scientist said.

“The Russian side at the highest level will not go to any Donbass to meet on the line of fire with Zelensky. Clowning to walk around positions in a helmet is not in the style of the Russian leadership, “the expert concluded.

In turn, political analyst Alexander Asafov expressed the opinion that Zelensky, offering a meeting to the Russian leader, is working on the “internal media agenda” of Ukraine.

Roskomnadzor demanded to lift restrictions on posts with the Russian anthem