Political crisis in Salta due to the presence of Alberto Fernández: an official resigned and criticized the Government 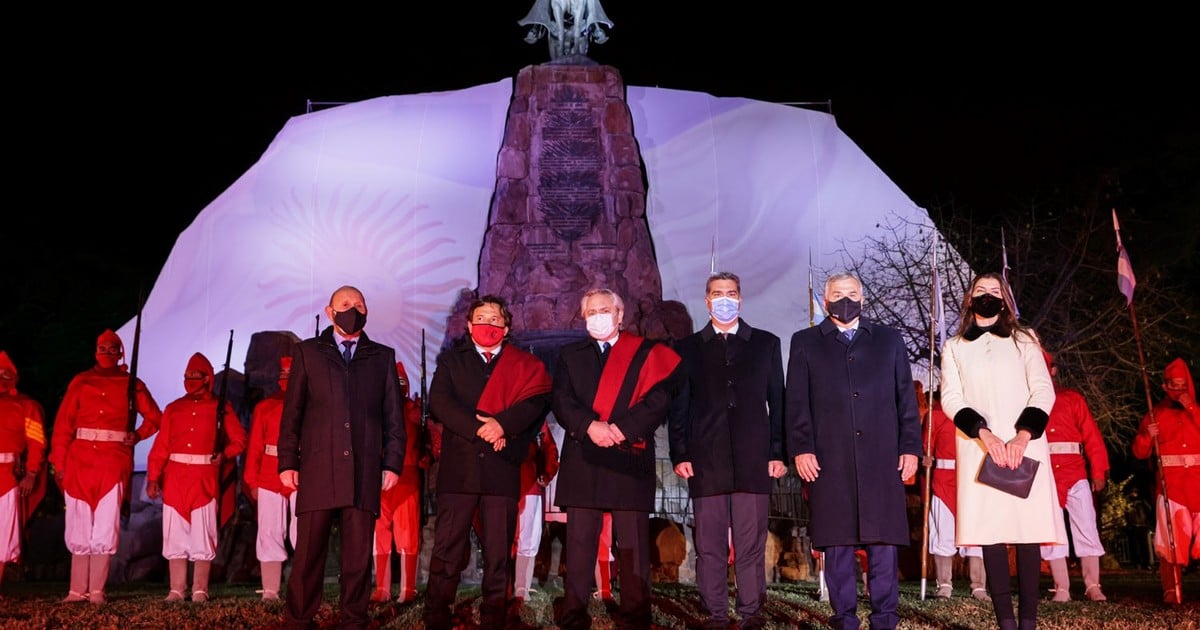 The Government of Salta had its first resignation in the midst of the political crisis due to the visit of Alberto Fernández and the rudeness and protests at the commemorative events for the bicentennial of Güemes’ death. Is about Francisco Aguilar, who left the presidency of the Emergency Operational Committee with strong criticism of the government national.

Aguilar, who led the body in charge of managing the coronavirus pandemic, presented his resignation to Governor Gustavo Sáenz on Thursday.

“With the conviction of having contributed everything humanly possible to contribute to the fight against the Covid 19 pandemic, without expecting any compensation other than the satisfaction of having followed my professional vocation, “he wrote in a letter released at sunset this Thursday.

In that writing he left hard questioning the presence of the President in Salta and the irruption of Kirchner militants in the acts of Martín Miguel de Güemes. And he also made his discharge against the measures of the Casa Rosada against the Covid-19 pandemic.

Francisco Aguilar, president of the COE in Salta. Photo: Government of Salta

In that sense, he expressed his “concern for the facts occurred on the occasion of the Commemoration of the Bicentennial of the death of our gaucho hero, General Martín Miguel de Güemes “.

He thus referred to sudden entry of militants of the Evita Movement and the Classist and Combative Current that -after breaking into the act of this Wednesday night- sought get to the hotel where Fernández stayed to greet him, adding chaos and tension in the operation.

“Because political motivations that I do not share and did not know, the entry of supporters of the President of the Nation was authorized in an attitude that constituted an affront to the salteños and the effort that society has been making to combat this pandemic, “he said about the incidents, which left albertism at the center of the controversy.

Y criticized in strong terms the management of the national government.

“The erratic and contradictory health policy of the national government can seriously affect the pandemic situation, for transmitting to the community the feeling that individual and collective efforts are not valued carried out for the sake of protecting public health, “said Aguilar.

He also warned about the provincial situation. Salta is “very at the limit” in its sanitary capacity, he had told The Tribune a few hours before. “The corresponding authorities will have to take action after this.”

His resignation had been preceded by strong statements from the provincial government, which they pointed to the Presidency for the disbandments Wednesday night.

“It was a directive given by the President of the Nation through the Secretary General and Casa Militar “, said Juan Manuel Pulleiro, provincial security minister.

“They showed up five members of Casa Rosada with the directive of the President of the Nation to let them pass to the hotel door where the President wanted to receive them, greet them. That’s how it went. Then they deconcentrated. They were not part of the acts, “he added.

However, groups of gauchos they withdrew from the vigil before the irruption of the K organizations in a space that had been limited by epidemiological prevention.

For his part, the governor Sáenz announced an investigation: “I asked the Military House to tell us who were responsible.”

From the Casa Rosada, Wado de Pedro spoke, came out at the crossroads of the accusations of Pulleiro.

“President did not enable any exceptions to the restriction rules that exist in the national territory, “said the Minister of the Interior, according to the website The Tribune.

Due to the pandemic, the Salta authorities imposed restrictions on the usual activities to commemorate Güemes, a gaucho hero. Right in the bicentennial From his Step to Immortality, the number of attendees at the Vigil under the stars was limited to one hundred, at the foot of the monument to the hero.

Also I know postponed for november the traditional parade through the streets of Salta.

The restrictions, added to the malaise over the economic situation, prompted hundreds of Salta residents to take to the streets to protest against the presence by Alberto Fernández when we have the information.

In this context of social moodiness, the President participated in the vigil in the midst of a fierce security operation to prevent the protesters from approaching him.

There, Kirchner militants evaded the controls and, with great fanfare and flags, they went to the hotel where Alberto F. stayed, a few meters from the monument.

Gauchos de Güemes at the foot of the monument in Salta after the act of Alberto Fernández. Photo Javier Corbalán / El Tribuno

The gaucho representatives, in protest, sang the National Anthem, the Hymn to Güemes and leave the place. Thus, the hero did not have the guard of his people. Before, some of his representatives exchanged a few words with Fernández.

Traditionalist groups expressed their discontent on Thursday. They denounced that it was a maneuver of “government revenge” after the protests and they even dedicated a public letter to the president.

Despite the postponement of the parade, a convocation quickly circulated on social networks to honor Güemes this Thursday at 5:00 p.m.

In this way, hundreds of salteños approached the monument for a “Punchdown”. There they remembered Güemes and were even able to bring him some offerings. They also continued to vent their anger at the President for what they considered an “affront.”

While they, dressed in their ponchos, demonstrated, the crisis reached the political offices with the resignation of Aguilar.