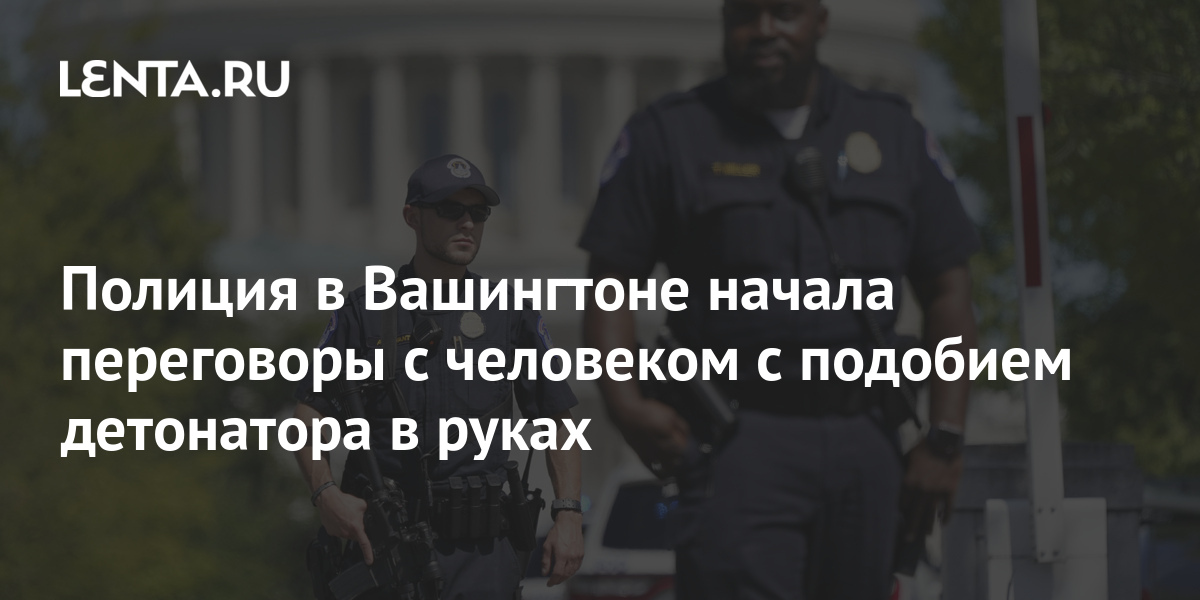 At the Library of Congress in Washington, negotiations have begun with a man who is holding a semblance of a detonator in his hands. This was announced at a briefing by the Capitol police. RIA News…

This man is a driver who previously told law enforcement officers that there was a bomb in his car, parked next to the Library of Congress. Now the police have identified the person, his motives are being clarified. A police spokesman also said that officers have evacuated people from several nearby buildings and Congress staff are on vacation.

Earlier it became known about a suspicious car that was parked outside the building of the Library of Congress. Capitol police announced the threat of an explosion, cordoned off the surrounding area and asked the public and journalists to avoid approaching the scene. Experts went to the car to clarify the circumstances.

On May 4, an unidentified person attempted to drive a car into the territory of the CIA headquarters in Langley, Virginia. The armed guards stopped the intruder without opening fire. The staff spoke to the American and convinced him to give up his malice.