Police draw their guns in Palma 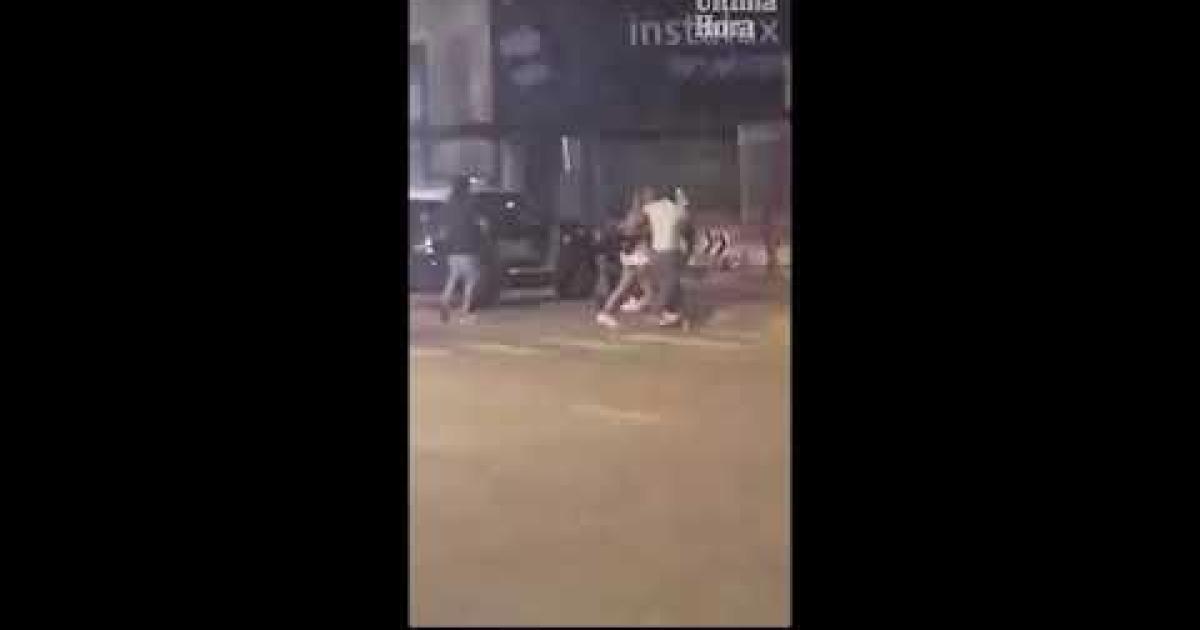 National Police drew their guns during a violent confrontation with a group of young people in polygon Son Castelló in Palma on Monday.

The incident began after a stabbing at around 04:30 in the vicinity of Es Gremi nightclub. The victim told Officers that when his friend was assaulted by 7 or 8 youths he tried to calm the situation down, then a man broke a bottle and stabbed him in the back.

A 29-year-old Dominican suspected of stabbing the victim was arrested by Police near the nightclub and put inside a Police patrol car.

Minutes later, a group of men who Police say were mostly South Americans, arrived at the scene and confronted the Officers. They allegedly started throwing bottles at the Officers and threatened them, shouting, “We are going to kill you all. Let our friend go free or you will die. “

When some of the men tried to free the suspect from the patrol car, the police drew their weapons, as can be seen in video, which has been handed over to the National Police Homicide Group.