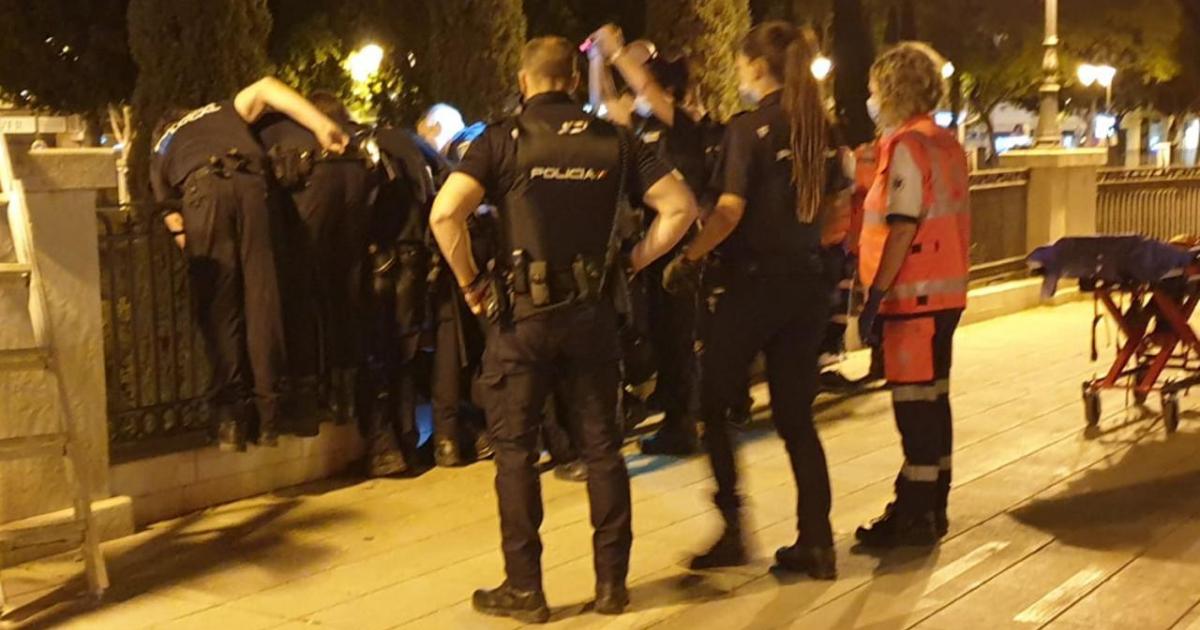 Local police, National Police, the fire brigade, ambulance crew, passers-by, a security guard, a taxi-driver; they were all involved in preventing suicide in Palma in the early hours of Sunday morning.

At around 3.30am, the National Police alerted all units to the incident over the Torrent stream where the Avenida Portugal and Paseo Mallorca meet. Two local police officers had managed to grab a 30-year-old Colombian man weighing some 100 kilos who was intent on throwing himself off; the drop is around eight meters.

The man was swinging, the two officers at risk of being pulled with him. Other police arrived, as did the passers-by and the taxi-driver. They held the two officers while another managed to tie the ankle of the man to a railing. He was still determined to jump, and it took the Palma Fire Brigade to hook him with ropes and secure him.

It was then possible to sedate him. He was taken to Son Espases, while all those involved in saving his life hugged each other.