Pole by Quartararo for sanction to Bagnaia and sixth by Márquez 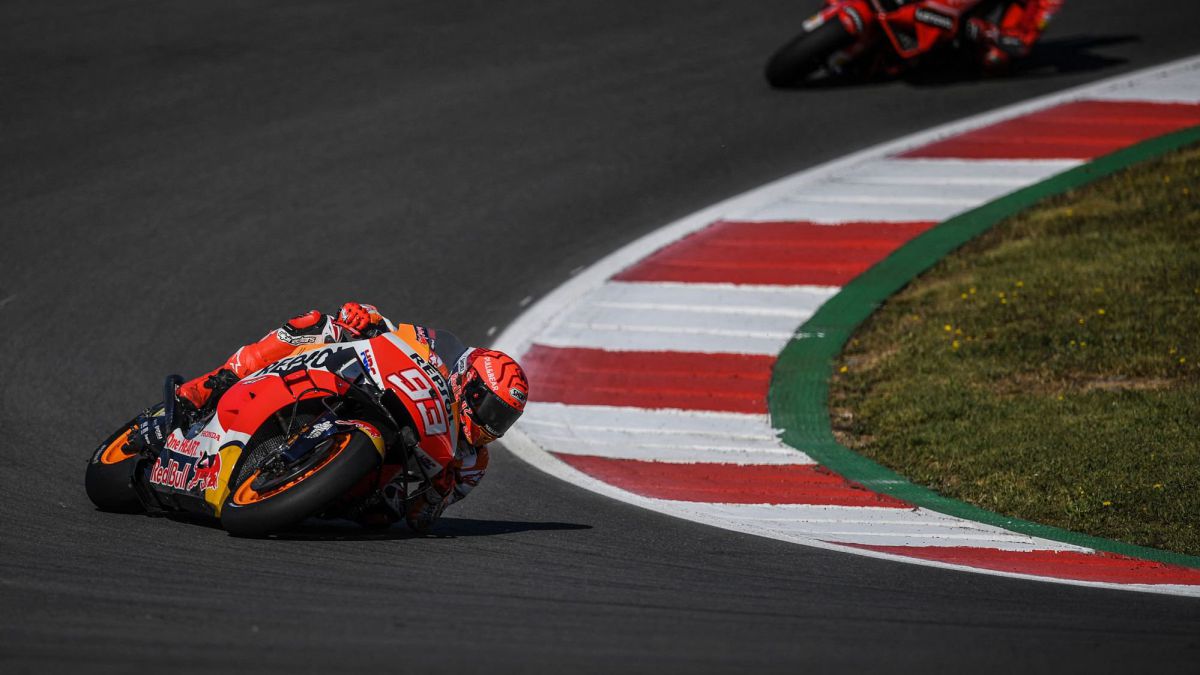 A clenched fist of joy and a smile from ear to ear on Marc Márquez’s face at the end of Q2 of the Portuguese GP. The one with Repsol Honda He saved the furniture with great solvency in a day that had started out difficult for him. His sixth place for the grid at the Portimao race It is an excellent result given his personal circumstances, because he reappears after nine months due to an injury in the dry dock, also because he had to go through purgatory in Q1 and, above all, because he spent ten minutes observing the official session from the box and stretching and releasing his right arm for a long time before starting at 4:43 left. It was unsettling to see him like this, but when the moment of truth came, he delivered.

What the eight-time champion could not do this time was enter the fight for pole position and had to settle for the seventh fastest time of the twelve drivers on the track. However, he inherited a position when Francesco Bagnaia’s best lap, the one that gave him pole, was canceled for getting his record with a yellow flag on the track due to the fall of Oliveira. The Ducati had made a great time that was the best lap given to the Algarve circuit with a motorcycle, but his suspension left him relegated to eleventh place. It can be seen as an injustice, but it is what the regulations mark. With a yellow flag it is useless to shoot and, in fact, it is necessary to cut.

The great beneficiary of this sanction was Fabio Quartararo, who inherited pole position and thus cut the second place on the grid for Ducati riders this season. Bagnaia himself had signed it in Qatar 1 and Martín took it in Qatar 2. The rookie, this time, missed the afternoon session on Saturday as a result of his hard crash in FP3 in the morning. He suffered a concussion for which he must spend 24 hours in the Faro hospital, but the worst thing is that he suffered two fractures in the first finger of the right hand, another in the medial malleolus of the right ankle, all of them operable, and one hand in a metatarsal in the left hand that does not require an operation, according to Dr. Ángel Charte.

Going back to Q2, Rins’ sensational second on the grid. Suzuki’s has a very good pace and finally a very good position at the start time. The first row will be closed by Zarco, with a third place that has enormous merit because he fell at the beginning of the session. The second line has been left for Miller, Morbidelli and Márquez. The third, for Aleix, Marini and Mir, who reached Q2 from Q1, with second place after Marc. The fourth line has been for Oliveira, Bagnaia and a Maverick who had up to three laps taken away, for exceeding the limits of the route and for giving full throttle with a yellow flag on the track. Further back they will come out Álex Márquez 13th, Pol 14th (suffered a hard fall when leaving by ears in the entrance curve to finish line, but without major consequences), Rossi 17th and Lecuona 19th.

Lyrid Rain: at dawn this Thursday, up to 20 meteors per hour can be seen in the sky