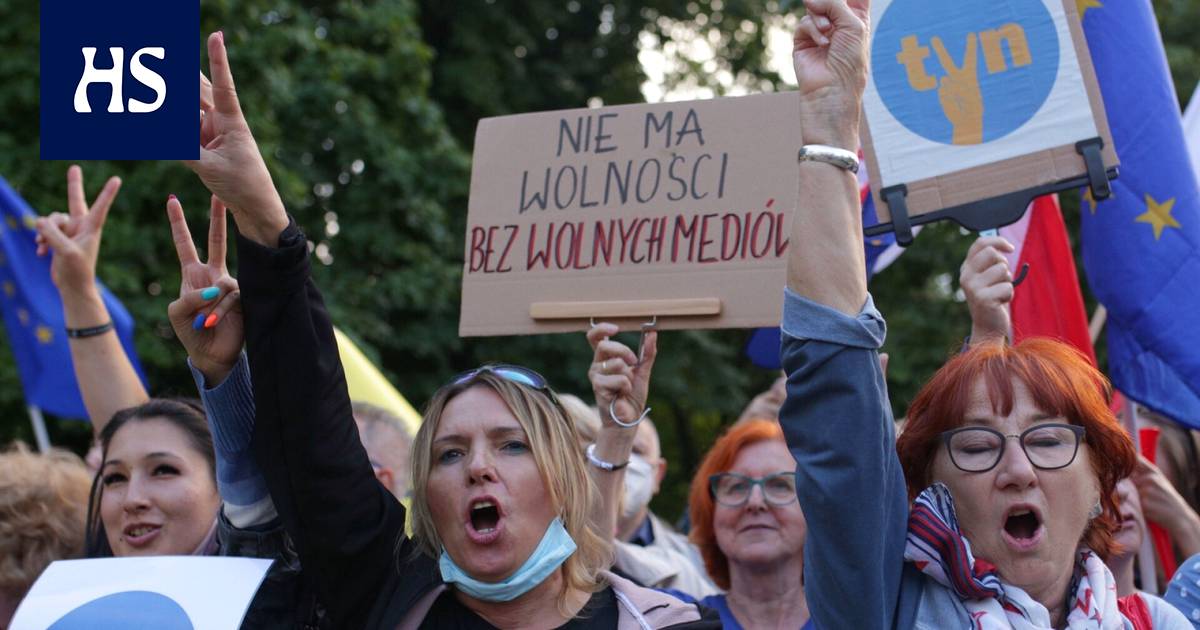 The Prime Minister’s Party has long argued that foreign media actors distort public debate in Poland in a way that harms the country’s interests.

In Poland thousands of people demonstrated on Tuesday in favor of free media. In addition to the country’s capital, Warsaw, demonstrations were held in 80 cities.

The protests are backed by planned legislation that could shut down the country’s U.S.-owned broadcaster. The protests were covered by the news agency Reuters, among others.

The country’s parliament is due to vote on the legislation on Wednesday. The vote is on tightening up the rules on foreign ownership of Polish media.

“Would we like Polish media to be procured without rules from anyone around the world without barriers?” The Prime Minister of Poland Mateusz Morawiecki asked reporters earlier, according to Reuters.

Morawieckin the right-wing populist Law and Justice Party, represented by, has long argued that foreign media actors distort public debate in Poland in a way that harms the country’s interests.

According to the party, it wants to prevent countries like China and Russia from taking over the Polish media, but critics say the party is still trying to silence the country’s most popular news channel, TVN24. The channel is U.S.-owned and its license expires in late September.

According to Reuters, opponents of the law change believe that if TVN24 permanently loses its license to operate in Poland, freedom of speech and the state of democracy will deteriorate in the country.

Poland has recently found itself in conflict with the European Union, including with regard to the independence of the judiciary. Picture: Jakub Orzechowski / Agencja Gazeta

Critics the Polish government is adopting a tactic used by a close ally of the Prime Minister’s Party, the Hungarian Prime Minister Viktor Orbán has used in recent years in their own country.

Hungarian public service broadcasters are largely under the control of the administration and several media outlets have been closed down. Since the Law and Justice Party came to power, many critics have also seen the mouthpiece of the country’s administration as a Polish public broadcaster.

According to Reuters, if implemented, Poland’s new legislation also threatens to weaken the country’s relations with the United States and the European Union. Poland has recently been on a collision course with the EU with certain principles of the rule of law. For example, the independence of the Polish judiciary has long been a concern of the European Commission.