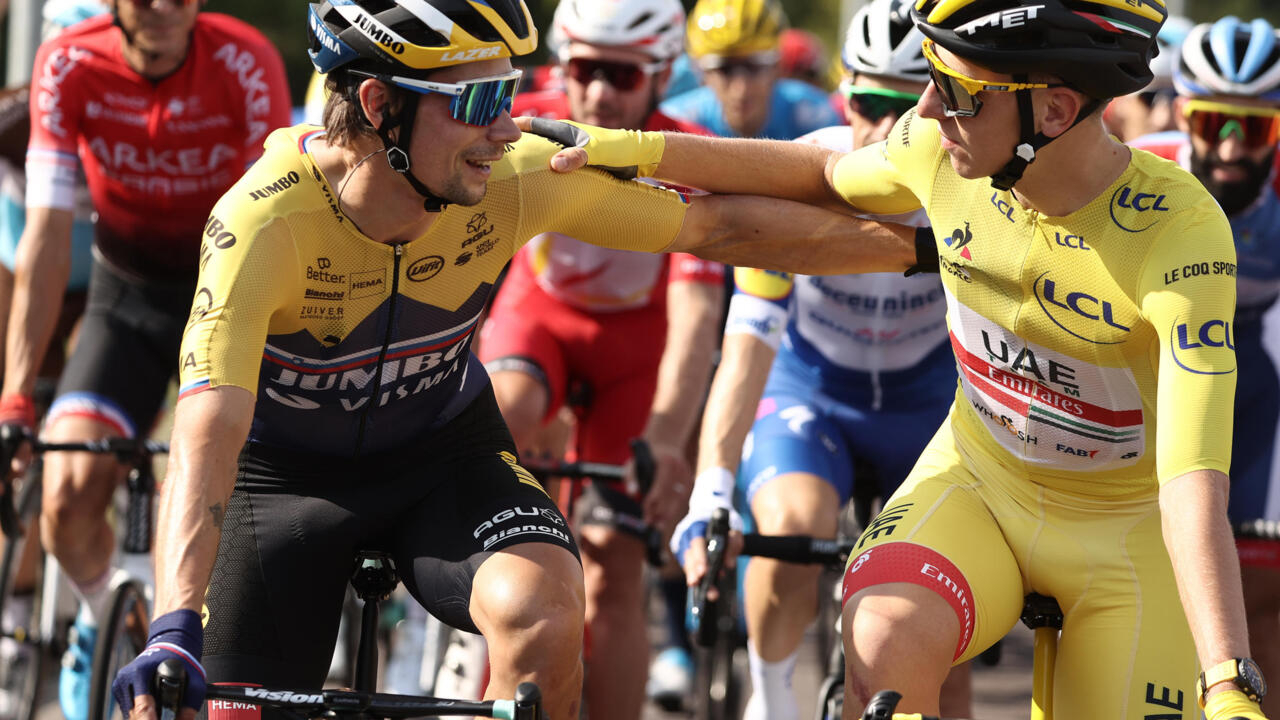 The dispute for the famous ‘yellow jersey’ is expected to be brutal. The Slovenian Tadej Pogacar, outgoing champion and Primoz Roglic, second last year behind his compatriot, are the big favorites for the 108th edition of the Tour de France that starts on June 26. Behind them, the Ecuadorian Richard Carapaz and the British Geraint Thomas (both from Team Ineos) as well as the Colombian Miguel Angel López (Movistar) appear as the most serious rivals to keep track of.

The victory of Tadej pogacar (UAE Team Emirates) last year left such a powerful mark that it seems inevitable to make the young Slovenian rider the favorite in his own succession. How could it be otherwise? Since his triumph in Paris last September, the talented climber has won three of the four races per stage he contested this year (the Tour of the Arab Emirates in February, Tirreno-Adriatico in March and the Tour of Slovenia in June). In addition, it won in April one of the five Monuments of cycling: the Belgian classic Liège-Bastogne-Liège.

Pogacar comes to the Tour with the experience of last year and with the support of a whole team to defend him. Alongside Pogacar, UAE Team Emirates selected the Polish Rafal Majka, the Italian Davide Formolo and the Swiss Marc Hirschi (2020 Tour reveal).

Could Pogacar fail to win his second consecutive Tour in just 22 years? The answer is yes. And several elements indicate that repeating last year’s feat will be very difficult for the Slovenian rider.

First, Pogacar comes to the Tour with the label of favorite and rival to fight. That changes everything. Last year Pogacar arrived with the label of a talented young man, but no one imagined him really capable of winning the Tour. This year the surprise effect will not work. One piece of information supports this point: neither Christopher Froome, Geraint Thomas (winner in 2018) and Egan Bernal (champion in 2019) managed to retain the title. Second argument: the route of the Tour with its two long time trials (58 km in total) seems less favorable to Pogacar. Third, their rivals present even stronger teams, starting with the Jumbo-Visma.

Roglic and the Jumbo-Visma, for the rematch

Pogacar’s strongest rival should be his compatriot Primoz Roglic, 31, member of the Dutch Jumbo-Visma team. Last year, Roglic led the overall classification of the Tour from stage 9 to stage 19 and for many he had the final victory in his pocket … until Pogacar took the crown from him in an incredible time trial on the eve of the arrival in Paris. So Roglic will seek his revenge. One indicator that Roglic can surpass Pogacar is his triumph on the Tour of the Basque Country in April when he overtook Pogacar who finished third in this race.

Primoz Roglic returns to the Tour with a powerful team. Among his gregarious in the Jumbo-Visma are excellent riders such as Sepp Kuss, Steven Kruijswijk or Wout Van Aert. Last year they were the strongest squad and after the disappointment of the 2020 Tour they return with the ambition to overcome the loss. One uncertainty is the status of Roglic, who decided not to compete since March to stake everything on his preparation for the Tour. But the Jumbo-Visma riders won’t be Pogacar’s only rivals looking to get back to the top …

Team Ineos, the dominant team of the 2010s with seven Tour de France in the last ten years, wants to regain the crown. The British put together an impressive set of three Grand Tour winners: Geraint Thomas, 2018 Tour champion, Richard Carapaz (2019 Giro) and Tao Geoghegan Hart (2020 Giro). They also hired Richie Porte, the Australian who finished third in the last Tour de France and who just won the Critérium del Dauphiné at the beginning of June. And to support them they have Michael Kwiatkowski and Jonathan Castroviejo, two of the best gregarious in the squad.

The question for Ineos is the same as always: who will be the leader? Having multiple chips can be a strategic advantage, but it can also turn into a nightmare if the ego of the runners prevents one from making the efforts for the other. A possible scenario for Ineos would be to have Thomas and Porte in the first positions during the first week with the time that favors them and that in the end the Ecuadorian Richard Carapaz, with his capacities in high tomorrow, is the best located to dispute the general in the last week. His second place in the Vuelta España 2020 just 28 seconds behind Roglic gave him confidence in his ability to rival the Slovenians. His victory in the Tour de Suisse in mid-June shows that he is in excellent shape.

Behind these three favorite teams, the Colombian riders do not seem in a position to contest the title for a simple reason: a Tour with 58 kilometers of time, which is their weak point, does not favor them. Miguel Angel Lopez, sixth of the 2020 Tour, appears again as a possible candidate for the podium.

Let’s remember that last year he was third until the penultimate stage, when he totally failed in the time trial, losing more than six minutes over Pogacar. The optimism comes from his last prep runs. At the beginning of June, López was sixth in the Dauphiné with an excellent time finishing less than 30 seconds behind Richie Porte and Geraint Thomas, who are specialists in the discipline. The following week ‘Superman’ López won the Mont Ventoux Challenge, which is a repeat of stage 11 of this Tour, with the double ascent of Mont Ventoux. Two results that show that he overcame his team change from Astana to Movistar. For the better?

Behind Miguel Ángel Lopez, Rigoberto Urán, 34 years old, he is still a candidate for a position in the Top 10. Almost a custom for the EF Education – Nippo rider who was second in the 2017 Tour, seventh in 2019 and eighth in 2020. At his side, the young man Sergio Higuita The 23-year-old will make his second Tour after his retirement last year due to a crash at stage 15. His talent could make him a candidate for the Top 10 and for a stage win.

For the first time since his first Tour in 2013, Nairo quintana he is not running as a candidate for the general. French team leader Arkea Samsic clearly confirmed this this week saying that he was “in no condition to contest the overall” due to his double knee surgery at the end of 2020.

The Colombian climber will seek the victories of mountain stages and will try to be the king of the mountains again as he was in 2013. Another Colombian who will seek a stage victory rather than a place in the general classification is Esteban Chaves of Team Qhubeka Assos.

It is almost certain: a French rider will not win the Tour de France this year. Bernard Hinault will continue without heir in the list of winners. He’s accustomed. He has been the last French Tour winner for 35 years. In the absence of Romain Bardet (second in 2016, third in 2017) and Thibaut Pinot (third in 2014) the chances of a final victory for a Frenchman in Paris are almost nil. But it would tear apart the famous “uncertainty of sport” and the presence of the French joker in the person of Julian Alaphilippe. The world champion jersey on his shoulders gives “Loulou” even more pride and motivation to shine on the French routes.

The Deceuninck-Quick Step rider, with his unstoppable explosiveness and exceptional resistance to pain, should be one of the protagonists of the first week of the Tour with stages that seem designed for him. Could it be that Alaphilippe manages, as he did in 2019 and 2020, to wear yellow in the first days? Alaphilippe ‘maillot jaune’ would be a joy for France. Even if it’s only for a few days …