Podemos argues that rent control works “in the short term” 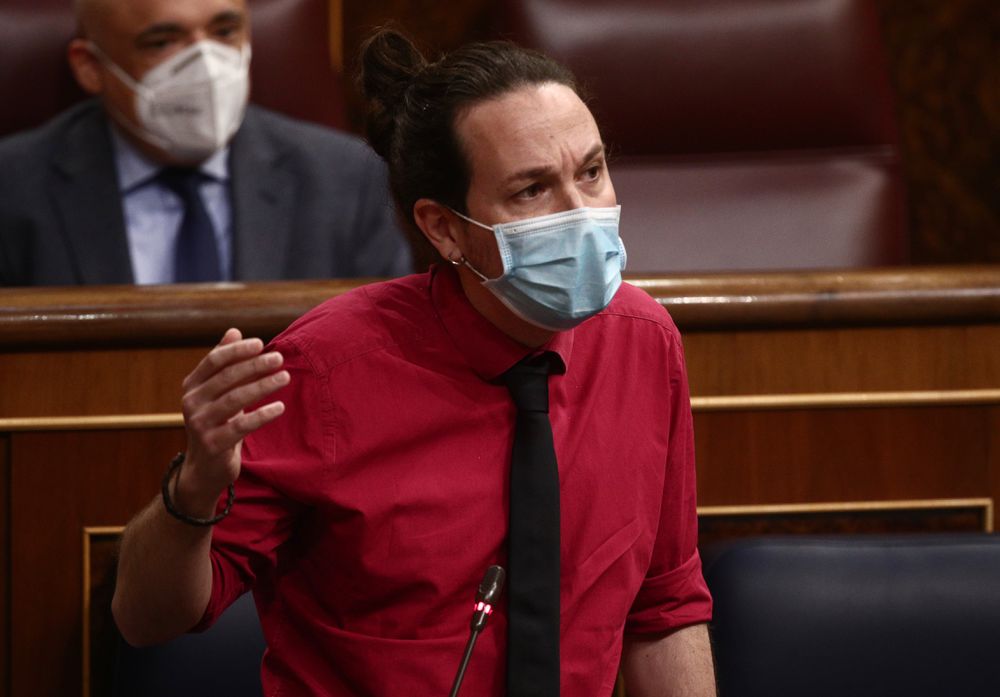 The arguments that the two government partners use in defense of their rental regulation proposals show that the positions are still far from being found. What has not changed for months is the main object of the dispute: whether it is convenient to put caps on rental prices. The PSOE, represented in the negotiations by the Ministry of Transport, Mobility and Urban Agenda (which has state powers in housing), had already said that it does not like to force rent limitations. In his proposal, based on tax incentives and which was released to the media this Wednesday, he attacked those measures with the argument that in countries such as France and Germany “they have not shown effectiveness in terms of income containment, and they do aim to have a short-term supply contraction effect ”.

The reply of the Second Vice Presidency and Ministry of Social Rights, in the hands of United We Can and still led by Pablo Iglesias (who will leave that position on April 14 to focus on the Madrid elections), has not been long in coming. A report from that department, to which EL PAÍS has had access, maintains that “the effects of the regulation of the rental price in certain areas of the stressed market are positive in the short term.” The text adds that the effectiveness of rent control, however, “is conditioned by the application of medium-term measures that expand the supply of public housing for rent.” And he points out that it must be accompanied by other actions.

The document, with the letterhead of the Second Vice Presidency, is one of those that the department has used to argue in the discussion with Transportation. After the last meeting between both parties, this Wednesday, United We can already made it clear that it does not support the approach to regulate through tax incentives and would continue to insist on its proposal. Little is known about this: it is based on the fact that based on an official statistic (there is the Government’s benchmark index, and some communities also have their own data) a rent price cap is established in stressed areas. All leases below that price would be frozen and those above would be lowered to that mark.

Contrary to what Transportes argues —that in a market with a large presence of small owners such as Spain, this would reduce the rental offer (which would cause new price tensions) -, Social Rights defends that “in the main developed economies there have been practicing different policies to control rental housing prices, which have regained importance in recent years ”. And he adds, regarding these experiences, that “the literature finds a lower rise in rents in relation to previous years” and that “there is no appreciation of a drop in the supply of rental housing.”

Specifically, Social Rights refers to three works related to price limits in Germany and which refer mainly to the so-called Mietpreisbremse or rent brake. This mechanism is somewhat different from what is known about the Podemos proposal: it was launched in 2015 and what prevents new contracts in areas with stressed prices from rising more than 10% over the average price in the area. It contains many exceptions and, although as the Vice Presidency document affirms, there are studies that indicate that it did contain the large price increases, it did not prevent them from becoming more expensive. In fact, in 2020 Berlin launched a stricter system and there the effect is not so clear: there are studies that say that in the first year the supply has contracted and others that say that the control has worked.

However, the report of the Second Vice Presidency points to “a policy that combines price control in stressed areas, investment in new public housing, improvement in income from work, aid to vulnerable groups, a new inspection and legislation that fights against speculation ”. In order to improve the offer, it aims at the mobilization of empty homes and the expansion of social rent “thanks to the homes of the Sareb and large homeowners and new developments.” In February, when the disagreements about the future law began to be made public, Podemos already opted to lower the definition of large owners to those who had more than five properties and to force them to allocate a part of their homes to social rent.

Finally, it adds “the creation of a social dialogue between tenant associations and homeowners associations that negotiate the conditions of the rental market.” This proposal to involve social organizations in the regulation of the market is similar to that given in other European countries and is also defended by some experts.

The report highlights the bad situation from which Spain starts due to the shortage of its social rental park (2.5%, the lowest percentages in Europe), the rate of effort that many tenants have to make to pay the rent monthly and late emancipation (at 29 years, compared to the average of 24 years in the EU). But beyond that diagnosis, in which there is consensus, it will not be easy to convince the socialist part of the Executive. In addition to the Transport Minister himself, José Luis Ábalos, who stated this Thursday that “there are spaces to converge”, two other socialist ministers, María Jesús Montero (Finance) and Nadia Calviño (Economy), have defended this morning in radio interviews. the proposal for tax incentives. Montero has also emphasized that it complies “with what was signed in the agreement for the constitution of the Government, which was to avoid abusive increases in rental prices.”

Hours later, in an act with social agents on dependency, Iglesias has attacked the socialist proposal precisely from that flank. “When a government agreement is signed, the agreement is to be fulfilled,” he said. “A government is not only on the left because it repeats it many times. It is on the left when it fulfills its left commitments signed before the citizens ”, he added.

Actor Dmitry Pevtsov called for the cancellation of pension changes