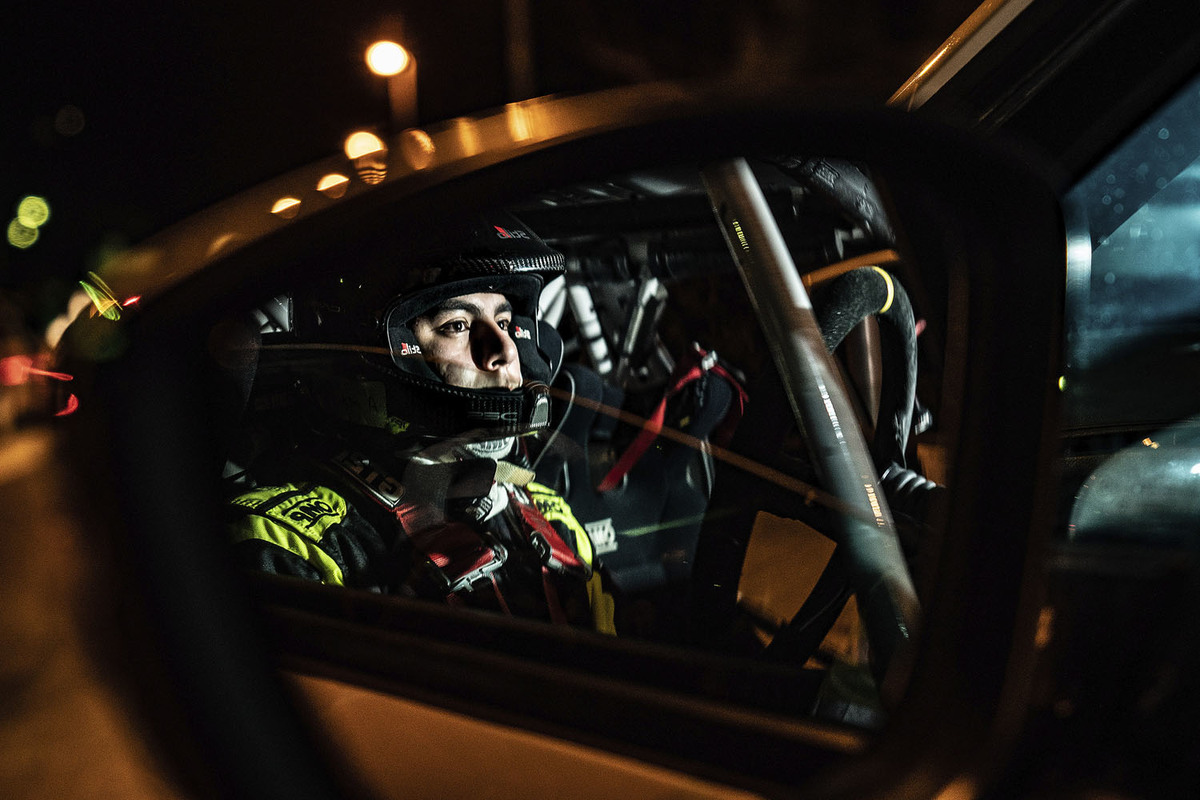 Speed ​​is not only his passion, but also his lifestyle, because since he began his career as a professional driver just three years ago, the rise to the world of rallying at the international level of the poblano, Alejandro Mauro Sánchez, has been the same of dizzying that the harvest of successes in its wake.

With only 20 years of age, after conquering various competitions at the local, regional and country levels, Sánchez decided to undertake the adventure through the Old Continent with a very clear objective in his mind: to compete in the World Rally Championship, where he hopes to rise as one of the best in Mexico and abroad.

How did you get into the world of speed?

“Since I was a child I liked cars, I have been passionate about motorsport since I was very young, unfortunately I could not start as a child in karts or anything, I skipped all those steps, I went straight to the rally when I was 17 years old, I started racing the Mexican Rally Championship and the Puebla Regional Rally Championship, where fortunately the first year I was able to be champion of the two categories where I raced, from there it started and now to where we are ”.

On the surface it was an easy start, how did you prepare?

“The preparation was hard, I had to sacrifice many things, I was graduating, I had to miss many things from graduation, enough things to be able to fulfill the dream, because for my first rally I prepared a lot, because I had no idea, in the rally we have a language for the notes, we wrote down all the curves before going through them for the day of the rally to go faster, I had no idea how to do it, fortunately I had a pretty good team that instructed me in all this, how to brake How to trace, the dream comes up quite funny, the car I raced with was my first street car, I sold it, it was hit years later, I bought it again and together with my dad we made a project to make it a rally ” .

How have you got around the economic issue in a high-cost sport?

“Motor racing is a sport that demands the portfolio, fortunately my father has supported me unconditionally, I have never lacked anything, I have always been able to prosper with my sports career thanks to my father who is my main sponsor, among others, he is the one who most He has supported me, in the end it is a dream that we both had, for money we are not going to stop, I hope it will not be lacking in order to continue moving forward ”.

How did the pandemic affect your career?

“I had been starting 2019 with a great year, the pandemic slowed us down a lot, I got to do the World Rally Championship in León, with a Ford Fiesta R2, I was fourth due to many inconveniences, besides that it was my first gravel rally, it was a difficult rally, in 2020 what we ran was the FIA ​​NACAM Rally Championship, an international championship, we took the runner-up due to several mechanical failures that did not allow us to score points, that was what the championship decided, I started as a leader, after the break I ran the Oaxaca rally, I was first in the category and third overall, the others were in decline, in the end it was difficult to win because my rival already had ten points above me, but we got a second place ”.

At what point do you decide to emigrate to Spain?

Did you knock on doors or did you already have an invitation?

“It was thanks to Xevi Pons, he is a former professional driver who raced the World Rally Championship for many years, he was world champion one year, it all came about because he went to do some driving courses in Mexico, I signed up, based on how he saw me , to talk a little, we have a good relationship now, he told me that he was forming a youth team, because he wanted to promote his school, he has a rally school, Xevi Pons Rally Academia, in the end he signed me, now I’m running alongside him What better than to have a former professional driver, a world champion on my side ”.

What is your highest wish now?

“My highest aspiration is to reach the World Championship in the highest category, Formula One of rallies, it is my aspiration, my dream, for that we are working, it is a lot of work, effort, I am sacrificing a lot, the drivers train a lot, in the end they sacrifice Many things like my life as a young man, but to achieve the challenges I think it is essential, my short-term aspiration is to run a Spanish championship, the Spanish Scholarship, we are fifteen or sixteen young people, whoever wins the championship is sponsored for a season in World Cup, that’s what we are throwing at ”.

What message would you give to children and young people?

Shoigu named the number of US weapons that the Taliban got