‘Please, go and be contagious’, Alberto Fernández’s furcio during an act 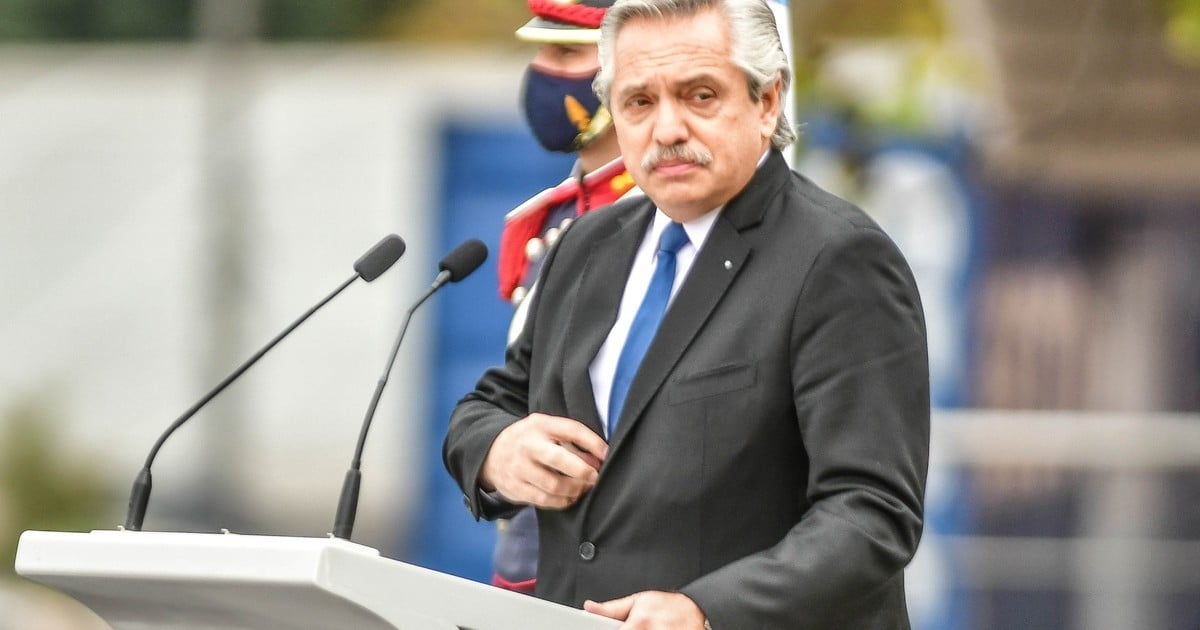 After the controversy over his statements in an act with the president of the government of Spain, Pedro Sánchez, Alberto Fernández committed a new furcio during a speech.

“Please go and get caught“, declared the President, while speaking of the epidemiological situation of the country.

He quickly realized his mistake and corrected it: “Go and get vaccinated, avoid contagion“.

It was during an act in which the president announced the extension until June 25 of the decree with restrictions to try to lower the contagion of coronavirus.

Alberto Fernández during the act in which he announced the extension of the DNU with the restrictions due to the coronavirus.

“All vaccines relieve and guarantee that the chances of death from contagion are negligible. Please, go and contain yourself. Sorry, go and get vaccinated, avoid contagion”, was the complete phrase of Fernández during the act in which he was accompanied by the Chief of Staff, Santiago Cafiero, and the Minister of Health, Carla Vizzotti, among other officials.

Fernández’s mistake made it a trend again on social networks, just a couple of days after having been in the center of the scene for his unfortunate phrase about the origin of Mexicans, Brazilians and Argentines.

“Octavio Paz once wrote that the Mexicans came out of the Indians, the Brazilians came out of the jungle, but we Argentines came from the ships. They were ships that came from Europe”, were the highly questioned words of Fernández during the official act with the President of the Spanish Government. Pedro Sanchez.

Soon after, the president and his unfortunate phrase were trending on social media and the escalation of criticism crossed borders. From Brazil, President Jair Bolsonaro published a photo with indigenous peoples of the Amazon and the next day he redoubled the bet by pointing out that for Fernández as for Venezuelan President Nicolás Maduro there were no vaccines.

Extension of the DNU with restrictions

“We are experiencing a pandemic that is far from over, we are facing it with a lot of effort and social stress because we have been fighting for a year and a half,” emphasized the head of state during a ceremony at the Argentine Proton Therapy Center (CeArP), built in the Buenos Aires neighborhood of Agronomy.

Fernández will extend DNU 287, published on May 1, in which four health phases were established according to an epidemiological traffic light: low-risk, medium-risk, high-risk and alarm zones.

The decree indicates that the zones that are in epidemiological alarm must have restricted the nocturnal circulation from the 20 and until the 6; prohibit social gatherings and suspend face-to-face classes.

It establishes that large urban agglomerates with more than 300,000 inhabitants will be considered in “a situation of epidemiological and health alarm” when the incidence defined as the number of confirmed cases accumulated in the last 14 days per 100,000 inhabitants is equal to or greater than 500 and the percentage of occupancy of intensive care beds is greater than 80%.