PlayStation Plus, here are the free games of July 2021 | GameSoul.it 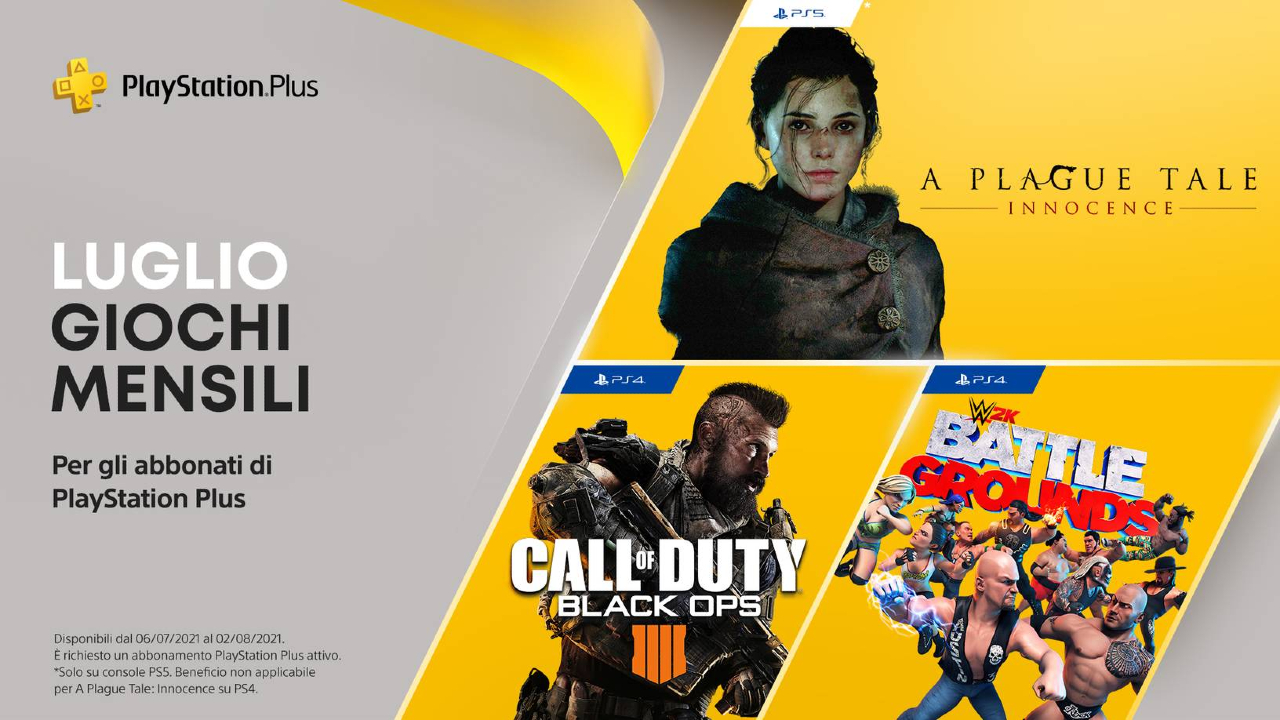 Sony Interactive Entertainment has announced the July 2021 free games of PlayStation Plus, the subscription service for PlayStation 4 and PlayStation 5. There will be four downloadable games from 6 July to 2 August, one for the next generation console, three for that of passed.

On PlayStation 5, players will be able to experience the story of young Amicia and her little brother Hugo in A Plague Tale: Innocence, benefiting from 4K resolution and 60 frames per second. Pursued by the Inquisition, the brothers must survive in a brutal world.

On PlayStation 4 the choice will be between Call of Duty: Black Ops IIII, the chapter of the FPS series focused on multiplayer only; Virtua Fighter 5: Ultimate Showdown, still available after June, reissue of the most recent episode of the fighting game series; WWE2K Battlegrounds, an arcade featuring wrestlers from the popular federation.

You can renew your PlayStation Plus membership at this link. Are you satisfied with the selection? Tell us on our Facebook group!