Plasberg-Runde reveals Söder’s character: his biographer for sure – “He goes all out” 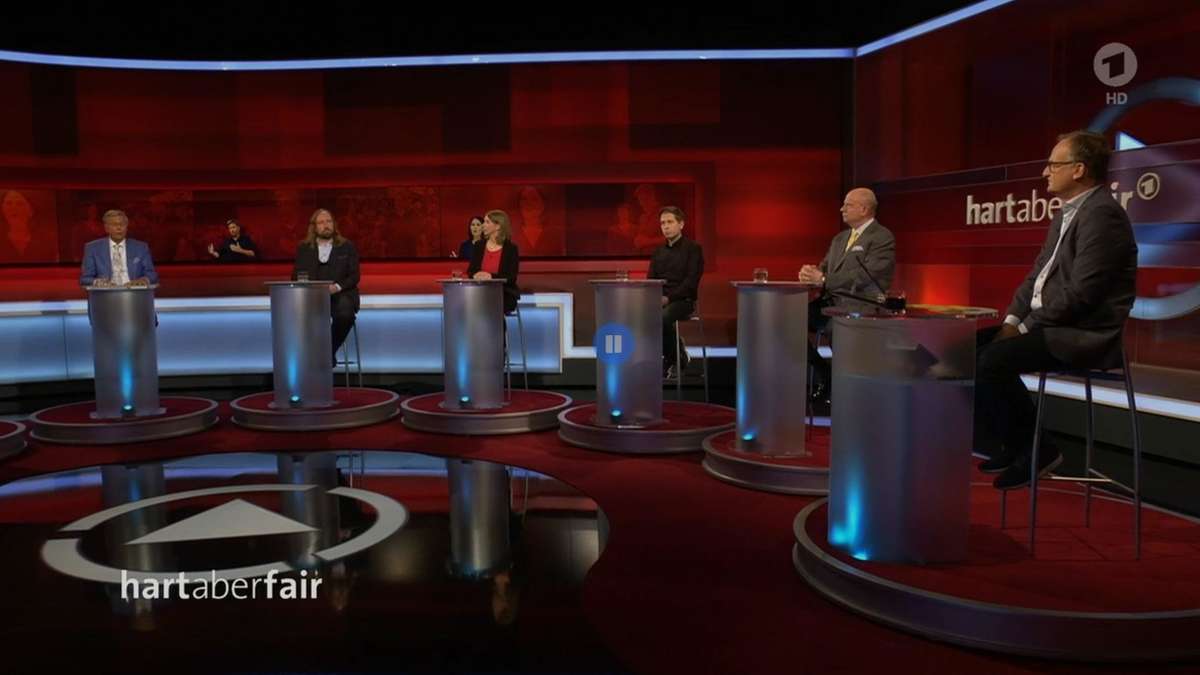 “Open struggle among the blacks, harmony among the greens” – “Hard but fair” is about the question: Which party provides more leadership qualities?

At the beginning of the “hard but fair” talk in the first, moderator Plasberg hands out laurels to the Greens. A clip shows Robert Habeck how Annalena Baerbock announces his co-party leader and newly elected and “first candidate for Chancellor of the Greens” with the words: “Please, Annalena, the stage is yours!” Plasberg comments smugly: “If the Union continues like this “, then the” green Chancellery “is not just an election campaign title, but a real option …

FAZ journalist Helene Bubrowski, on the other hand, does not see the situation so clearly: “For the moment the Greens have taken a stab!”, She says, but points out: “How closed is the party really and what of it is a staging?” The Greens are not a monolithic block, according to Bubrowski, “between Kreuzberg Left and Stuttgart Realos are worlds!”

“Hard but fair” – these guests discussed with:

CDU veteran Wolfgang Bosbach later admitted frankly: “We as a Union are not giving a good picture at the moment!” He is currently tearing it up, so Bosbach. He does not want the Greens to look good: “After 40 years of parliamentary history, it is clear that the system has changed the Greens more than the Greens have changed the system,” scoffs the political professional, remembering the chaotic early years of the former alternative party.

When it comes to the topic of “tax increases”, the election campaign starts with “tough but fair” talk

Plasberg wants to spice up his talk with a little campaign flavor and brings the subject of “tax increases” to the table. The Greens and the SPD plan for the next legislature – but want to treat families more gently than high-earning singles. The wealth tax is also to be activated again.

Entrepreneur Martin Richenhagen is not convinced: “Companies are already acting much greener than the Greens think,” he complains. If he earns a million after taxes – and invest it well again so that the company grows and jobs are created, should he be punished for it? And disadvantaged compared to someone who simply spends the money. According to the ex-boss of a US agricultural machinery manufacturer, he is surprised that the Greens “now dare to regulate the German economy!” And even thinks: “The green election program is a relapse into socialism!”

“A difficult accusation when you come from the CDU, where there is not even any beginnings for an election program,” jumps in SPD man Kevin Kühnert. This in turn calls CDU man Bosbach to the scene: “We had times when you had to earn fifteen times the average wage,” he recalls the times before Kohl, “only then did the top tax rate take effect. Today it already works if you earn 1.8 times as much! “

Spiegel journalist at “Hart aber fair” about Markus Söder: “He goes all out”

Plasberg is getting too much. He stops the “banter” and leads on to his next big topic in the evening: Söder. The next picture he shows shows that he doesn’t take the man from Bavaria (yet?) Very seriously. It shows the Bavarian Prime Minister in the forest with both hands on a tree. Plasberg addressed the Greens parliamentary group leader Anton Hofreiter: “Do you see passion or rather a pose?” Hofreiter tends towards the second option and replies: “In the end you have to judge people according to what they do.”

It gets more substantial with the next guest. Munich-based Spiegel correspondent and Söder biographer Anna Clauss gives interesting insights into the life of Markus Söder. In a one-on-one interview, she is allowed to talk from the sewing box, for eight years, according to the correspondent, she has already followed the Bavarian candidate Söder “every step of the way”. Clauß describes Söder as an ambitious winner type who was completely absorbed in politics and had almost boring traits in his private life.

Plasberg wants to know whether Söder is about power. And Clauß does not hesitate for a second: “Of course,” she says, Söder was only interested in “securing power for the Union”. It was no surprise to her that he was aiming for an office in Berlin. Söder has not said the sentence “My place is in Bavaria!” For a long time. However, she would have been surprised by the “willingness to take risks” that Söder is currently showing. Clauß: “He goes all out!”

Plasberg asks bluntly whether Söder has hobbies. Clauss thinks for a moment: “Tennis. Diet Coke. ”And:“ Söder once said: His only luxury is a large television in the living room! ”He likes blockbuster films. But actually Söder wants to be seen as someone, Clauss analyzes, who has no time to devote himself to a hobby. Söder’s legend is that of the “Duracell rabbit – always on the go in the Free State – and now to Berlin …”

How about humor at Söder, asks Plasberg further. Clauss puts it this way: “He simulates self-irony.” For example, Söder had grown a three-day beard, shaved it off again and said it didn’t look as good on him as Habeck … Söder is a gifted speaker and moves around as a trained camera editor confident in the media world. The journalist believes that his critical faculties are very pronounced. Söder had a “turtle shell” and would always try to grow in response to criticism.

Söder as Federal Chancellor – how would he be, Plasberg wants to know. Clauß describes with a slight amusement: “He would be the national coach type who would prefer to change himself in to score the goals.” But also makes it clear: Markus Söders “vest” is whiter than many think, but “the desire belongs to.” Teasing, at the tussle “already to his character.

Sometimes no Corona – that was sure to please some viewers. But that is not the election campaign either. In the second part of the program “hart but fair”, the insight into the “Söder soul” is entertaining – it seems as if Plasberg could open both options: give the man from Bavaria a little help – or be a consolation … a decision for a favor Union Plasberg does not announce it during the airtime.