Plane evacuated in Kuwait after an accident while landing 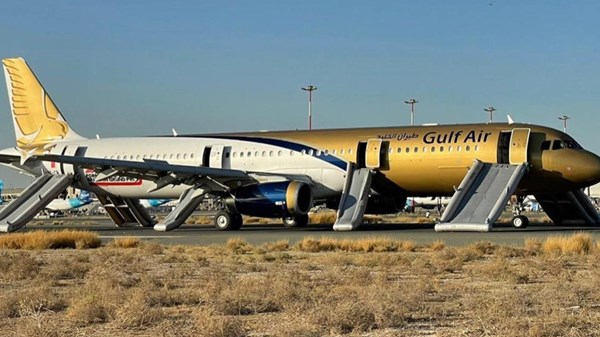 Today, Monday, a Gulf Air plane was evacuated from its passengers and crew at Kuwait International Airport, after what the company described as an “accidental accident” during landing.
The plane was coming from Bahrain. “All 62 passengers and seven crew members of the flight were safely evacuated and transported to the terminal building,” the airline said on Twitter.
“We are currently working with the concerned authorities to determine the cause of the accident,” she added.