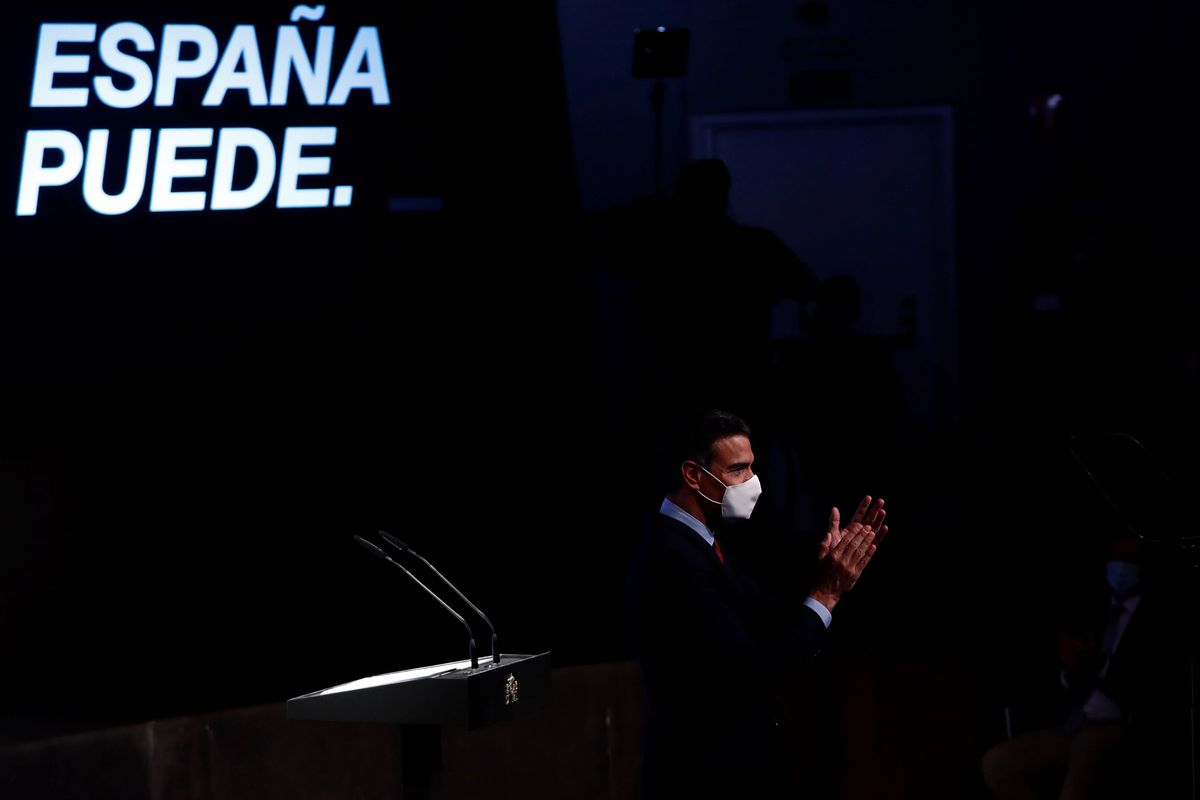 The plan Spain May Presented this week at the Congress, it outlines a transformation scenario for the Spanish economy, in line with the technological changes underway and the objectives of environmental and social sustainability. The bet is on investment as the engine of change, and on future reforms whose perimeter is still on the balance of the negotiation with Brussels.

The directions of the economy, however, depend on short-term dynamics. At the moment the 27,000 million European funds, even assuming full implementation in the remainder of the year (something difficult), are not enough to close the gap that has been generated by the crisis. This rises to around 110 billion (that is, the estimated GDP differential between the disappointing first quarter that has just ended and the pre-crisis level). Thus, approximately 83,000 million are missing to compensate for the blow of the pandemic. And it is crucial to close that gap as soon as possible, on pain of turning it into a chronic disease, which would manifest itself in irrecoverable losses of the productive fabric and an increase in the already massive structural unemployment.

The bulk of the boost has to come from an improvement in agent expectations. And these are guided by the facts as much or more than by the announcements, especially in times of pandemic: the rate of advance of the vaccine is more decisive for the confidence of the consumer or the potential tourist than the European objectives of the immunization campaign. For example, mobility indicators and hotel bookings have skyrocketed in the US, Israel and the UK, while remaining low across continental Europe. And so it will be until reality supports the promises.

The reactivation potential associated with the trust factor is colossal. According to the recently published financial accounts, in 2020, households accumulated 73,000 million in cash and deposits, and non-financial companies did so in another 41,000. It is true that the liquidity surplus is not homogeneous: it is concentrated in the most favored social strata and in the productive sectors little exposed to the crisis; while many other families and businesses endure precariousness or indebtedness. But a change in the perception of agents with spending capacity is likely to trigger an accelerated recovery. Proof of this, the great leap forward of the Chinese economy in the first quarter, an overwhelming 18.3% led by private consumption, in a country with almost zero infections.

The prioritization of investment projects, based on their ability to carry over in the short term, also deserves full attention from a recovery perspective. The multiplier effect of housing rehabilitation stands out, due to the high content of local production and employment. A quick stimulus can also be expected from the investment in training of the unemployed and people in ERTE, in addition to responding to the objectives of raising human capital. Advancing these and other projects that easily find an idle supply, and do not depend on the generation of new productive capacity, is crucial to boost activity in the coming months. In general, the articulation between the multi-annual European plan and the PGE for this year is vital, because the context requires a reactive fiscal policy in the face of the uncertain evolution of the situation. It would be desirable that the direct aid scheme for companies, which by definition is not contemplated in the plan, be activated without further delay and that, if circumstances so advise, a new section be added.

Finally, let us not forget that the investment effort made by the administrations during the 2000s reached high levels, but without tangible results in terms of sustainable growth. We have a few months to draw lessons from that past. And set in motion a powerfully transformative reformist agenda, without neglecting the main task of the moment: reactivation.

The financial accounts of the Spanish economy certify the rebound that had already been anticipated in corporate debt, with an increase in liabilities that rose to 42,900 million. However, they also reveal an increase in financial assets for an even higher amount, of 61,400 million. So the global position would have improved, by 18,500 million. However, this result reflects two opposing trends: the sectors most affected by the crisis bear deficits, while others lose debt and increase their liquidity position in a context of uncertainty.