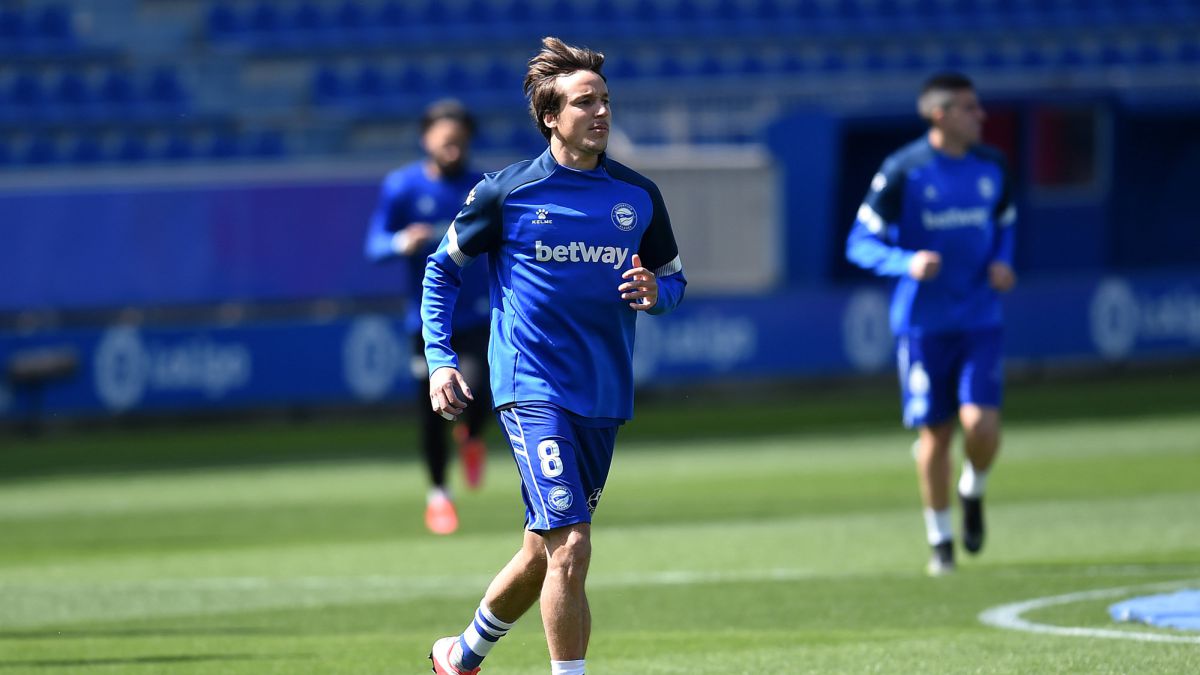 Tomás Pina analyzes the departure of Abelardo Fernández from the Alavés bench last Monday afternoon. “It is true that we have spent some difficult weeks with the departure of the coach, Pitu. It is clear that for us it is complicated, a failure but hey, football has shown us that when the team is committed we are capable of moving things forward. It is also true that the change of coach makes people activate ”, he commented. before this Saturday’s game against Athletic in San Mamés.

Javi Calleja and his coaching staff have already taken over the reins of Alavés. “What we have to do is trust what the new coach proposes and carry it out, without questioning anything and without thinking beyond that we have nine finals and that every weekend we have a chance. I think the team is aware of that, we have to leave everything on the field. You have to have an attitude and desire to want to get things out, “said the La Mancha midfielder in that sense.

Pina has already passed through Villarreal and knows how that club works, from which the new Alavés coach comes. In that sense, he said that “he is a coach who shows that he comes from a team that has played good football and has mechanisms that people are thanking him for. You can see the rhythm you want to impose. It will be a learning experience for everyone and we hope that we can carry out our objective ”.

The next match is on Saturday in San Mamés against Atheltic, who has been injured from losing the final of the Copa del Rey with Real Sociedad, despite the fact that later, in the league, they achieved a good result in San Sebastián. “A derby is always very nice, I say it from my experience. I suppose that on their part they will think the same. I think they have a large squad and are used to playing on Wednesdays and Sundays. We have to focus on our business, prepare a plan and execute it. If we do things well, I think we will have our options, “he said.

The one who drew attention using social networks was Javi Calleja himself. It is not very common for Primera technicians to have a profile on social networks and, much less, to use them. Garitano or Abelardo, for example, were on the sidelines of using them and Machín, although he is on Twitter, hardly used it. Calleja posted the following message: “The challenge before us is as exciting as the desire we have to work to achieve it. We come for the objective and we are going to achieve it. The first hours in Vitoria and at the club have made it clearer to me if possible. We are going to achieve it, we are going to save ourselves. Thank you all for the love shown. “