Pichu Cuéllar announces that he is leaving Leganés after four seasons 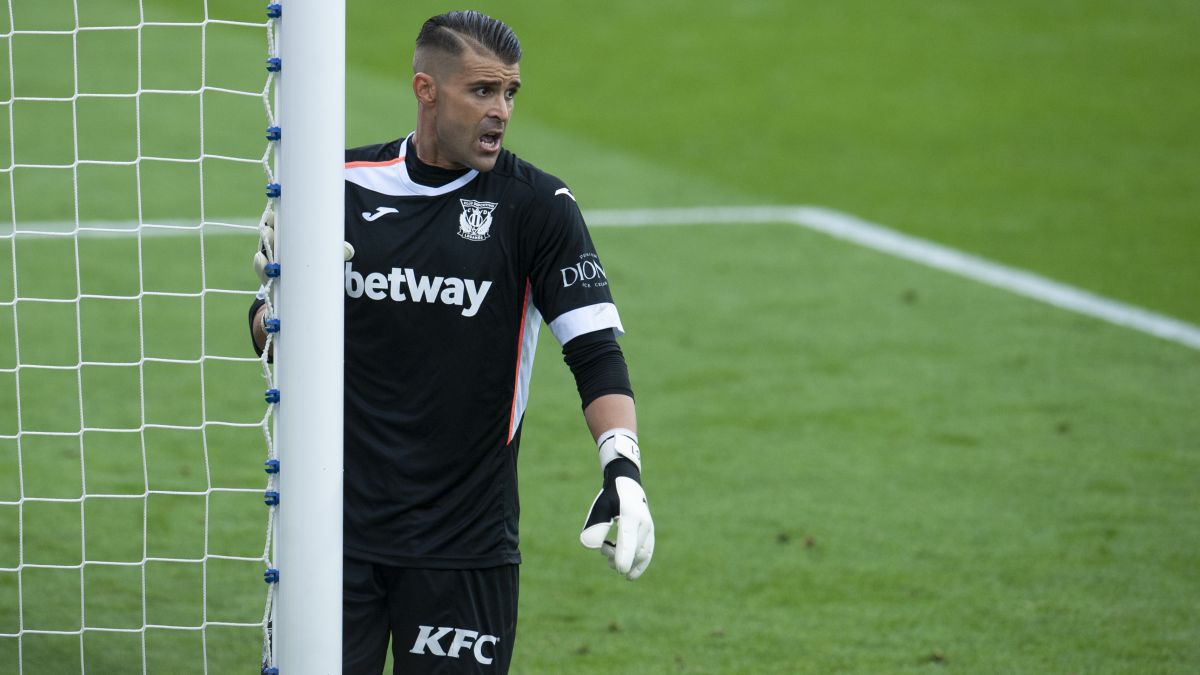 Iván, el Pichu, Cuéllar, one of the three captains of Leganés will not remain on the team. The goalkeeper himself has made his departure from Butarque after four seasons with a message in Instagram after the entity communicated to him in the last hours that it did not enter into its future plans. Cuéllar ended his contract on June 30.

“After the club informed me that they will not have my services in the sports field. Here our paths part”, begins the letter that accompanies several photos of Cuéllar with his daughter, born during the journey in which he has been a goalkeeper for Leganés.

“They perfectly describe my time in the LEGA. The love, respect and admiration that I always had for others was reciprocal. I came with the objective of reaching out and helping to do better those that in turn would make me better. And I am very satisfied with the result. I entered the history of the club, I won the most important game that I could play and it is not beyond meeting all those people who are in our day to day ”, the goalkeeper says in his text.

“It is a shame not to be able to prolong this path any longer, that so many joys have given my family and me. But if there is something I can be proud of, it is because tomorrow I will be able to tell my daughter that her father belonged to the cucumber family “Cuéllar concludes his letter.

A historical in Leganés

With 96 games in the First Division, Pichu is the 4th Blue and Whites player with the most winnings in the elite, only behind Rubén Pérez, Bustinza and Siovas. In total, the goalkeeper has played 126 matches with the laurel shield. In this his last campaign, he lost weight in the plans mid-year, when several unfortunate performances relegated him to the bench. In the ownership, Riesgo settled and definitively closed the door to the 37-year-old from Extremadura.

Two seasons ago he was one step away from leaving the Leganes after reaching an agreement with Valladolid to get free to Pucela. However, a weak point in the private agreement signed with the Blanquivioletas opened up the possibility for Leganés to renew it and tie it two more seasons to its current situation.

His exit after marks the goal as one of the priorities for the coming year. Its three members (Pichu included) terminate the contract, although Leganés does not rule out the continuity of Riesgo and Conde.