Piastri: “I deserved F1 but Zhou didn’t blow my place”

Oscar Piastri’s is a name that, strangely enough, only rose to prominence this year thanks to a season as a true steamroller in Formula 2. The first success in the category, arrived in Race 2 in the inaugural round of Bahrain, caught everyone by surprise despite the fact that the 2020 Formula 3 champion was on the first step of the podium.

After that victory Piastri had to wait until the appointment in Monza to hear the Australian anthem play all over again (and then repeated again in Sochi), but in the time interval between the first and the second success he showed a consistency of performance as a veteran and a speed on the flying lap that made Alpine understand that it has a heritage in its hands to enhance.

The Australian, born in 2001, is currently at the top of the Formula 2 standings when at the end of the season there are only the appointments in Jeddah and Abu Dhabi and last week he was made official by Alpine as a reserve driver for 2022, waiting for a starting position to be freed up in 2023.

During a break in intense preparation for the Prema simulator for the final two rounds of the championship, Oscar spoke to Motorsport.com about the work ahead of him next year, but he also addressed much more personal topics.

Oscar, I’d say you’ve had a pretty busy week. When did you have the certainty that next year you would be an Alpine reserve driver in F1?
“The official announcement was communicated to me a week or two ago, but I already knew everything at Silverstone. I was aware even before the summer break that my chances of becoming a factory driver in F1 were slim ”.

After the announcement of Zhou in Alfa Romeo Sauber you exposed yourself to defend him from the criticisms, which rained down above all on social networks, of having obtained the position only thanks to the talent brought to the team …
“I tried to make people understand how Zhou’s promotion to F1 was not his fault. I am aware of the financial support it can provide, but it is not your fault that someone has decided to support it. It can also open a new market to Formula 1 ”.

“Sure, it can be argued that he’s in his third season in Formula 2, but he’s getting results. He has taken victories, is second in the standings and is not struggling to get the points for the super license. Obviously I am aware that I deserved a chance in F1, but I don’t think I have blown my place as many have said ”.

An intensive testing program with Alpine awaits you next year. How useful can it be to have a full year of testing with a previous generation single-seater when from 2022 ground-effect cars will race on the track?
“I will be behind the wheel of this year’s car thanks to the change of regulations. Sure, the 2022 car will be totally different, but it won’t be that different in terms of speed and lap times. The tests will be useful to become familiar with the work required by the engineers, with all the procedures and adjustments to be made using the controls on the steering wheel. The important thing will be to be involved in a Formula 1 team. In any case, I think it is positive to be part of a similar program rather than racing in another category that would have taken me away from F1 ”.

I think you can be defined as the man of the last round since, in both 2019 and 2020, he won the title in Formula Renault Eurocup and in Formula 3 at the last race. On both occasions, looking at you from the outside, you didn’t seem to feel the pressure at all.
“Exactly. I am a very calm guy, and I think this helps a lot in stressful situations like those experienced at the end of the season. This year I arrive at the final rounds of the championship with a more important margin in the standings than in the past. In 2019 I had 13.5 points ahead of the last race, while in 2020 only 7. I don’t think that with the current format there will be the possibility to close the games already in Jeddah, but I hope that the last appointment is less stressful than to what happened in the last two years “.

“Anyway, I don’t think I’m going to have a lot of pressure on me. I already know what I will do next year and I have already shown what I am capable of in the car ”. 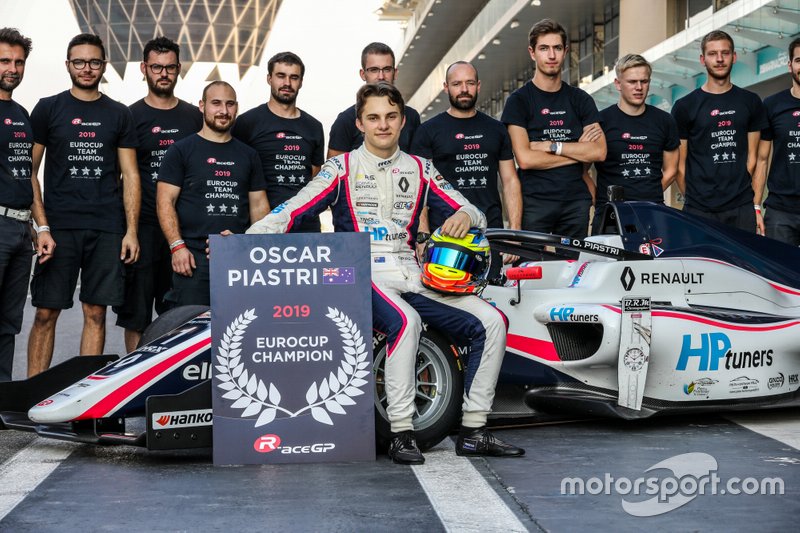 You have been the surprise of this season, especially in qualifying. Last year you took the title without ever starting from the front row, while in 2021 you got the last three poles in a row. How was this improvement possible?
“Last year it was a bit strange not being able to give my best in qualifying since in Eurocup I had obtained 6 or 7 poles during the season and that was one of my strengths.”

“This year I have a greater understanding of the car. I think it helped to have 6 days of testing instead of 3, and especially in the Barcelona tests we focused on improving qualifying performances. They were valuable tests to understand. how to be able to extract all the potential “.

If you were to win the title this year you would perhaps be the only driver in recent times to have won three years in a row in the most important preparatory series. Do you ever think about this particular record?
“Honestly it’s not something I think about, but obviously as a rider I just want to win. Even if I had to take home the title in F2 I don’t think this victory would further demonstrate my qualities ”.

Although you have won in Eurocup and in Formula 3 it almost seems that these successes have been invisible and that more prominence has been given to other drivers who in past years have finished behind you …
“I think I noticed this last year, but I think it was due to the fact that racing with Prema everyone was expecting only the victory. Maybe I was a bit “invisible”, but this year the situation has changed, especially since Silverstone. The press talked a lot about me and even the fans noticed me ”. 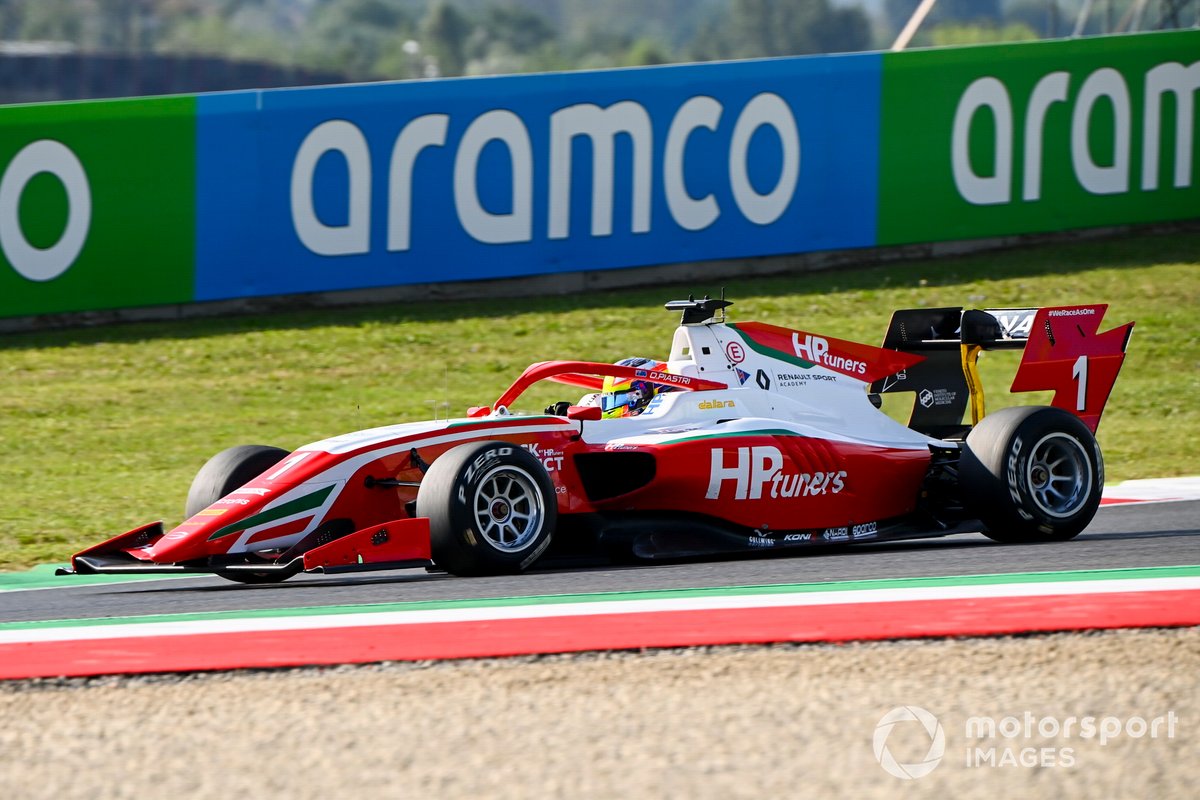 Often the press and fans put pressure on twenty-year-olds like you who are forced to live far from their families and make many sacrifices. Do you think that the human component in your profession is underestimated from the outside?
“For a boy like me, born in Australia, the only possibility of being able to reach Formula 1 is to move to Europe. I have been living here for about 5 years now and I got used to this new reality. But the first few years were difficult and I often went back to Australia, about 4 or 5 times a year. I haven’t been home to my family now since January. I must say, however, that even if I hadn’t been a pilot I would have chosen to go away from home ”.

“I don’t think the press puts pressure on us from this point of view, but perhaps the sacrifices we are forced to make to pursue this dream are underestimated.”

Have you got to try the Jeddah track in the simulator?
“It will be a very difficult and incredibly fast track. It is not comparable to anything seen previously. There are some parts of the track that are reminiscent of Silverstone. Furthermore, the grip of the asphalt will be low, it will be very hot and we will have to manage the softer Pirelli compounds. It will be a great challenge “.

Let’s try to project ourselves into the future. If Oscar Piastri were fighting for the title of Formula 1 world champion who would you want as a rival for the championship?
“I think fighting with Hamilton would be great. He is a driver with a lot of experience in Formula 1 and knows how to win a title. Beating Lewis would be something special and I think Max thinks the same thing this year too ”.

What would Diego Maradona have said about the main football events of today?

What should the media do with Forum for Democracy? Ignore or name? Invite or exclude?