Petrucci curries Bastianini: “He slept on the track”. Aeneas sanctioned 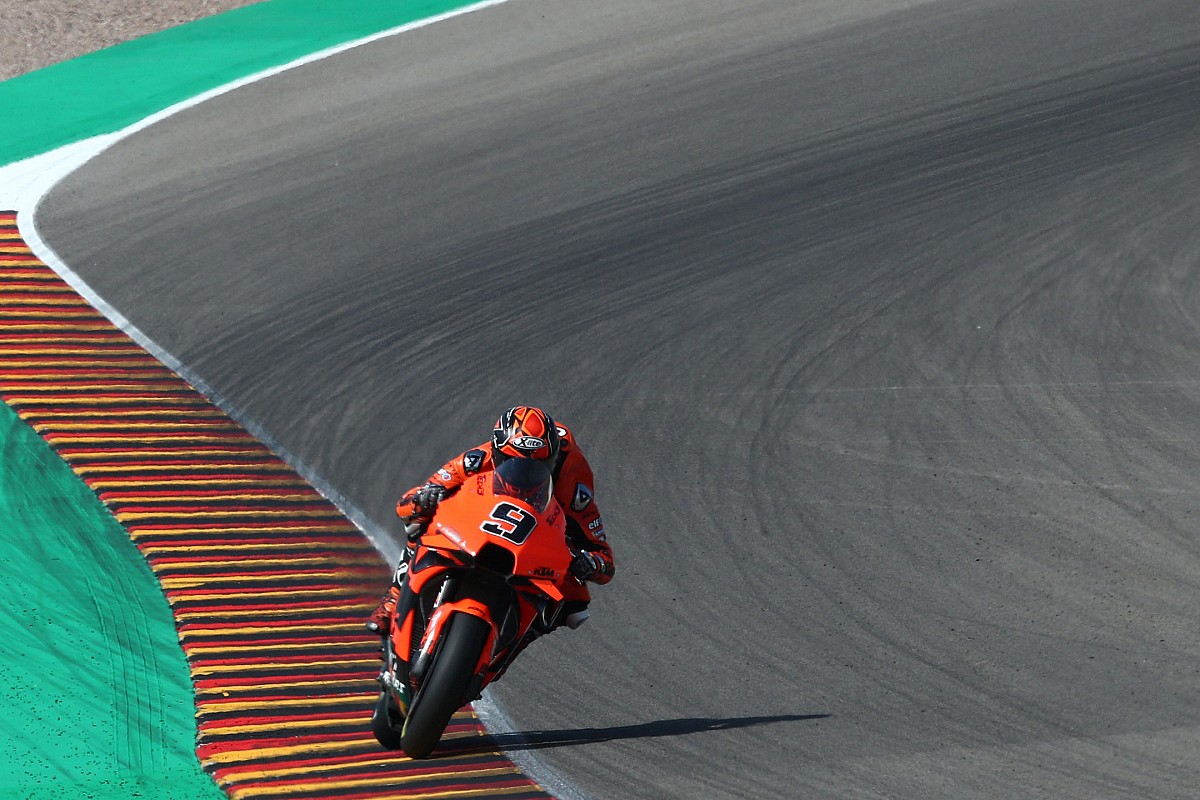 Another difficult qualifying for Danilo Petrucci, who did not go beyond the 19th position at the Sachsenring and will start the German Grand Prix from the seventh row of the grid. The KTM Tech 3 rider on the grid does not boast a prominent place, yet he is convinced that without a hitch in qualifying he could have advanced a few squares.

The hitch for Terni has name and surname: Enea Bastianini. Team rider Avintia Esponsorama and Petrux found themselves in the same place at the same time and there was a misunderstanding that led the KTM rider to cut the gas and abort his good lap. The rookie he is in fact guilty of having cut the track while proceeding slowly and this made the much more veteran nervous, who did not spare himself in reacting promptly by showing a middle finger in the middle of the track in qualifying.

The episode was also noticed by the Race Direction, which put it under investigation and decided only later to inflict a penalty on Enea Bastianini. The Esponsorama team rider loses three positions on the starting grid and the penalty will make him retreat from 15th to 18th position, thus ending up behind Valentino Rossi, Joan Mir and Franco Morbidelli, who instead advance one position each.

Calmer once the session was closed, Petrucci explained what happened during Q1 of the German GP: “I was doing a good lap, maybe it wasn’t enough to move to Q2, but maybe starting in 14th or 15th position was possible. But unfortunately I found Bastianini sleeping on the track and he cut the line when I arrived. He immediately went out and I don’t know what he was really thinking. I lost those two tenths on new tires ”.

Therefore, the problem of waiting on the track in search of a tow arises, which Petrucci explains as follows: “The fact is that, especially on tracks like these where you just need a tenth to be a front row, it is always difficult to say ‘ok, I’m going ‘. Being followed by someone is not nice, especially because you risk losing your position. Surely with a 15 minute qualification you will find all the riders at the same time and in the same spot on the track. when qualifying lasted 45 minutes it wasn’t like that. Maybe you found someone, but it was just a matter of luck ”.

“I remember that in 2012 there were the old qualifications, some riders set the time in the middle of the session, others at the end, still others at the last lap. But when you have to push hard even on tracks like these you need a tenth or two and having someone in front is a good help. Nobody wants to lead the group, so everyone waits. It is a difficult question to solve, certainly with 15 minutes of session it is easier to have this scenario ”.

Enea Bastianini’s response was not long in coming, explaining his version of events, actually apologizing to Petrucci: “I wasn’t asleep, unfortunately I went in, I was about to do my good round, the problem is that I lost it. I turned around and there were Binder, Lecuona and Petrucci. I let them both slip off, then I got behind but obviously I hindered Danilo a bit at the exit of Curva 11 “

However, Bastianini states that Petrucci may have reacted with greater calm, given the aggressive reaction of the KTM driver: “I’m sorry, because maybe I ruined his lap. But come on, it wasn’t the last, there were many laps and he certainly managed to do that lap anyway. But in my opinion he should also be a little calmer because he had plenty of time to make up for himself ”.

“I would say that even in Q2 there have been some sent to that country – he continues talking about the wakes issue that is occurring both in Moto3 and in the premier class – I think that also in MotoGP we need to start adjusting this thing as in Moto3, too if today I was one of those there, because clearly when you are a little more in difficulty you look for a reference, but I think it would be right to do something “.