Petr Mamonov was in intensive care with coronavirus 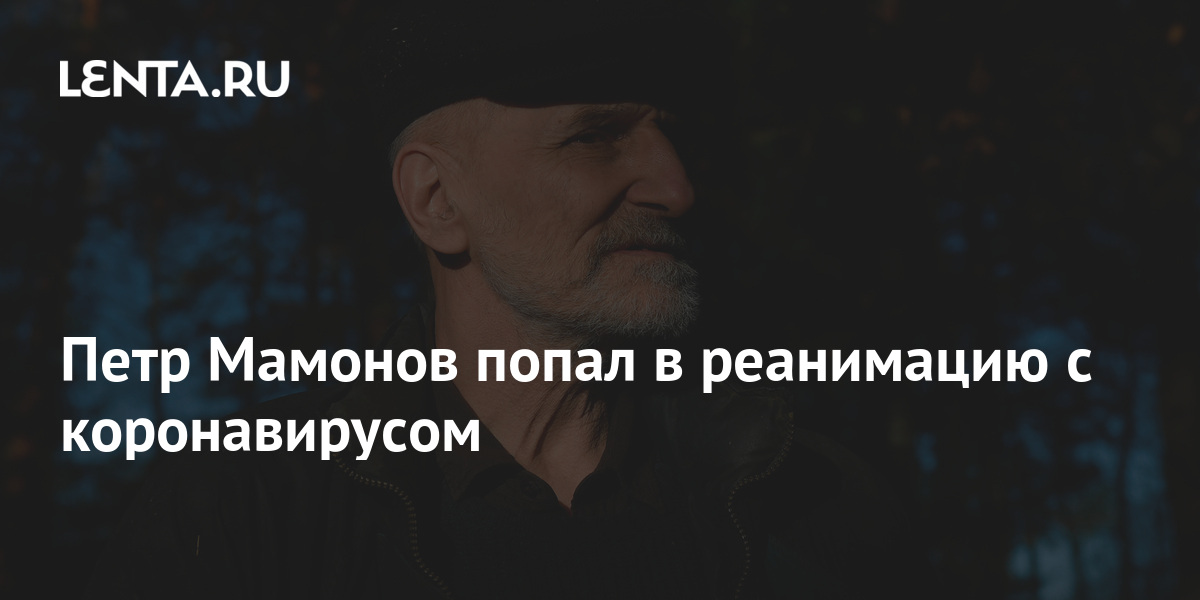 Russian actor and musician Pyotr Mamonov was admitted to intensive care with coronavirus. It is reported by Interfax…

The artist’s wife Olga said that Mamonov’s condition was poor. He is currently in a hospital in Kommunarka.

According to the REN TV channel, the musician fell ill ten days ago, and he was hospitalized five days ago. “And so he had a fever, we knocked it down, and then all the same he got worse, I called an ambulance,” said Mamonov’s wife. In an interview with RBC, she said that her husband had 87 percent of the lungs affected.

In the fall of 2019, the artist underwent two heart surgeries. Shortly before that, he was hospitalized in Moscow with a heart attack.

70-year-old Mamonov is the founder and frontman of the “Sounds of Mu” group. He is also known for his roles in the films Taxi Blues, The Island, Dust, Tsar, and Chapito Show.