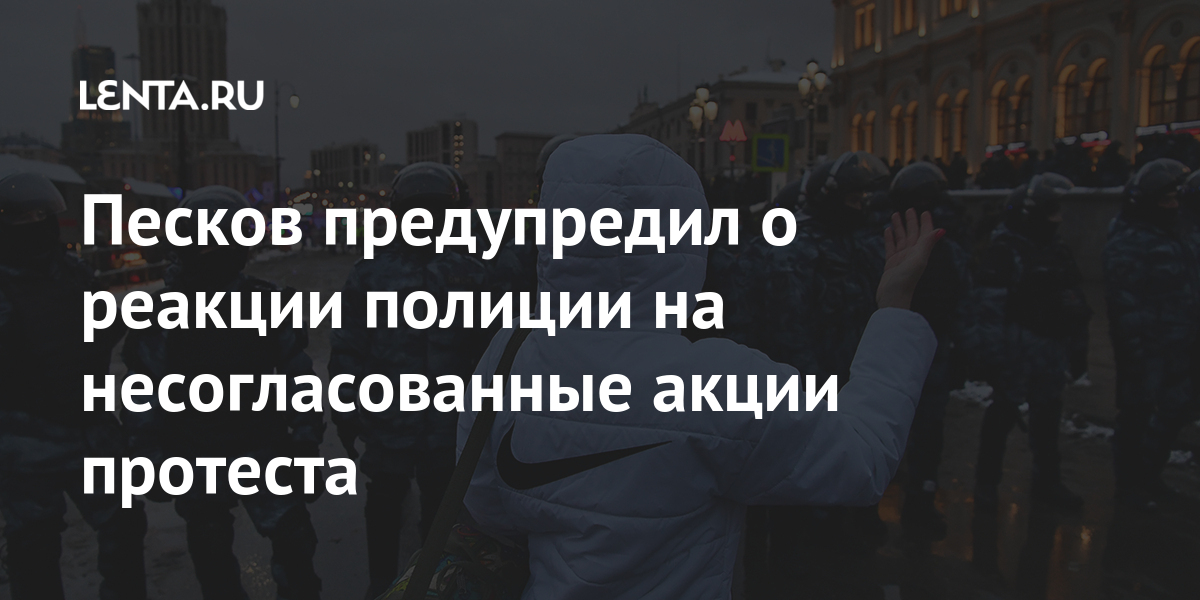 In the event of dissenting protests on April 21, police officers will respond to protesters rallies in accordance with the law, Kremlin spokesman Dmitry Peskov warned. He is quoted by Interfax on Monday, April 19.

“If some actions are initiated, unauthorized ones, they will automatically be illegal, and in respect of them, the law enforcement officers will carry out those actions that must be performed according to the laws of the Russian Federation,” said Peskov.

He also noted that calls to hold protest actions in Russian cities on April 21 sound “from certain citizens who live abroad.”

Spain, the European country that receives the least taxes per car