Peru: they confirm the transfer of Vladimiro Montesinos ‘until the end of his sentence’ to a maximum security prison 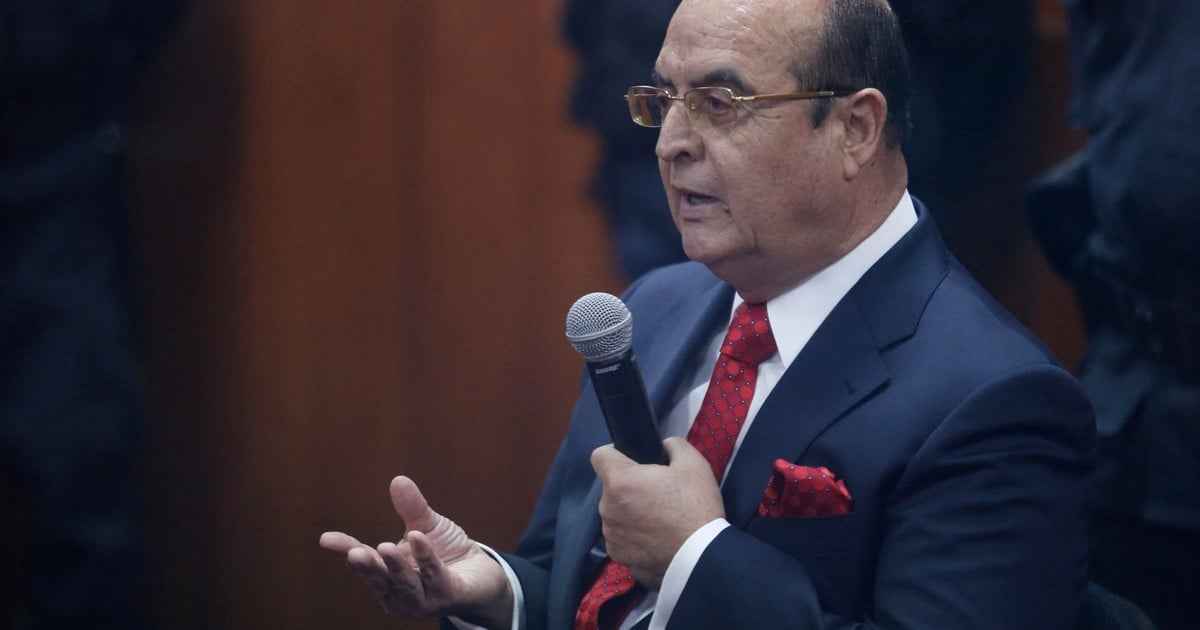 The President of Peru, Pedro Castillo, confirmed that Vladimiro Montesinos, a former adviser to former president Alberto Fujimori (1990-2000), was transferred to the Ancón II Prison, in the north of Lima, where he will remain “until the end of his sentence.”

“We have transferred Vladimiro Montesinos to the Ancón II Prison until the end of his sentence. In the Bicentennial Government, no person deprived of liberty will have privileged treatment nor will he be allowed to circumvent the security of the prisons to continue committing crimes, “Castillo wrote on his official Twitter account.

Former advisor meets a 25-year prison sentence for crimes against humanity and for being the architect of the great corruption plot that monopolized the State during Fujimori’s mandate.

The decision of the Executive to withdraw Montesinos from the maximum security prison of the Callao Naval Base comes after allegedly trying to bribe to the National Elections Jury (JNE), Peru’s supreme electoral body, to favor former presidential candidate Keiko Fujimori in her legal maneuvers to denounce an alleged electoral “fraud” without evidence.

From this detention center, controlled by the Peruvian Navy, Montesinos made at least 17 phone calls in the middle of the campaign promoted by Fujimori’s daughter and political heir to try to reverse the results of the presidential vote on June 6, where he lost to the leftist Pedro Castillo.

Since the ballot, the leader of the Fujimori party Fuerza Popular denounced without reliable evidence be a victim of “fraud”, supported by right-wing and far-right groups, including a group of retired military personnel, mostly from the Navy, who urged the Armed Forces not to recognize Castillo as president, which in practice would have been a coup d’état .

Now, Montesinos, 76, will remain “until the end of his sentence” under a maximum security regime within the Ancón II prison, 39 kilometers north of Lima, which is run by the National Penitentiary Institute (Inpe), a body that depends on the Ministry of the Interior.

At first, would be released in 2026, when he finished serving a sentence for the mediate responsibility (with control of the fact) for the massacre of Barrios Altos (1991), perpetrated by the undercover military group Colina.

The general secretary of the ruling Peru Libre party, the Marxist doctor Vladimir Cerrón, also spoke about the transfer of Montesinos, who pointed out on Twitter that this is a “notification that the golden prisons are over in this Government “.

In this sense, Cerrón argued that the next step should evaluate the transfer of former president Fujimori, who is also serving a 25-year prison sentence for crimes against humanity.

The 83-year-old ex-president he is the only prisoner in a jail built expressly for him inside a police base in Lima, where he has privileged conditions compared to the rest of the country’s prisoners, since his cell has three rooms where he receives numerous weekly visits and permanent medical assistance.

Still there He has about 12 years of sentence left to serve, so he would not be released until 2033, when he was 95 years old.

Since he is in prison, Fujimori is periodically transferred to clinics de Lima to treat different chronic illnesses typical of his advanced age, such as arterial hypertension, a lumbar hernia, gastritis, paroxysmal atrial fibrillation and lesions on the tongue, known as leukoplakia, for which he was operated on up to six times.

Heavy rain leads to economic losses of millions in China

Microsoft Flight Simulator on Xbox Series X / S? ‘As good as $ 3000 PCs’ thanks to the cloud