Peru, founder of the Lima Group, changes his position on Venezuela with Pedro Castillo 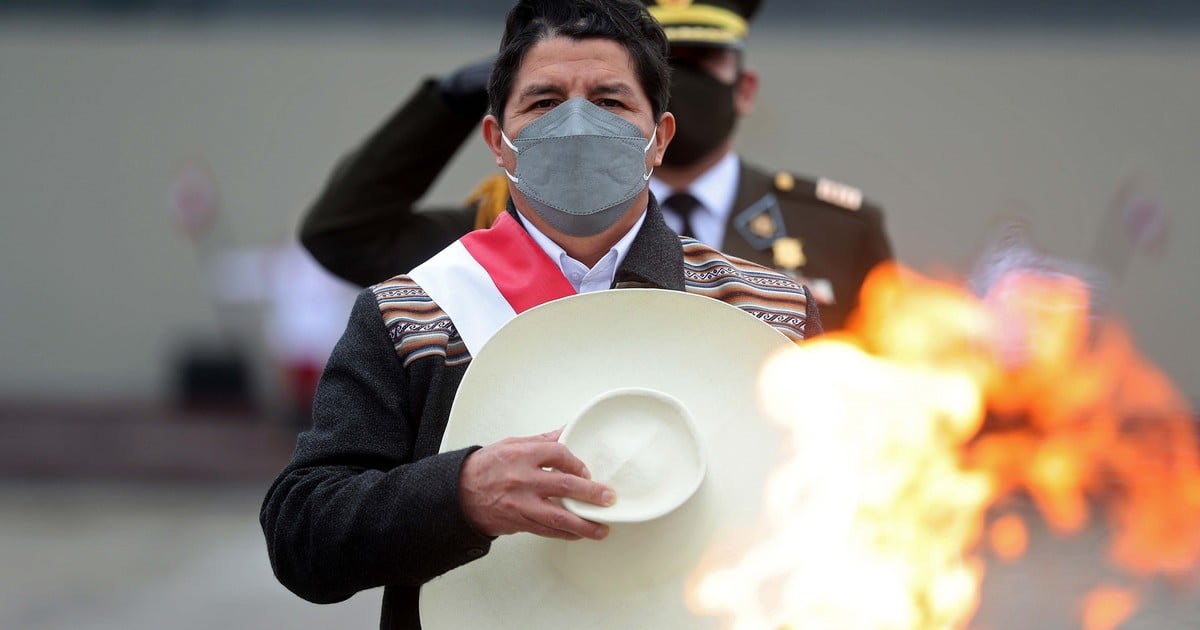 The arrival to the Presidency of Peru of the leftist Pedro Castillo and the Peru Libre party anticipates a change in posture on Venezuela that would bring the founding country of the Lima Group closer to the orbit of the International Contact Group, which seeks a dialogue solution to the Venezuelan crisis.

This is how the new Minister of Foreign Affairs of Peru hinted this Monday, Hector Bejar, who pointed out that the policy of the Peruvian government will be contrary to sanctions and unilateral blockades, in reference to the restrictions imposed by the United States against the Government of Venezuelan President Nicolás Maduro.

“Venezuela is a country that is blocked. We will contribute with the countries of Europe, which are already working on this, and with a group of Latin American countries, in the understanding of the various political tendencies that exist in Venezuela, without intervening in their internal politics“affirmed Béjar.

“We will favor a democratic renewal in Venezuela that respects the social rights of Venezuelans, “added the new Peruvian foreign minister in statements to journalists, after receiving the foreign portfolio from his predecessor, Allan Wagner.

Regarding the future of the Lima Group, promoted five years ago by former Peruvian president Pedro Pablo Kuczynski (2016-2018) to bring together a group of American countries that consider Maduro as illegitimate president, Béjar pointed out that they are and to several countries in this group that have changed their position on Venezuela.

Asked if he plans to meet with Carlos Scull, designated as Venezuela’s “ambassador” in Peru by the opposition leader Juan Guaidó, Béjar He stated that he does not know him.

“I don’t know who that man is. I don’t know him”snapped Béjar, an 85-year-old ex-guerrilla who got to know Ernesto ‘Che’ Guevara in Cuba and was the founder of Peru’s National Liberation Army (ELN) before being arrested in 1966 and imprisoned for nearly five years.

From his recent meeting with his Venezuelan counterpart, Jorge Arreaza, who traveled to Lima to attend Castillo’s inauguration, Béjar noted that both countries must work together on the large community of Venezuelans residing in Peru, which is close to one million.

Asked if he considers that there is a dictatorship in Venezuela, the Peruvian Foreign Minister He preferred not to express an opinion and he recalled that his duty as Foreign Minister is “to improve relations with Venezuela, as well as with Colombia, Chile, Brazil and all the countries in the region.”

“Our concern is that the rights of marginalized people are respected not only in Venezuela, but in Peru and many other countries, and that the level of social welfare improves, “he added.

Regarding the recent protests in Cuba, Béjar commented that “in all countries there are people on the street” and recalled the demonstration called on Sunday in Lima by right-wing sectors against the government appointed by Castillo.

“The conditions are different, but each country has its internal problems. We don’t have to meddle in internal affairs, “he snapped.

“Our policy is to defend human rights. We are against repression in Peru and in all countries. Our politics have to be democratic. That there is dialogue and not confrontation. We aspire for the peoples to dialogue and not to confront or establish conflicting policies, “he concluded.