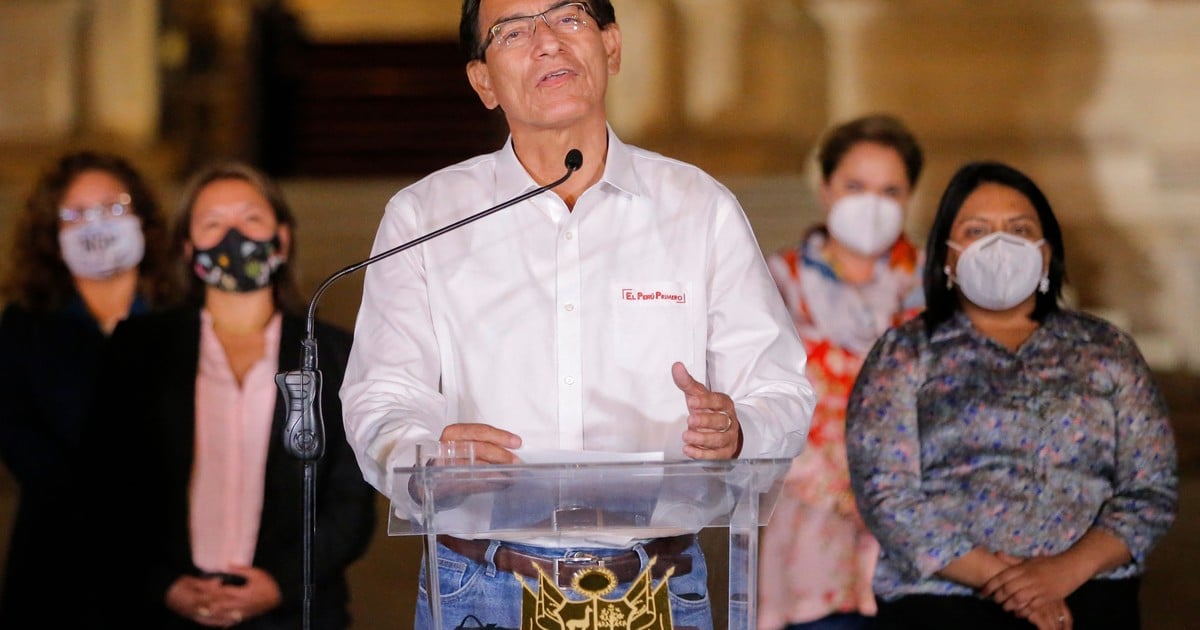 Martín Vizcarra, President of Peru from 2018 to 2020, was disabled this Friday by Congress to exercise any public office during the next ten years, after having been vaccinated last year against the coronavirus irregularly and in secret.

The decision was taken by the plenary session of the Legislative Assembly after submitting Vizcarra to a impeachment, which was resolved by 86 votes in favor and without any vote against nor abstentions. For the same reason, Congress also disqualified former Health Minister Pilar Mazzetti for eight years, with 83 votes in favor, and former Foreign Minister Elizabeth Astete for one year, with 82 votes in favor.

This decision will prevent, in principle, that Vizcarra is part of the Congress that will be assumed this July 28 for the period 2021-2026, despite the fact that was the most voted candidate in the elections last Sunday, with about 164,000 votes.

Meanwhile, neither Vizcarra, nor his lawyer, Fernando Ugaz, attended the session of Congress, although the former president denounced a “delegitimized” Parliament and he announced that he will appeal before the national and international Justice.

“We have no doubt that this situation will be reversed. We have already presented an appeal for protection before the Judicial Power, a measure has also been presented before the Inter-American Court of Human Rights,” he said after leaving his home in Lima.

Vizcarra, who came to power in 2018 after the resignation of Pedro Pablo Kuczynski, of whom he was vice president, previously admitted that he had received two doses of the Chinese Sinopharm vaccine before it was approved in December by health authorities, but He denied doing it irregularly.

According to him, he, his wife and his brother volunteered for a clinical trial.

However, these statements were rejected by the head of the clinical trial, Dr. Germán Málaga, who also faces questions and was removed from his post.

“Vizcarra was being vaccinated when Peru registered its highest rate of mortality and infections. It deserves the highest sanction because he lied and misused his position as president“, said this Friday the legislator Ali Mamani.

Vizcarra, Mazzetti and Astete were subjected to impeachment in the framework of the case “Get vaccinated“, as the secret immunization of at least one hundred people who were not linked to the clinical trial carried out last year by the Chinese laboratory Sinopharm in the country.

In the case of the former president, the prosecution maintained that he lied by ensuring that he was a volunteer in the trial and committed constitutional infractions when he was the highest ranking official in the service of the Nation.

Mazzetti and Astete, who were ministers of the current transitional government headed by Francisco Sagasti and resigned after the case was uncovered, were also found responsible for violations of the Peruvian Constitution.

With information from EFE and AFP.

Barcelona - Athletic: the final of the afflicted kings

Mario Meoni died: what does the report of the Transportation Safety Board say about the fatal accident