Peru: confined to the wrong crisis 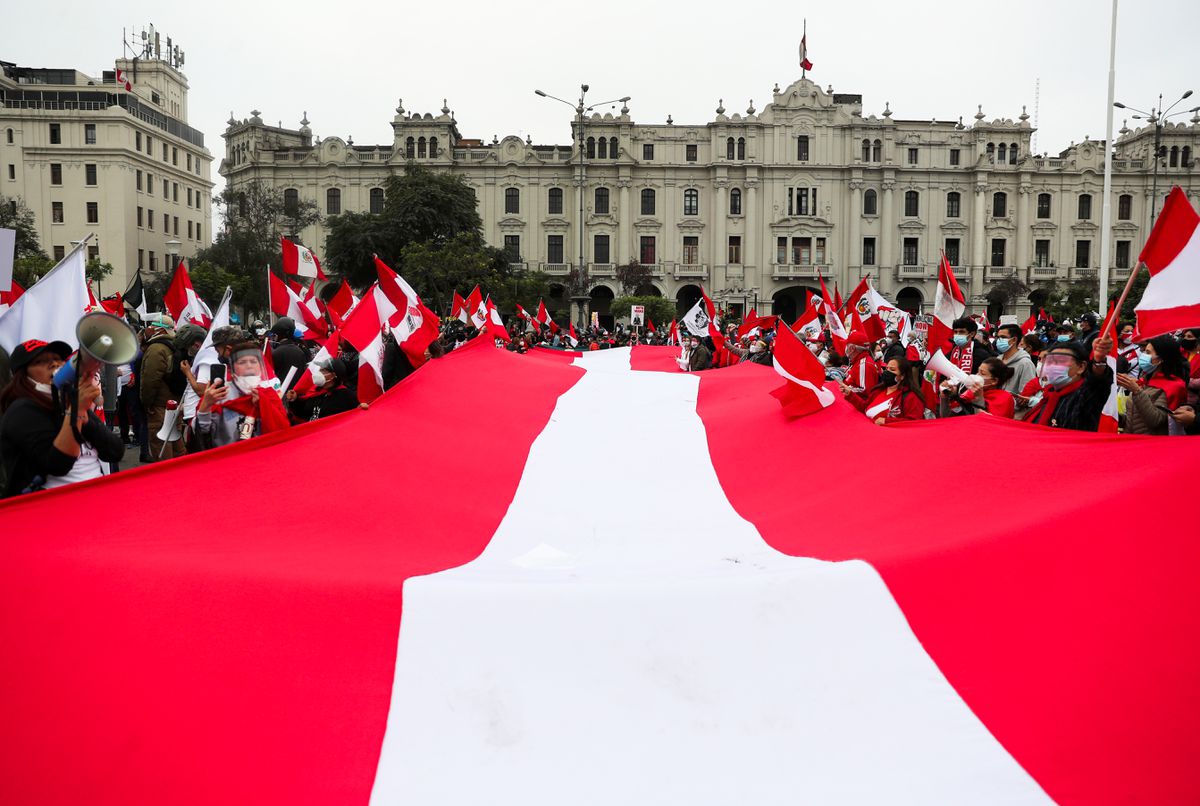 The great crises mercilessly sink their finger in the sore. But if they cause something positive, it is that they force societies to become aware of weaknesses or injustices that they should not continue to tolerate. Deep reforms then become a possibility or even a requirement. That is why it is said that there is no worse mistake for a country than wasting a great crisis.

Unfortunately, this is what is happening in Peru. We should be debating, to mention the most obvious, the improvement in the coverage and quality of the health service, which would lead us to other essential debates about the very organization of our society: how to finance the reform; what changes are required at the fiscal and social protection level; what roles correspond to the State and the private sector; how to reverse the extremely high rate of informality.

But the tension that currently dominates the Peruvian public discussion has nothing to do with the obscene deficiencies and inequities that the pandemic crisis has rubbed in our faces at the cost of the pain of so many. Because instead of focusing on the pressing challenges of the present, we have been drawn into a debate that rages in the stale trenches of the past. Thus, marches, editorials, interviews, speeches, rudeness, appointments, denunciations and resignations take place around the exacerbated ghosts of communism, terrorism, fascism, militarism or colonialism.

This zombie invasion has an explanation. And it is that the prolonged deterioration of Peruvian politics led to the recent elections in the unusual confrontation of two visions that, despite opposing from the extremes of the left and the right, have in common a conservative core, a dubious commitment to democracy , a deep contempt for moderate voices and a certainly limited representation, since none of their hackneyed nostalgia really embodies the feelings of a majority portion of the electorate.

In the midst of the crisis, then, we find ourselves kidnapped by the overactive combat between those who promise with messianic airs an autochthonous re-founding of the homeland and those who wrap themselves in the national flag to defend the country from a communist threat. And this is so for two reasons: because both sides need such an unhinged scenario to justify their political existence; and because a silent majority is allowing it.

Because the majority in Peru appreciate the advances of the last 30 years, but they claim insufficient; those who value the opportunities of a market economy, but denounce abuses of a monopoly nature, the primacy of the profit motive in essential services and the precariousness of labor rights; those who abhor terrorism, but do not deny the abuses of human rights perpetrated by the State; those who demand a greater presence from that State, but are fed up with corruption and inefficiency and do not want the dictatorship or the poverty that oppresses Venezuelans and Cubans for their children; those who repudiate all kinds of discrimination; those who do not oppose that the Constitution can be revised, but do not consider it necessary to replace it; who, in short, reject dogmatism and fanaticism and, knowing that democracy involves confrontations, demand from politicians the ability to make concessions and reach consensus.

That majority alien to the extremes of which so many of us are part must make itself felt. We must demand from those who today occupy positions of political decision to immediately defuse the irresponsible and dangerous political crisis in which we are now confined. On the threshold of a third onslaught of the pandemic, it is negligent and even criminal to continue fueling political instability and to hold back the national discussion in the wrong crisis. That’s why you have to finish it now.

It is very serious that the President of the Republic presents before the country a cabinet that, in addition to having some members with very serious questions for such a delicate task, is headed by someone under investigation for his explicit sympathy with the Shining Path terrorism. Peru has a millenary history, but also a recent one. And this provocation, which only makes sense in the worst version of political calculation, insults both the memory of the victims of violence and those of the virus.

We do not deserve this, nor does this cabinet deserve our trust – or that of parliament. If the president does not offer an alternative, Congress should gather the necessary votes to order him to form another. And then, the pressure of the citizen majority should remind our politicians that their duty is to debate and implement reforms to build a less vulnerable country, because they were elected for that and not to be carried away by the petty ambition to seize power.

Salvador del Solar is a Peruvian lawyer, actor and film director. He was Prime Minister of Peru during the Government of Martín Vizcarra (2019)