Peru, a sure defeat 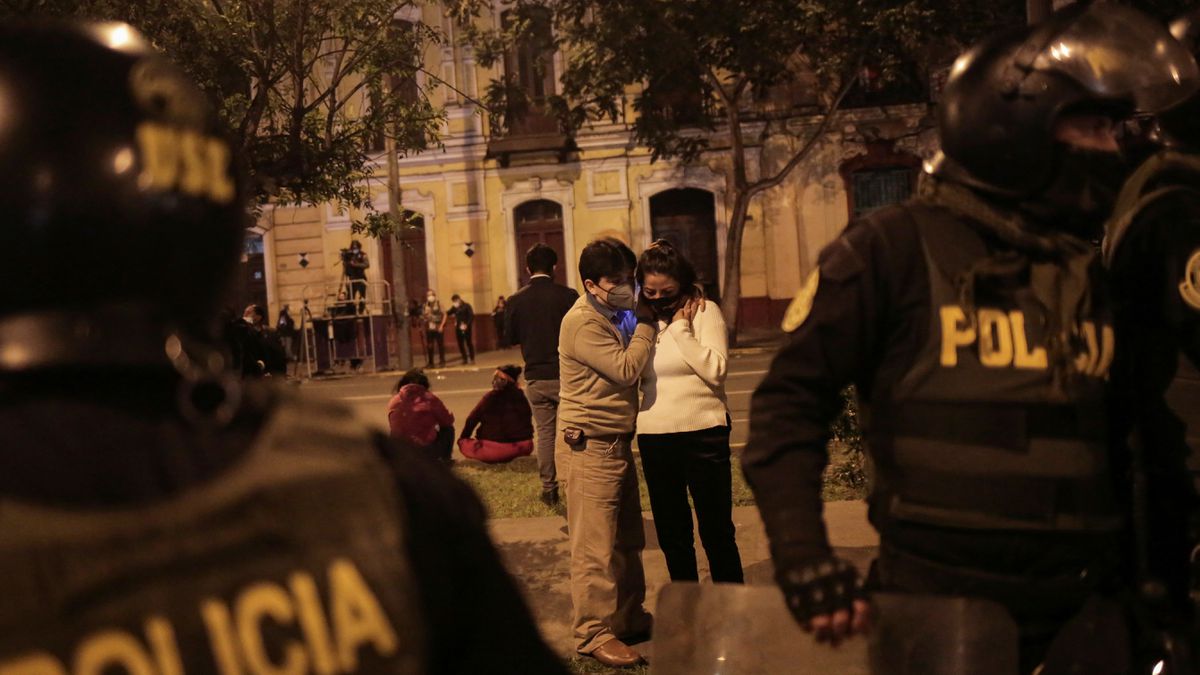 Keiko Fujimori and Pedro Castillo survived a mediocre first round that wiped out the candidates who in theory were favorites in the Peruvian elections. In other elections, their meager percentages would not even have allowed them to be among the first four places. Peruvian politics is a scam with a sure constant: the resistance of Fujimori. The political center was decimated because its leaders embraced a Republican discourse that never matched the national humor of a country devastated by the health and political crisis. We were a graveyard of incredulity and suspicion, because after the Lava Jato scandals and the Get vaccinated, every vestige of faith in our leadership was blown up.

The Peruvian social abyss, the one that historian Jorge Basadre spoke of as one of the reasons for being crushingly defeated against Chile in the War of the Pacific, again cracked deeper after the pandemic. Poverty reached 30 percent of Peruvians, recreating a scenario conducive to the rise of populist discourses. The official narrative of the second round in Peru has told us a series of inaccurate hyperbole about the real dispute at stake. It has been said that the ballot between Castillo and Fujimori was the battle of the defense of democracy against totalitarian communism, the brawl between the extreme right that faced the radical left, the fight between the economic model that was debated against the plan statist.

All these visions overlook the fact that this second round has essentially been a confrontation between the defenders of the system and its detractors. The defenders are perceived as winners of the set of liberal ideas that has governed Peru in the last 30 years since the reforms applied by Alberto Fujimori. On the other hand, the detractors, some who have even benefited from economic prosperity, denounce the mortal sin of the Peruvian model: “hortelanismo” (which essentially preached that economic growth would spill over the poorest and which had its most enthusiastic defender in former president Alan García). Hortelanismo has spread its wake of political neglect throughout the regions and rural areas of Peru, where we never worry about building inclusive political institutions.

Keiko Fujimori quickly scratched the field, positioning herself as a defender of the model and the only turn she tried was the clientelist (bonuses and distribution of the mining canon). We never hear him embody in concrete proposals what he preached as “forward change.” He never criticized the elites, leaving that free space for Castillo. He received the endorsement of establishment in full, more than conviction, survival instinct. Even old opponents who raised the flag of anti-Fujimorism like Mario Vargas Llosa joined him.

But she has also been accompanied by right-wing political leaders such as César Acuña, Hernando de Soto and Rafael López Aliaga, and most of the media have notoriously leaned in her favor (although it must be recognized that Castillo, either due to limitations or strategy decided to dodge many interviews). In an effort to stop the emergence of Castillo, many newsrooms and television channels fell to Keiko and became almost propaganda media, joined by the most important conductors of shows, television programs. reality in primetime and even some selected soccer players. This is how this electoral campaign has been: even the most secular spaces that linked our collective self-esteem with pins like football, which crowded us so much in the 2018 World Cup in Russia, have been politicized. Last Thursday, when Colombia thrashed us, in many homes even The coffee goals were shouted: the electoral campaign has led us to that degree of collective hysteria.

Pedro Castillo, on the other hand, preferred a craft campaign in which he abused the political rally and more than once intoned a speech that challenged the existence not only of the economic model, but also of fundamental institutions for democracy such as the Ombudsman’s Office and the Court Constitutional. If something worries Castillo at this point, it is not his radicalism, but his improvisation, his inability to build a coherent proposal. He delayed a political capital that distanced him between 12 and 20 points from Keiko Fujimori, and he did it with effort. Until last weekend we did not know who was finally part of his team. He has told us that the leader of his party, Vladimir Cerrón, will not even be a goalkeeper in his government, a question that is implausible. Cerrón, with a firm judicial conviction for crimes of corruption, is the mastermind of the Marxist-Leninist government plan that tried to moderate Castillo in the final stretch, and which seems to have been taken from a Stalinist library before the fall of the wall. He is, without a doubt, the darkest character among many others who accompanied Professor Castillo. Yet it has been fueled by years of political indifference. He has received support from the progressive left of Verónika Mendoza, whom Cerrón ostentatiously despised in the first round, but has called them back to the fold to reinforce a team that was falling apart. Even so, the most important support that has guaranteed his endurance despite a terrible performance in the second round has come from Peru’s largest political party: anti-Fujimorism.

As of press time, the quick count of Ipsos-Peru at 100%, the polling company that has historically been more accurate in the country’s elections, yielded 50.2% for Castillo and 49.8% for Fujimori. In this count, a representative sample of actual records is gathered throughout Peru and also at tables abroad. With a margin of error of 1%, this is a full-blown statistical tie. The latest official report from the National Office of Electoral Processes, at 68.18% of the records processed, showed Fujimori leading with 52.48% while Pedro Castillo obtained 47.52%, with a large majority of the records processed from urban areas, but in those that were missing most of the rural and foreign vote. A timba with an uncertain ending.

141 years ago, on June 7, Francisco Bolognesi heroically decided to defend the hill of Arica against the Chilean forces that vastly outnumbered the Peruvian resistance. That war not only depleted our economy and territory, but also wounded our collective soul. On June 7, 2021, we Peruvians are here like then, dragged into a social abyss into which a second round has thrown us without quarter, where classism and racism have raged with impunity and where all the seams that have patched up our democracy in the last 20 years begin to unravel. It is the hour of the sensible ones, those who have not fanatically rushed and who will be able to build the bridges, because whoever the victor is, failure is true if we do not heal wounds. At this point, I wish the next government, rather than ensuring ambitious reforms in Peru, that it survive. We must ensure that the democratic patches are not broken. Either we survive as a republic or we rush down the ravine, while the coin is still in the air; otherwise, Peru is nearing certain defeat.

Gonzalo band is a political analyst and university professor in Arequipa, Peru.