Peru: a judge rejects the request to return Keiko Fujimori to preventive detention 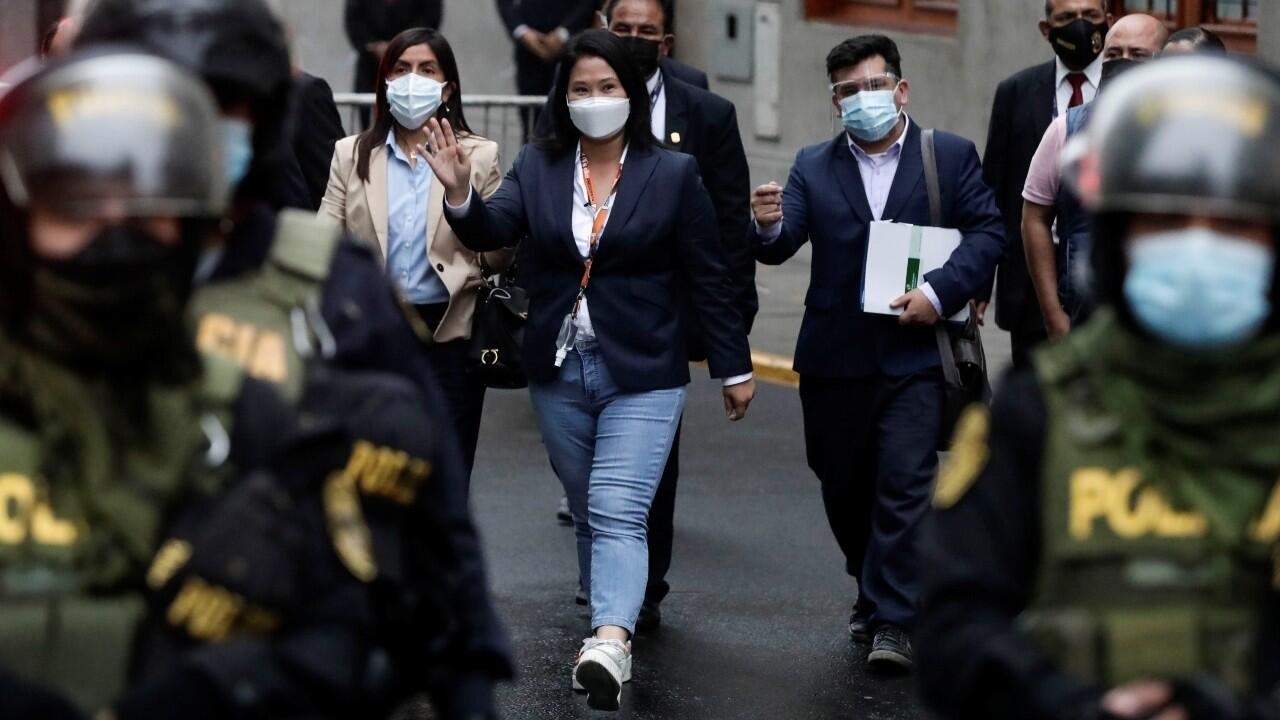 The Peruvian presidential candidate, Keiko Fujimori, may remain free while she is investigated for alleged corruption, linked to the Odebrecht case. This was determined by a judge on Monday, after rejecting the request of a prosecutor requesting up to 30 years in prison against the political leader. The decision is known at a time when Fujimori is fighting to annul votes in the elections on June 6, against the virtual winner Pedro Castillo.

Keiko Fujimori escapes from returning to preventive detention. The leader of Fuerza Popular will be able to continue at liberty with her attempts to refute the results of the June 6 elections, in which she contested the Presidency.

This Monday, Judge Víctor Zuñiga declared unfounded prosecutor José Domingo Pérez’s request to return Fujimori to preventive detention for allegedly failing to comply with the conditions of his bail, on charges of money laundering and corruption.

The daughter of jailed former President Alberto Fujimori is under investigation for allegedly receiving $ 1.2 million from Brazilian construction company Odebrecht to finance his previous presidential campaigns in 2011 and 2016.

Among the conditions imposed in 2020 on the presidential candidate to regain her conditional freedom is the prohibition of communicating with witnesses linked to the case and that is precisely what the prosecutor assures that Fujimori violated.

According to Domingo Pérez, Fujimori violated the restrictions by communicating with the lawyer and former congressman, Miguel Torres, whom the candidate recently introduced as a spokesperson for her political party amid accusations of alleged electoral fraud in the elections that she disputed against Pedro Castillo.

Pérez assured that Torres is a witness in the corruption case and testified before his office on September 3. Then, he requested that Fujimori’s order to appear with restrictions be revoked and that he be given preventive detention again.

However, this Monday and after listening to the prosecutor and the defense, the judge determined that the claim “was unfounded”, as he had not been given a warning and Fujimori’s bail had not been extended.

For its part, the defense pointed out that, although Torres is a witness in the case, he is not directly linked to the money laundering accusations, so the restriction would not be valid.

However, the local press reported that the judge requested strict compliance with the measures that were imposed last year as a condition for Fujimori’s release. Therefore, the political leader will not be able to communicate with Miguel Torres or other witnesses until the judicial process against him is concluded.

If it is not complied with, the prosecutor Pérez may request again that the candidate be detained.

The accusations against Fujimori, another point of tension after elections that have not yet defined president

The hearing against the candidate of the Peruvian right represented a potential flash point at a time of already high tension due to the second round elections on June 6.

Fujimori faced the socialist Pedro Castillo, who declared himself the winner after obtaining 44,058 more votes, after the scrutiny ended.

However, the Fuerza Popular candidate has refused to admit defeat and has requested the disqualification of up to 200,000 votes for alleged fraud, although the electoral authorities assure that she has not provided conclusive evidence.

Over the weekend, thousands of supporters of both candidates took to the streets to express their support and demand that the electoral jury reviewing Fujimori’s fraud claim be pronounced soon.

The elections pitted Castillo, a teacher and union leader with greater support in rural and poor areas of the country, against Fujimori’s free-market stance, coming from a powerful family whose patrons include most of the country’s urban elite.

Foreign investors, and particularly miners, are watching the process closely with concern over policies previously outlined by Castillo, which include raising taxes on his operations and rewriting the constitution.

For his part, Fujimori would stop and delay the judicial process against him at least until the end of his government, if he wins the elections.