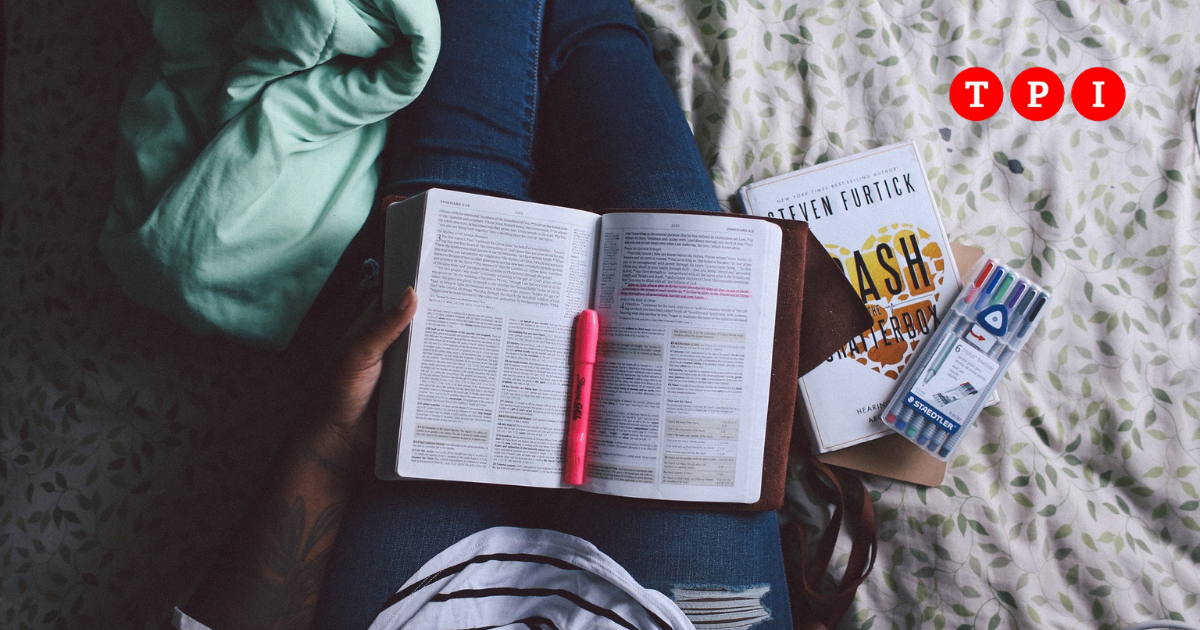 The wisest advice to follow is: “study”. Continuity, perseverance and determination are in fact the key to winning the challenges of every day and giving rhythm to one’s work. When I was little more than a teenager, between the ages of fifteen and sixteen, I found myself a job that I loved so much. Before going to school every morning I took my scooter, a bright red typhoon, and along the Pescara Riviera I arrived at a small local radio. Today it no longer exists, but at the time it was called Radiomania and occupied 900 Megahertz frequencies.

Following there were radios much more listened to, the local ones and then the national ones. But to me, a novice high school student struggling with the tools of communication, that radio looked like a BBC station.
So every morning, for two years, around seven o’clock, with rain or with the sun (but even with snow), I arrived on the radio, read the dispatches of the Ansa agency to which the radio was subscribed, I moved to the radio studio , I turned on the microphone and went on air.

An extraordinary experience that made me love communication and made me overcome that initial reluctance with a live broadcast. I did that job well, but I wasn’t – and I’m not today – a genius. I was simple constant. Like a drop that falls with regularity, I had become good at doing and redoing and redoing that same thing again, morning after morning.

In the end I believe that the winning key in what you do is in continuity, in perseverance, in the determination that is repeated day by day. Today we live a sort of addiction to the brilliant intuition, to the light bulb that turns on and generates revolutions. But basically it is not like that.
“Tip number one to study, tip number two to study, tip number three to study. You don’t make up Zuckerberg in the shower. There are infrastructures to study in, startups have to learn to do an apprenticeship, they have to go to the shop. They have to improve by applying. So you have to learn the trade slowly, one step at a time “, declared Enrico Resmini, CEO of the National Innovation Fund Invitalia Ventures Sgr and whom I had the opportunity to interview during the Startupitalia Open Summit 2021 event in Sardinia a few days ago (here to hear it again).

Persevering is the key to winning seemingly impossible challenges, to stand out from the background noise, to give rhythm to your work. Speaking of rhythm, there’s also all of this behind the Maneskin success story. As the press from around the world recalled in recent weeks, this rock group of very young Roman talents has gone over the years from performances in via del Corso in Rome to triumph on the roof of Europe, in the Eurovision 2021 global music competition in Rotterdam.

The ten thousand hour rule. Study, study, study. More: practice. Try and try again. In an essay that went around the world in 1993, the American psychologist Anders Ericsson, a professor at the University of Colorado, quantified the training necessary to excel: the estimated time is 10 thousand hours, or about three and a half years of intense and daily work, calculating eight hours a day. Ericsson analyzed a group of young violinists, but the step is short from music to business. So what is more the boundless genius or the constant training? David Epstein, analyzing the American baseball champions, concluded that talent is like computer hardware, while training is its software. Both are important and complementary.

Even if the proportions are not similar, at least according to the analysis of Ernest Hemingway. In the last century, the award-winning American writer argued that success is 1 percent inspiration and 99 percent perspiration, or sweat. And then anyone could excel in any discipline, applying themselves intensely. After all, this is what Seth Godin said, who I interviewed together with Fabio Grattagliano on the pages of Sole24Ore for the new book released at the beginning of 2021 “The rule”, published by Roi Edizioni (here the interview): “Creativity does not repeat itself, it cannot repeat itself. But the creative path still follows a pattern. It is a practice of growth, it is an endless dance, it is a path defined by resilience and generosity ”.

A few days ago he returned to this theme in the American edition of Forbes the entrepreneur Abdo Riani. The title is quite eloquent: “Visionaries against scientists in startups”. So argues Riani. “A few decades ago, when tech startups were a brand new thing, the success stories of the first wave of tech giants were mostly attributed to the genius of their founders. Because of this narrative, even the choice of many investors has been the mistaken one to look for charismatic, strong and visionary leaders to bet on, without carefully investigating the underlying objective economic reality, and all this over time has proved to be a very risky move. Today we can affirm that being exclusively a disruptive visionary is not a particularly useful element for innovating and creating value in a company “. A thesis taken up, in its own way, by a world-famous narrator. “Stubbornness, not talent, saved my life.” So said the great American writer Philip Roth, who passed away three years ago. And if he said so, you’d better believe it for real.