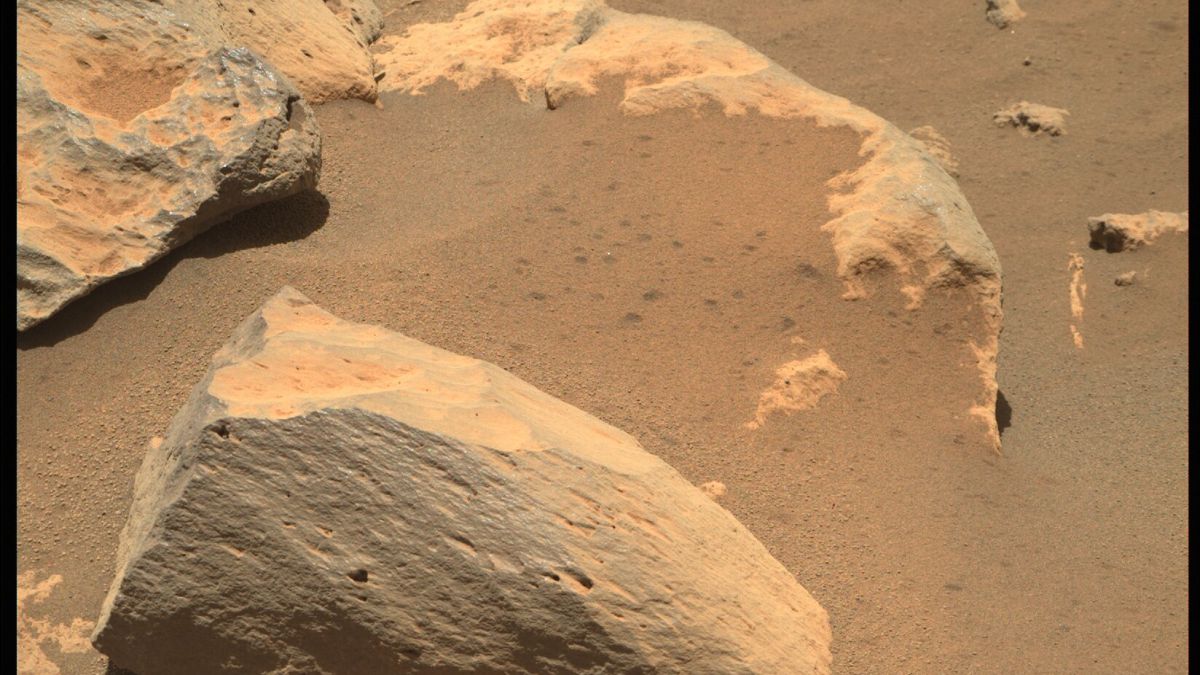 The Ingenuity Mars helicopter take off It has been delayed due to rotor error detected during testing. Meanwhile, the rover Perseverance He has not stopped working since he arrived on Mars on February 18. Located near the helicopter to capture images of his flight, he has continued investigating the surface of the red planet and the rocks that have been found along the way, because one of its objectives is to collect them to bring them to Earth. “I am getting ready to do some local science at the #MarsHelicopter viewpoint, while we wait for the first flight. I’ve been imagining some of the local rocks, ”the account tweeted on Wednesday.

That same day, NASA published on its website numerous images of nearby rocks, as well as of the Ingenuity helicopter with long-range sights. Since February, the rover has driven 0.17 miles (270 meters) from your landing site to the viewpoint of the airfield selected by the mission team.

Ingenuity is scheduled to take off this Monday

The NASA announced on saturday that Ingenuity Mars plans to carry out its first flight on Mars next Monday, April 19. “We are targeting Monday for the first controlled flight on Mars. Observe with the team how they receive data and find out if they were successful, “wrote the US space agency on its Twitter account. In turn, the Perseverance rover will support you by taking images, collecting environmental data and hosting the base station that will allow the helicopter to communicate with mission controllers on Earth.

The scheduled time for this first flight would be from 3:30 am on the east coast of the United States, while the data will reach Earth a few hours later, so They will carry out a live broadcast starting at 6:15 am. “Up, up and away! The ingenuity #MarsHelicopter is ready to make history ”, exclaims NASA.

The Spanish José Antonio Rodríguez Manfredi, responsible to NASA for a small meteorological station aboard the Perseverance, explained to Efe on Friday that the idea is for Ingenuity to rise about 5 meters, hold for 30 seconds, and descend on Mars. The main challenge will be that the Martian atmosphere is 1% of the density of the Earth, which makes that helicopter blades lack support to propel themselves, so you will have to spin them much faster than you would on Earth to get enough lift.

He also stated that the “18 to 19 minutes” lag in communications between the two planets is a sufficient period for make it difficult to control the aircraft in real time. “We cannot pilot it as we do here with a drone, we cannot tell it to accelerate, from the right to the left,” he said. Thus, from the NASA Propulsion Laboratory (JPL) in California they send general commands on elevation and acceleration, among others, which are barely “Parameters” for Ingenuity to “manage its own flight”.

What’s more, these signals go first to the Perseverance rover and the rover sends them to the helicopter, Y then they repeat the operation in reverse to arrive with the answer to Earth: “A whole choreography, as if it were a ballet work”. In this information exchange, it is expected that the vehicle will also send the first images of the Perseverance rover “from the air”, what Rodríguez Manfredi says will be “Another truly historic moment”.

Inside Sport: A team above all but above all a team

Estrella Galicia resists the covid without ERTE or losses