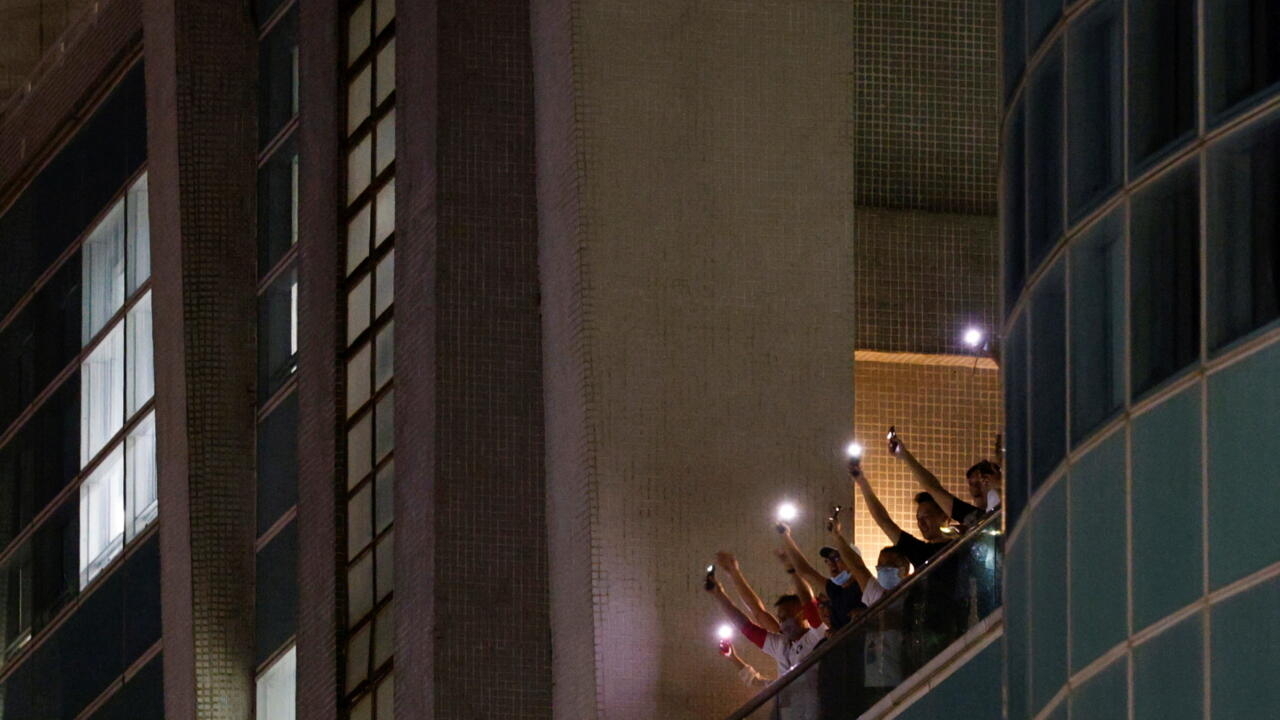 The ‘Apple Daily’ newspapers stop. The media’s newsroom made the decision for security reasons, after the Chinese authorities blocked their accounts and detained those responsible for the journalistic operation. A persecution based on the National Security Law approved a year ago by Beijing and widely criticized by different international organizations for its repressive provisions.

The Hong Kong newspaper ‘Apple Daily’ will publish its latest paper edition on Thursday, June 24, and will stop updating the website from midnight after the Beijing authorities freeze its assets and arrested those responsible in the name of the Security Law National, approved a year ago. The legislation punishes what the Beijing authorities consider subversion, secessionism, terrorism and collusion with foreign forces with penalties of up to life imprisonment.

This law cannot be disassociated from the massive pro-democracy protests in Hong Kong in 2019, which sparked a wave of persecution against protesters, opponents and independent media critical of Chinese interference.

On June 17, 500 police officers broke into the ‘Apple Daily’ newsroom to requisition the journalists’ material and arrest five of their executives. According to the Chinese authorities, cited by Reuters, “dozens of articles” in the newspaper “may have violated security law.

In August 2020, Chinese security forces had already searched the newspaper and arrested the owner, critical of Beijing authorities, Jimmy Lai. The media mogul is already serving prison terms for participating in unauthorized assemblies during the 2019 movement. However, last August’s arrest was motivated by accusations of “collusion with foreign powers,” according to Reuters. The same accusation used to arrest this Wednesday, June 23, the main editorialist of the medium.

The Apple Daily, created 26 years ago, and an outspoken defender of the pro-democracy demonstrations of 2019 in Hong Kong, is a “symbol of the division of Hong Kong society: for some champions of freedom”, for others a paradigm of sexism and sensationalism , according to the Beijing correspondent for France 24 in Spanish, Adrián Foncillas. The journalist cites as an example that the newspaper once referred to the Chinese in the interior as “locust plagues ravaging Hong Kong.”

Thank you to all the readers, subscribers, advertisers and Hong Kongers for these 26 years of immense love and support. We say goodbye to you, take care of yourselves “expressed the writing through a letter on the web. The media, which had 600 workers, argued that the closure decision is based on “reasons for the safety of the workers and considerations for the staff.”

Amnesty: “Anything could be considered a threat to national security”

The closure of the ‘Apple Daily’ raises the alarm about the repression of press freedom in Hong Kong, theoretically semi-autonomous city of Beijing. The stalking of the tabloid is framed in a context of increasing persecution of pro-democracy activists in Hong Kong by the Chinese authorities.

The National Security law, on which the accusations against the newspaper are based, was defined by Amnesty International as “dangerously imprecise and general: under its provisions, practically anything could be considered a threat to national security.”

The NGO recalls that immediately after the law was passed, the authorities began to use it to suppress legitimate and peaceful expression.


Different groups in favor of human rights, in defense of press freedom and Western governments, such as the United Kingdom (ex-metropolis of Hong Kong) have criticized the attack on the ‘Apple Daily’. However, the Chinese authorities consider the criticism to be interference in the country’s internal affairs.

As reported by the British agency, the Hong Kong and Beijing authorities have reiterated several times that “freedom of the press is respected, but it is not absolute.”

The news of the closure of ‘Apple Daily’ coincides with the first day of trial for the first defendant under the new security law. Tong Ying-kit, 24, is charged with terrorism, incitement to secession and dangerous driving. The events are attributed to ramming a group of policemen on a motorcycle carrying a flag with a rebellious slogan. The young man has denied the facts.

Supporters of the National Security law, officially named the Law of the People’s Republic of China to Safeguard National Security in the Hong Kong Special Administrative Region, consider it “necessary to restore essential stability in the financial hub.”